The “Root of Bitterness” in Hebrews–It Isn’t Unforgiveness

This post is part of a much larger project  exploring the Biblical concept of “bitterness,” looking at all the occurrences of the Hebrew and Greek words as they’re used throughout the Bible.

This is important, because the accusation of “bitterness” is often used to shame and blame and silence victims and survivors of abuse. (I’ve been listening to many sermons and reading articles and books to that effect.)

I believe the Bible makes it clear that bitterness definitely doesn’t always mean what we’ve been led to think it means.

Note October 2016  Untwisting Scriptures that were used to tie you up, gag you, and tangle your mind, has devoted a chapter to the truth of the “root of bitterness,” reworking the information in this blog post and adding many quotations, both from those who teach it as a tool of shaming and blaming those who have been oppressed, and from those who have understood it to mean what is presented here. 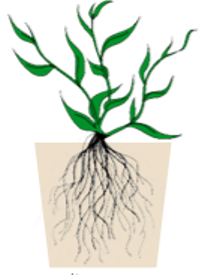 Hebrews 12:15 is one of the most often preached-on passages of Scripture to tell victims and survivors of abuse that their primary—and perhaps only—problem is unforgiveness. Here it is:

See to it that no one fails to obtain the grace of God;

that no “root of bitterness” springs up and causes trouble,

and by it many become defiled;

People are told that their continuing to be troubled by their abuse is evidence of a “root of bitterness” in their lives, which will defile others.

So . . . how can we avoid being like the sermonizers and writers who simply assume that the “root of bitterness” there is unforgiveness? How can we figure out what it really is?

This entire post has now been moved to BJUGrace, so you can read it there.

I appreciate the time and dedication it took for you to research and address this topic. Scriptures like this phrase, used incorrectly to admonish victims of abuse, can cause great harm. Thank you for getting to the root of this issue. (Forgive the pun!)

Great study. Brought new insight to me. Thanks dear Rebecca.

You have hit the nail on the head with this, Rebecca. I am finding that there are MANY false doctrines in the church because those who are charged with rightly dividing the word of truth don’t do their homework. They don’t consider historical, literary, and language contexts. They rely on surface interpretations of translations that often have minor errors but turn into major ones when doctrines are built from them. They don’t let Scripture define Scripture. They don’t consider the context of the passage immediately surrounding, in light of the chapter, book, or the Bible as a whole. Bravo! Thank you for your diligence in this.

The other kind of hypocrisy | Here's the Joy

[…] ignoring their neighbor next to them who is dying. I pray they will become willing to expel the root of bitterness from their midst and stand up to protect those among them who are being […]

this topic has lifted a heavy burden that I couldn’t comprehend how to deal with internally, I knew it wasn’t right but I could not find the answer on my own, it’s given me a direction of hope in my season of lamentation thank you!

I’m very thankful to hear that. It’s all right there in the Scriptures.

How Jay Adams Would Counsel a Pedophile | Here's the Joy

[…] the “bitter root” (the sociopathic abuser) is to be cast out of the church. (More about that at this blog post, in my first Untwisting Scriptures book, and in this conference […]