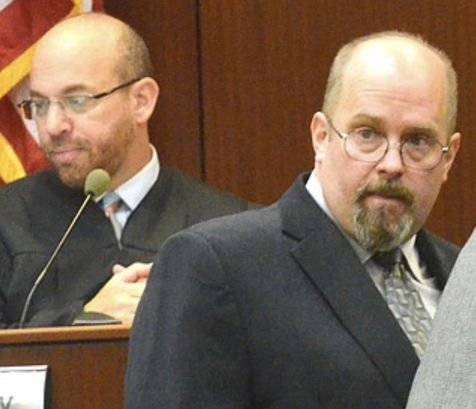 I’ve been reading about the Thomas Chantry trial at Thou Art the Man, and the shameful cover-ups of his abuse of young boys. Such a similar story to so many others, so many broken lives, so many years, so much harm, so much evil behavior from those who claim to represent Christ.

That, and an unrelated conversation I had yesterday, got me thinking again about conspiracies. And since I’m a stickler for defining words, it seemed like it was time to say something about it here.

A conspiracy is NOT a loony notion that a mysterious “they” is out to get us.

A conspiracy IS a secret agreement (either with or without words) agreed upon by two or more people, to carry out acts illegal and/or immoral, for the purpose of retaining or amassing money, power, pleasure, and/or influence. Anyone who knowingly participates in the conspiracy, even if they don’t amass money or power (for example, participating out of fear or taking advantage of a prostituted child) is also complicit in the conspiracy.

Examples of conspiracies in the Bible include these:

Of course these people were all very obviously the enemies of God. But what about conspiracies among those who claimed to be the people of God?

It’s not uncommon for me to hear an abuse survivor describe his or her story and then say something like, “Nobody believes me, and I barely believe myself. I know this sounds crazy. It sounds like a conspiracy, and I’m not one of those people!”

Of course she means one of those people who believes in the notion that a mysterious “they” is out to get us.

“And what’s more (and what’s been hard for me to wrap my head around in the past ten years or so), is that many, many church and parachurch leaders and their supporters engage in conspiracies, as money, power, reputation, and pleasure have become more important to them than the Lord Jesus Christ.”

(Or perhaps those things always were more important, and their religion has always been a sham.)

Then I might go into an explanation of the conflation of “conspiracy” with “conspiracy theory,” a phenomenon I’ve seen happen in the last ten years or so, which is used as a tool to further discredit those who observe conspiracies, to make us all look loony, as well as the use of nicknames like “tin-foil hatters” and “flat-earthers” we’ve received simply for acknowledging that secret plans for the purpose of power and/or wealth—plans that are illegal and/or immoral—really do happen.

Sometimes the conspiracy is unspoken, like say, when Jack Hyles, pastor of the megachurch First Baptist of Hammond, and Father of the Bus Ministry, diverted church funds to his own pocket and allegedly committed long-time adultery with his mistress who was also his secretary, I can’t even imagine that he needed to have a meeting with his staff to tell them to cover his financial shenanigans and his relationship with his secretary. I’m guessing they had been so brainwashed to think of him as a god that they engaged in the conspiracy to deceive his followers without any need for a briefing.

And besides, evidence indicates that many Hyles men were doing their own illegal and/or immoral activity, so part of the conspiracy among his followers would have been the spoken or unspoken agreement, “I’ll keep mum about your wicked behavior and you’ll keep mum about mine.”

When University administrators or leaders of a network of churches or denomination (as in Thomas Chantry’s case) or other leaders of Christian organizations engage in a cover-up of crimes, they don’t necessarily have to discuss the details of it. They can all just agree that “We don’t talk about certain things, in order not to bring reproach on the cause of Christ, of course,” by which they actually mean reproach on one of their “own” people (as Chantry was) or their own reputation. Heaven forbid that their reputation suffer, of course.

You might notice that several of the Scriptures I referenced above cite instances in which the conspirators wanted someone dead. So if someone were to come to you and tell you that religious authorities from her past (her former pastor, Christian school teacher, highly respected ex-husband, etc.) want her dead and might take action to make that happen, would you inwardly roll your eyes and think, “Oh come on now. These things just don’t happen. You’ve been watching too many movies.”

Or will you acknowledge that yes, there is great evil in the world and even in our churches and these things just might be the case even now, even here?

When I explain the truth about conspiracies and conspiracy theories to an abuse survivor, I often sense a wave of relief. Often she has perceived that there is something bigger than what she can see work in her story, even when she doesn’t understand how she plays into it.

A couple of years ago I had a dream.

I dreamed that I and my family stood looking at the skyline of our city, when suddenly a dark and evil shape arose far, far above the skyline. The evil was overwhelming, and I woke up in a cold sweat, shaking, with my heart racing.

Then I remembered that I had recently learned that I could ask the Lord to finish my dream, so I did, and easily slipped back into it.

Immediately I saw the figure of Jesus Christ, far, far, FAR bigger than the dark evil shape. His whole body shone bright white in contrast to the blackness, and His arms were outstretched. I could see the nail scars.

So what had been a nightmare was transformed to a hopeful dream that I love to remember and tell others about. It’s a constant reminder to me that though the evil is great, our God is far greater.

So in the midst of darkness, there’s the joy for the people of God.

Don’t deceive yourselves into thinking the evil doesn’t exist, and don’t be too fearful to look at it.

But always remember that our Lord Jesus Christ is far greater. He is the Champion, not only in eternity, but even for the battles we face. Even now. Even here.

I really like this unpicking of underhanded motivations for abuse. I like the fact that your understanding doesn’t focus entirely on a secular psychological approach. You talk about the reality of the situation from a biblical point of view. I was about to delete this email until I caught a glimpse of the subject heading which has strong resonances for me.

Thank you for these words of hope and joy!

great insights! thanks Rebecca… another conspiracy is Jezebel’s conspiracy to kill Naboth (I kings 21)…

I wonder if such agreements were going on in a former church when 2 singles were “dating” for over a decade, and the church refused to say anything. People wanted to believe the opposite of what their eyes saw. Another lady in the same church was living with her boyfriend and was gone in a couple of weeks when discovered. (She must not have been in the club.)

Christians and conspiracy theories: a response to The Gospel Coalition | | Here's the Joy

[…] conspiracy, as I’ve explained in another post a while back, is not a loony notion that a mysterious “they” is out to get […]