Should We Refuse to Talk About the Sins That Are Done in Secret? 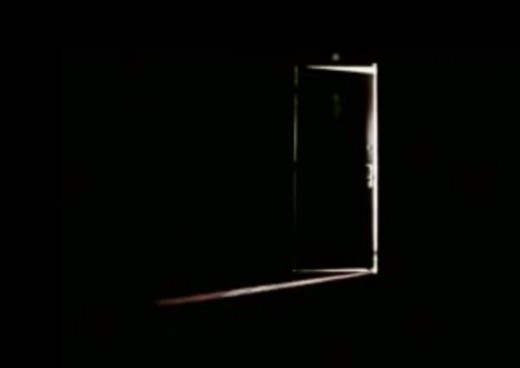 It is a shame to even mention what the disobedient do in secret.

It is shameful even to talk about the things that ungodly people do in secret.

It is disgraceful even to speak of the things which are done by them in secret.

The things that they do in secret are shameful even to mention.

The thing that they do in secret is an abomination to mention.

On the basis of this verse, many church leaders have said, “Don’t talk about the evils of sexual abuse, especially sexual abuse in the churches.”

But I’m about to go to what Boz Tchividjian called a “historic” conference called “Open Your Eyes,” presented by G.R.A.C.E. (Godly Response to Abuse in a Christian Environment) and the Julie Valentine Center, the local rape crisis center in Greenville, SC.

They’re going to talk about it.

But what about Ephesians 5:12?

Are we really supposed to keep our mouths shut?

Listen to Ephesians 5:11, the verse just before the one in question:

Have no empathy-and-participation with the barren efforts of obscurity, but instead, expose those sins with a goal of turning hearts to truth. (That’s my own loose paraphrase, based on the way the Greek words are used elsewhere in the New Testament.)

So then, if we’re to believe the church leaders who say “sexual abuse is too shameful for us to talk about,” we’d have to think that Paul must have followed that forceful statement in verse 11 with something that basically means (verse 12), “You must expose sins, except for the ones that are done in secret, because they’re too shameful to expose. Don’t expose them.”

You’ve got to be kidding. Really?

Then in verse 13 he goes on to say that light—the light of truth, the light of Christ—will indeed expose these deeds.

How can he possibly be saying to keep them in the dark? What kind of schizophrenic is he?

Matthew Martellus (Abolish Human Abortion) said it well when he said that Ephesians 5:12 “should not be interpreted as a prohibition against mentioning certain acts, but as a statement that certain acts need to be exposed all the more, because they are so shameful. And they are so shameful that people consider it taboo to even mention them! When those who walk in darkness consider something taboo, you know that thing is especially evil. And that is what Paul is trying to get at. A good paraphrase of verses 11-12 might say something like this: “Take no part in the spiritually unprofitable works of darkness, but rather expose and repudiate them. For some of those things done in secret are so bad that they cannot even be mentioned in polite company.” (Emphasis mine.)

Some sins may be joked about, but this one isn’t. Even the evil perpetrators won’t mention their evil deeds in polite company.  This is where we are with the issue of sexual abuse in our churches.

Shine the light. Open your eyes. Stop with the gag orders. Let victims talk. Lead them graciously to the Savior, but let them talk. Speak out yourself. Cry out against these terrible crimes.

Some things done in secret are so bad that they can’t be mentioned in polite company. All the more reason to bring them out in the open.

And may the warm light of Jesus Christ shine hope and healing into the hearts  of the wounded ones.

Ephesians 5:12 “For it is a shame even to speak of those things which are done of them in secret.” | BJU Grace

[…] For a more lengthy discussion of this Scripture, see this blog post. […]

Thank you for this post. It has much meaning for me. It is an encouragement at this time and stage in my life.

Jaycee Lee Dugard was kidnapped and abused for 18 years by her kidnapper. How can she heal her ordeal if we tell them to keep it a secret?

Why do we have courts then? The devil destroy God’s children and the Pharisees of our churches do not want to hear what happened to them. If they have no families who love them and heal them where do they go to heal?

Hello sister. Thanks for your article/blog. I haven’t had a chance to read it through yet since I’m at work. The subject is what caught my attention. If I mention something you’ve already covered, forgive me.

I think it would be good for you to read the post before responding, though, Ken, since I address what you say here. God does say to expose the wickedness, and if we never talk about it, we can’t expose it.

I thank you for speaking on this subject. I believe what Paul is saying let me give an example ;a person steal in secretly ,sexual abuse in the church are done in secretly. We is to point out both sin but the sexual abuse sin is not to be talk about in great detail because of the darkness of the detail in order to keep the communication Holy both is to be pointed out.

I see a little different slant on this. I am certainly for exposing sexual abuse without going into specific details of the acts themselves. However, it has always bothered me that some people go into unnecessary details about their past lives when giving their testimony. Just say that I was in darkness and sin instead of memorializing the events to be played out in the thoughts of others. Some folks make a shrine of their past which I am sure Satan loves. I think this may be one thing the verse in Ephesians was referencing. Don’t keep concentrating on your past, or speaking about in detail to others. Put off the events done in darkness and walk in the Light as He is in the Light. Focus on Him, not them.

That’s not what is meant in these verses at least in my interpretation, to each his own. Also, child rape, torture and sacrifice has nothing to do with Churches anymore or less than Hollywood, the ultra. Elite, and yes in our Government. Your thinking is to small because everything you know, which is only a little, everything you have pretty much been taught and understand is a lie. That’s not bold statement. Its the TRUTH.

It does seem like quite a bold statement that everything I have been taught and understand is a lie. And if you believe child abuse has nothing to do with churches, then at the very least you are not paying attention to the news.