Sixty years is one of those zero milestones, you know. So I’m remembering.

I remember that as a young person I didn’t like my name. My sisters had names that meant “lady,” “little lamb,” and “princess.” My name? It meant “snare” or “restraint” or “binding.”

Great. Just great. It was some sort of curse, I thought. I had visions of deep dark pits with nets over them and bear claw traps and little bunnies with broken legs.

My mother tried to help me “reframe” the meaning of my name to see it as my “snaring” men with my beauty . . . but especially to a shy and awkward teenager, that just made me feel over the top uncomfortable.

But then in college a young man gave me a wise word, a word of hope about my name.

I shrugged slightly and looked down. “I know.”

He pressed on. “It reminded me of this song.”

O to grace how great a debtor daily I’m constrained to be.
Let thy goodness, like a fetter, bind my wandering heart to Thee.
Prone to wander, Lord I feel it, prone to leave the God I love.
Here’s my heart, O take and seal it, seal it for Thy courts above.

I looked at him as if he had just given me a precious gift.

He added, “So I see you kind of like a fetter to help bind people’s hearts to God.”

He couldn’t have possibly said anything to encourage me more. I don’t know where he is today, but if I could I would thank him, even now forty years later.

As I’ve become more aware of spiritual darkness and the spiritual battles that rage in the heavenlies—especially in interactions with two or three particular friends who are sex trafficking survivors—I’ve been learning more about how important it is for the hearts of those who have been shattered to be sealed—bound, held, even fettered—for His courts above.

This sealing for His courts above is impossible to accomplish through coercion or manipulation or threats. Instead, it is accomplished through love, and the loving offer of the Kingdom of God through Jesus Christ.

It’s also accomplished through warfare prayer against the powers of darkness, something I’m still learning about. (In some ways I still feel like such a child.)

But the meaning of my name comes back to me.

Some people have been bound with ropes of lies, threats, confusion, and trauma. (In some cases physical ropes have been used, but some abusers are so expert at their mental manipulation that they don’t need those.) They have been bound and fettered with an identity—a name—that has cursed them and held them in bondage to darkness.

The rope with the millstone attached with which Jesus threatened anyone who hurt one of His little ones? Well, the ones who were hurt as little ones might sometimes think that they’re the ones who deserve to have that millstone tied around their own necks. . . . For no other reason than that they have been bound up with lies. 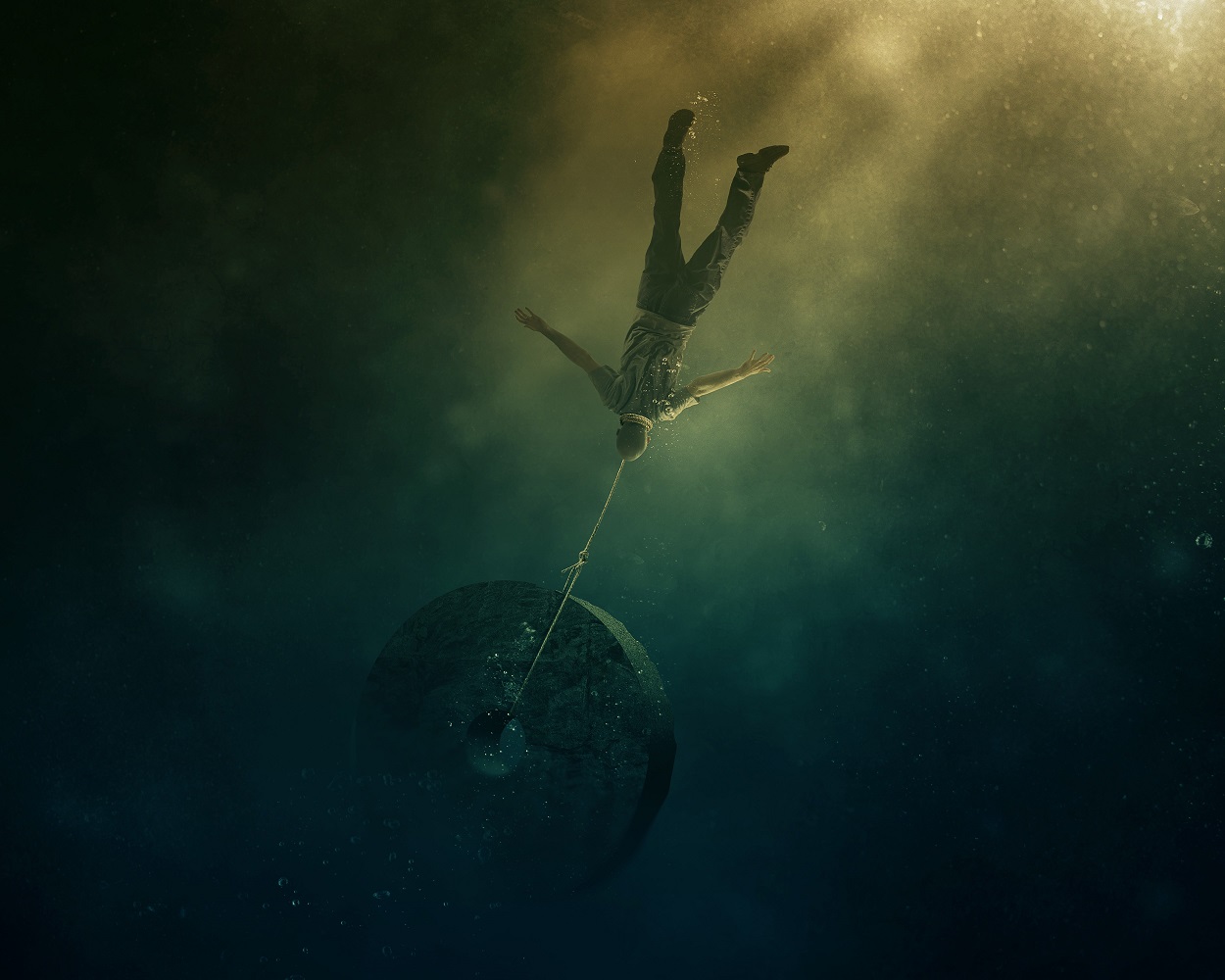 A couple of years ago as I was praying over this very kind of situation, an old song came to mind that reminded me of the song that reframed my name.

I’ve found a Friend, O such a Friend; He loved me ere I knew Him,

He drew me with His cords of love and thus He bound me to Him.
For round my heart so closely twine those ties that none can sever
For I am His and He is mine for ever and for ever.

When I told one of my sex trafficking survivor friends about these songs and the meaning of my name—“reframed”—she reminded me of Psalm 147:3. “He heals the brokenhearted [the Hebrew language implies broken in the context of violence] and binds up their wounds.” She observed that the binding is intrinsic to the healing.

Yet it was I who taught Ephraim to walk; I took them up by their arms,
but they did not know that I healed them.
I led them with cords of kindness, with the bands of love.

“He came to bind the brokenhearted,” she said. “And He uses people to help with that.”

My name is Rebecca, and I am sixty years old. I look around at a house that is comfortably cluttered that no longer seems like a Goliath. I know now that there are far bigger Goliaths to face.

My name is Rebecca, and I am sixty years old. I still make ministry-related mistakes all the time—made another one just this past week—but my heart’s desire is through love to provide a sealing, binding, and fettering for the courts above of our great Savior and Redeemer, Jesus Christ.

My name is Rebecca. I will not be ashamed to say it. I am a fetter. I am a binding. I am one who seals. I am a cord of love. 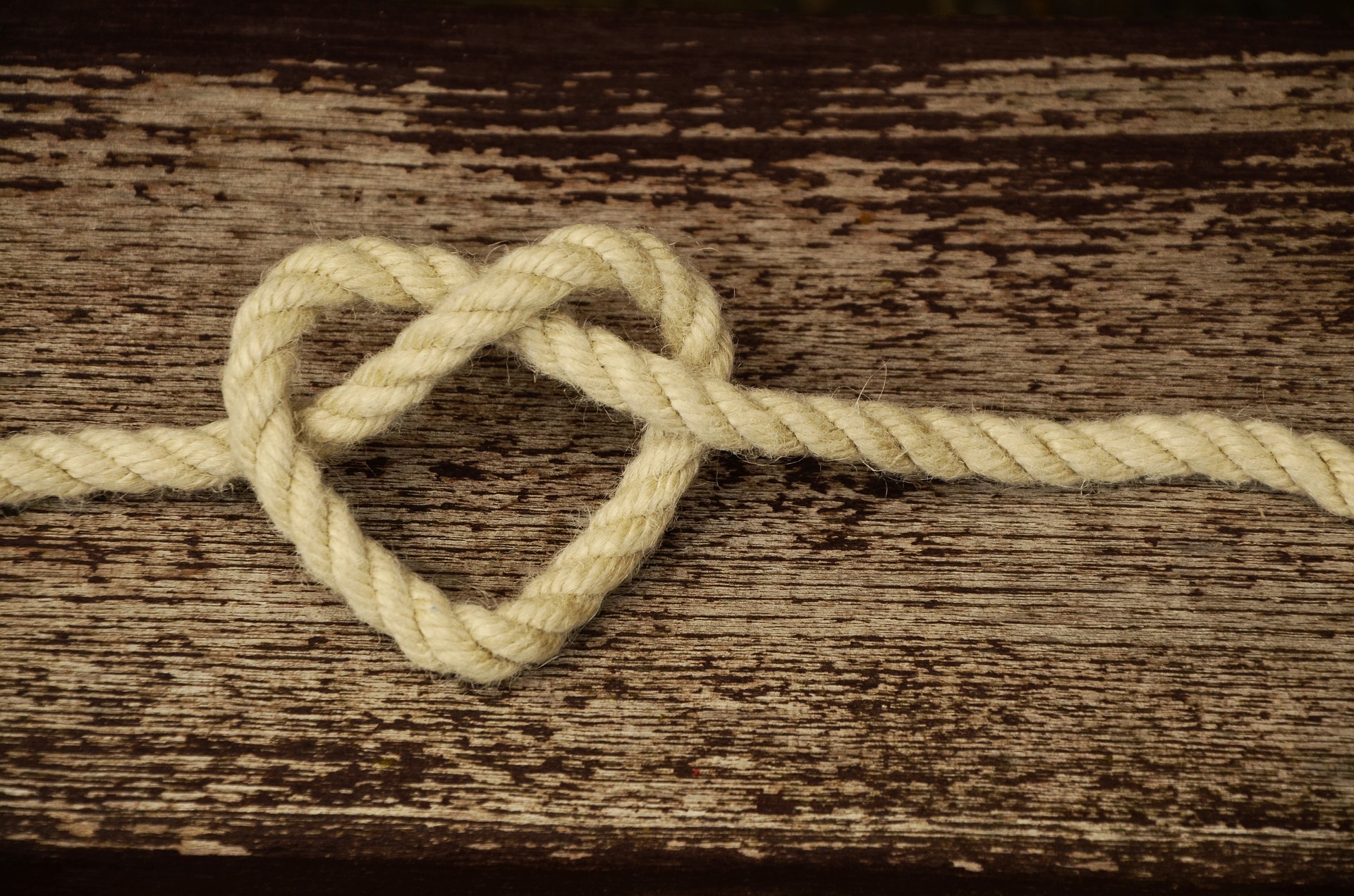 Oh, Rebecca. This is lovely. So very lovely.

What an eye opening, lovely article. I’ve never cared for my name, either, and now I want to look it up and see what it means, if anything. I appreciate your openness and honesty. I really enjoyed this post.

wow! Just wow! I’m so glad I didn’t skip over this as I intended (I think the dead rabbit got me :] ) … we have so many things in common, I am just a bit taken aback! You beat me to 60 but not by much, and I could have written the exact same about my thoughts and feelings of where I was way back when and I never liked my name, either. It took years to get over it. My first name means “grey fortress” … doesn’t that sound dismal, empty and dreary? I thought so for a very long time. Until God came and showed me the verse about Him being my ” strong tower”!!! He is so good!! Then there is my middle name, which is after my psychotic, lunatic aunt!! Why???? I couldn’t even tell you the meaning, I would just like to forget it altogether, but have reconciled to “redeeming” it, thanks to the counsel of my wise husband.
Anyhow, I said all that to say, Thank you for sharing your journey, especially this part. I can only hope to be as useful to my Lord as you when I hit 60 …
Thank you again!!!

Ha ha! Thank you for telling a bit of your own story too, Leslie. (And those dead rabbits, they’ll get you every time.)

This is beautiful, Rebecca. Thank you for sharing this. My name means “princess,” yet I have been treated more like a slave in a destructive marriage which lasted the majority of 2 decades. I am just now mentally and legally starting to get out and fly free. The meaning of my name is one thing God uses repeatedly to pull me closer to His gentle embrace of guidance and healing, reminding me of who He says I am.

I’m so thankful to hear that.

Oh thank you for writing this entry.
I recently came upon Hosanna Poetry; she perfectly portrays the journey to receiving my new name –

My name is also Rebecca, and I am turning 60 next March, so this resonated with me on so many levels.

Thank you, Rebecca! I really like your blog. I applaud you for coming forward and speaking boldly about being a rape survivor. And for knowing that the love of Christ is bigger even than that.

And speaking of Jesus carrying or dragging you (as you did on your blog) . . . I just feel like I should put this here, because it relates too: https://heresthejoy.com/2013/01/the-thick-darkness-where-god-was/

Oh the stories of mine you have heard without condemnation! The compassion and kindness you continually show is a binding to hope and life; a constant reminder of God’s love.

I’m so grateful to you and how well you wield your name.

Thank you, friend. I love you.

When you put a frame around a quilt it is called binding a frame. If you think about what makes a quilt it was often the best parts of used up, torn, well used clothing.

The bits of remnants left behind fashion a quilt making something used , ripped and ugly into something pretty and most of all bring warmth and comfort .

So Rebecca, you are taking the shattered, ripped, used pieces of womens lives helping to put them together and are the binding frame around a new work of art.

Thank you for your kind words, Bunkababy.

Oh my, the selected images — from the ensnared dead bunny to a heart of rope. 🙂

Being a good friend to other women, especially providing help to those younger women who have been ensnared in the clutches of evil persons…. its invaluable.

One time I was living on the street, traumatized to no end, and this godly, older woman came along and befriended me, helped me, and shared with me her story, and made sure I felt like I had a chance at making it through the hell.

I’m sure your book is great. I like your blog so far. And names are something, aren’t they? I have yet to like mine but it’s there and someday I may grow into it.

Based on my horrendous lived experiences, I think most people are destined for hell and are to be avoided. Us remnant women are rare and we need to be there for other women, especially as there is so many abused women.

I don’t get the sense of any spring-loaded trap or hunting snare from you, but I hear you about the whole doom and gloom reaction to a disliked name. Thanks for such lovely honesty in your blogging and sharing. 🙂

Thank you so much, anonymous, and I’m so thankful that older woman showed up for you in your life. May there be many, many, many more showing up for the younger women all around us who are in need.