“Erring On the Side of Grace” When it Comes to Repentance?

Recently a friend wrote to me about a church in which the well-meaning elders choose to believe anyone who claims to be repentant, even those who have been living a double life (such as a well-respected church person who turns out to be a secret abuser or adulterer). She said,

“They say they want to believe the best and take people at their word. They would rather err on the side of grace.”

Right off I knew something was wrong with that statement. In the case of someone who has been living a double life, we dare not take that person at face value. It would be not only foolish, but potentially destructive, to do so. 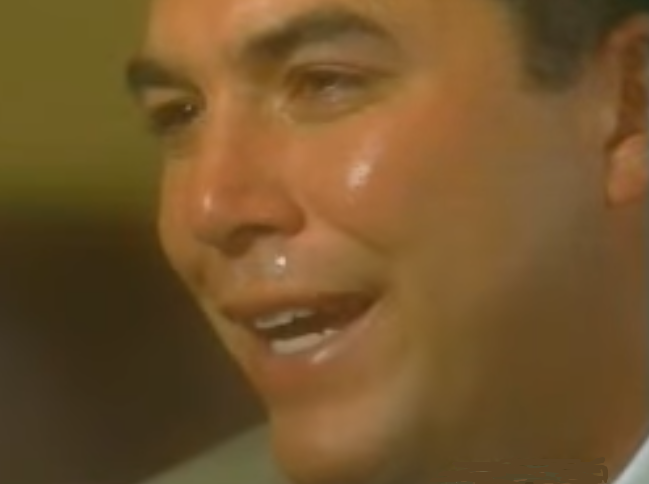 Scott Peterson, convicted murderer, shedding crocodile tears in a 2003 interview. His were tears of “sorrow” rather than “repentance,” but they show how quickly and easily some people can manufacture fake tears.  If you’re not familiar with the story of his conviction of the murder of his wife Laci in 2002, you can see more about that here: https://www.youtube.com/watch?v=-VGi_HBF1to

On which side shall we err?

When people say they want to “err on the side of” anything, they’re acknowledging that it’s easy to make a mistake. When it comes to receiving a show of repentance, the ways to err seem to come down to two main possibilities:

You can be cynical, refusing to believe anyone who claims repentance.

Or you can be gullible, believing what you’re told without question.

When church leaders say they want to “err on the side of grace,” what they’re really saying is that they would rather be gullible than cynical.

Apparently gullibility feels more like grace. But gullibility isn’t any more grace than cynicism is.

Grace is the power of God at work  in His people in a variety of ways that flows out to others, by the power of the Holy Spirit.

But “erring on the side of grace” is an attractive option for busy pastors . . .

Church leaders want to see good things happen in the lives of their people. If someone who has been living a double life repents, they can thank God, breathe a sigh of relief, and record a success.

That’s one more thing wolves are counting on.

But “grace” will wisely recognize that evil hides in our midst

This is most true in the cases of ones who have presented themselves as good while secretly doing evil.

II Corinthians 11:12-15 For such men [those who claim they work on the same terms as we do] are false apostles, deceitful workmen, disguising themselves as apostles of Christ. And no wonder, for even Satan disguises himself as an angel of light. So it is no surprise if his servants, also, disguise themselves as servants of righteousness.

II Timothy 3:12-13  Indeed, all who desire to live a godly life in Christ Jesus will be persecuted, while evil people and impostors will go on from bad to worse, deceiving and being deceived.

“Grace” will look to the Holy Spirit for discernment

Though no one is infallible, the Lord has given us prayer and the Holy Spirit to help us in our discernment, especially when it comes to those who have been looking good in public while doing evil in secret.

I John 4:1  Beloved, believe not every spirit, but try the spirits whether they are of God: because many false prophets are gone out into the world.

Ephesians 5:6-17 Let no one deceive you with empty words, for because of these things the wrath of God comes upon the sons of disobedience. Therefore do not become partners with them; for at one time you were darkness, but now you are light in the Lord. Walk as children of light (for the fruit of light is found in all that is good and right and true), and try to discern what is pleasing to the Lord. Take no part in the unfruitful works of darkness, but instead expose them. For it is shameful even to speak of the things that they do in secret. But when anything is exposed by the light, it becomes visible, for anything that becomes visible is light. Therefore it says, “Awake, O sleeper, and arise from the dead, and Christ will shine on you.” Look carefully then how you walk, not as unwise but as wise, making the best use of the time, because the days are evil. Therefore do not be foolish, but understand what the will of the Lord is.

When the crowd was angry with Jesus, and He replied to them, He closed with the words of John 7:24, “Do not judge by appearances, but judge with right judgment.” He expects us not to be deceived, but to exercise spiritual discernment.

“Beware of false prophets, who come to you in sheep’s clothing but inwardly are ravenous wolves. You will recognize them by their fruits. Are grapes gathered from thornbushes, or figs from thistles? So, every healthy tree bears good fruit, but the diseased tree bears bad fruit.“

Instead of erring on the side of cynicism, those who receive a claim of repentance can watch for fruits of repentance (character qualities rather than a to-do checklist), just as John the Baptist told the Pharisees they needed to bring forth in Matthew 3:8.

Instead of erring on the side of gullibility, those who receive a claim of repentance can be hopeful, that God will be at work in the lives of at least some of those who claim to be repentant for their  sins and that their lives will eventually bring forth the fruits of repentance.

The fruits of repentance? They’ll look a lot like the fruit of the Spirit in Galatians 5:22-25, and will look very different from the lusts of the flesh, described in Galatians 5:19-21.

The life of integrity will be lived the same in public, in private, and in secret.

Choosing to gullibly believe a two-faced person who claims repentance avoids the hard work of follow-through to make sure there is changed fruit to accompany the claims of change. That unwillingness to be discerning is almost like putting a sign up over the entrance door of the church that says “Wolves Welcome.” Church leaders who choose to “believe the best and take people at their word” are creating a prime environment for those with double lives.

In their desire to be as harmless as doves, many Christians have become as wise as sitting ducks. Rather than “erring on the side of grace,” they err on the side of foolishness.

That’s not to say if we do it right, Christians will never be deceived. We’re fallible, and wolves in sheep’s clothing can be extremely deceptive.

But we can determine to prayerfully seek the guidance of the Holy Spirit and gain more understanding about the ways the wicked operate. We can be watchful and on guard.

Harmless as doves, but also wise as serpents.

Thank you for this post.
I am surrounded by churches who choose to “err on the side of grace”. All my abusers are given grace while the onus has been on me to just keep on smiling. AND they wonder why I don’t feel safe or welcome in their congregations?
Besides the deep wounds of ongoing abuse I am expected to accept the spiritual abuse of the churches. 🙁

I’m so sorry. There are many of us who are praying for God to set these things right.

It’s odd how they love to “err on the side of grace” in welcoming abusive creeps–hopefully repentant–back into the fold. Yet they often condemn the victims of the abuse and offer them no benefit of doubt when it comes to their motives. What gives?

I have some thoughts on that. It would be worth another post, most likely.

Thank you for not jumping on the opposite side which says that because a few abuse the concept of grace we must be tough to the point where we end up crushing the truly struggling.

Oh heavens no. I believe Christians should be neither gullible nor cynical, but should be guided by wisdom and Holy Spirit discernment. Just “being tough” is, as you indicate, a similar error, in that it’s being led by the flesh rather than the Spirit.

Wow!! Im just now getting to read this