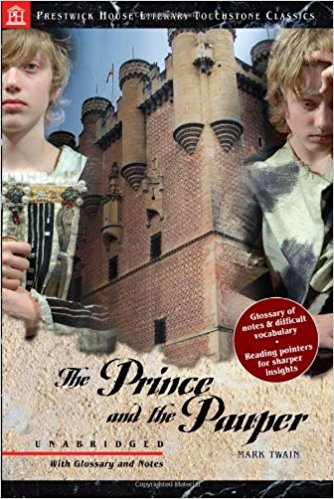 Next week I’ll be privileged to guest post again for Leslie Vernick at www.leslievernick.com, about how you actually do have rights and you shouldn’t surrender or yield them and it’s actually impossible to surrender many of them. That will be a brief outline of the talk about rights that I gave last weekend at the Called to Peace Ministries Conference “Developing a Church-Wide Response to Domestic Abuse.” (That talk, in turn, was based on two chapters in my book Untwisting Scriptures that were used to tie you up, gag you, and tangle your mind.)

But today I want to mention a couple of points, really a couple of Scriptures, that I didn’t have time to fully discuss in my talk. (Both of them are addressed in the book.)

This Scripture was referenced a few months back by someone who gave Untwisting Scriptures a one-star review on Amazon because he or she believed Jesus set an example of surrendering rights for us by surrendering His own rights. It’s this well-known and well-loved Scripture:

Have this mind among yourselves, which is yours in Christ Jesus, who, though he was in the form of God, did not count equality with God a thing to be grasped, but emptied himself, by taking the form of a servant, being born in the likeness of men. And being found in human form, he humbled himself by becoming obedient to the point of death, even death on a cross.

This is such a lofty, beautiful, and precious Scripture that I hope the analogy I’m about to give won’t be considered crude to the point of being offensive.

In Mark Twain’s novel The Prince and the Pauper, Prince Edward  decides to exchange clothes with the pauper Tom Canty so he can experience what it would feel like to be a commoner. The prince is then thrust out among the commoners and lives among them, experiencing their life, for months.

But even though Prince Edward becomes like a commoner, he never surrenders his rightful place as the son of the king—it’s still his, even if the people around him don’t acknowledge it. No matter how much he is humbled and humiliated—and it is extreme—he can still claim his position as the prince, and rightfully so.

Our Lord Jesus became a man and even a servant willingly. But He never did surrender His rightful position as the Son of the Most High God—it was still His, even if the people around Him didn’t acknowledge it. No matter how much He was humbled and humiliated—and it was more extreme than anyone else has ever experienced—He could still claim His position as the Son of God, and rightfully so.

If we remember that the word “rights” comes from the concept of “what is right,” then it’s far easier to see that Jesus never gave up His rights. To secure our salvation He “emptied Himself” for us, He laid down His life for us, He refrained from making use of His right to call twelve legions of angels, and He didn’t retaliate when His human rights were violated.

But all these rights were always still His.

In this Scripture, the author of Hebrews tells the Christians,

[Y]ou joyfully accepted the plundering of your property, since you knew that you yourselves had a better possession and an abiding one.

I think it was the first time I studied Hebrews (which was a truly life-changing study to me) that this verse hit me square between the eyes. The main point I learned from it was that the Hebrew Christians kept life in perspective, knowing that the eternal was more valuable than the ephemeral.

Lo and behold, come to find out it’s a verse that’s used to tell Christians they should give up their rights (to property, in this case). But that’s not what this Scripture is about at all.

As I’ve lately pondered this particular Scripture, I’ve been thinking about how when the Hebrew Christians suffered the plundering of their rightful property, they suffered together, as a body. All of them had either been plundered or were in danger of being plundered. They rejoiced together in their everlasting treasure, encouraged each other in the Lord, and reminded each other of the heavenly possessions that were so much better than these earthly ones. They were in it together.

But in the church of Jesus Christ in the 21st century in the West, something very different is going on. The property-plundering I’m thinking about right now isn’t being perpetrated by those outside the church against those within the church. Instead, it’s happening at the hands of church-attenders and sometimes even church leaders, cruel spouses who hold secret bank accounts and secret credit cards, secret phones and Facebook accounts and sometimes secret girlfriends.  All while the family members they’re oppressing are left with nothing or next to nothing, subsisting on rice, beans and oatmeal; wondering how she’ll get their children the glasses that have been prescribed or the basic hygiene items they need; wondering if she’ll die because she has been refused the “too expensive” medical care for her brown recluse bite.

And the church of Jesus Christ isn’t rallying around these oppressed, standing with them, together with them, “in community” with them against the oppressors. No, instead, they’re telling the oppressed a number of extremely unhelpful things (like, “what did you do to push his buttons,” “you’re just not being sexy enough,” and “keep submitting and let the Lord take care of him”).

Instead of rallying around the oppressed, protecting and encouraging them, they have pushed them further and further into silence and isolation.  Isolation that often produces the thought, “I am the only one experiencing this kind of problem. That means it has to be my fault. I will become very quiet and very, very small.”

One of the extremely unhelpful things they say is “Give up your rights.” They use verses like Hebrews 10:34 to back up their teaching and say, “If you give up your rights, you’ll be more like Jesus and you’ll experience true joy.”

Even at the hands of vicious and vindictive “good Christians” in the church? Oh yes, apparently. 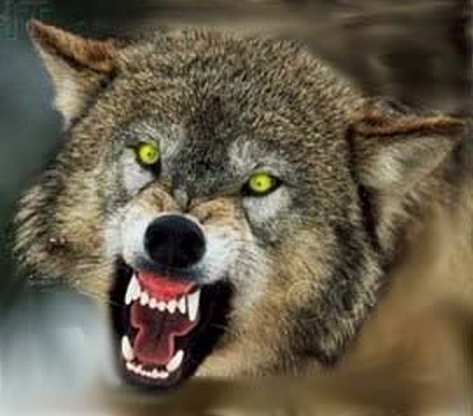 And just to be clear, the Hebrew Christians never did give up their rights to their property. Together, as a group, “in community,” they kept the eternal perspective, even when their rights were being violated.

The people who violate the rights of others and those who support the violators, even if they claim to be following Jesus, are doing wrong.

Remember what Jesus said in Luke 17:1.

It is impossible but that offenses [violations of rights] will come: but woe unto him through whom they come!

This Scripture shows that those who violate the rights of others and those who support the violators and condemn the oppressed will be called to account by God Himself.

We are supposed to love one another. But is it an act of love to encourage an abuser to continue in sin?

I left my abusive fiance. I still loved him, but he had issues I couldn’t fix. I still pity and mention him in prayer. But marrying him to enable his abuse was not an act of love for anybody. Not even him. By leaving I showed him his behavior was unacceptable and he needed to change.

I am not giving him a second chance! Don’t worry. I would like to see him in Heaven though and know things had worked out for him too. (We no longer communicate.)

It seems to me that part of the problem here is a terminology problem. There are times when we have to “surrender” our rights, as Jesus did, for the sake of keeping the peace or whatever. In other words, we may choose not to exercise or claim a certain right because we want to be nice to someone else, or because we don’t want to make a fuss.

However, in such cases, we still have that particular right. We have not given up our right to property, for example, but we choose to let go some minor theft or shortchanging. Or in a much different way, I may have the right of way while driving, yet choose to allow a jaywalker to cross the street where I’m supposed to be driving. One might say that I “surrender” the right to drive there, but I don’t forever give up that right; I only defer to the other person to prevent an accident.

When you “surrender” something, that means you don’t have it anymore. So if you were to “surrender” a certain right, that means it wouldn’t be your right anymore. So in the case of jaywalking, I would say you do surrender the place in the street to the jaywalker, but the right to that place is still yours. If that case were to be tried honorably in court (which of course you wouldn’t, because it’s a small matter), you would win because the right was still yours.

I hope this will be clearer when I present my five points next week, but if it isn’t then I’d like to continue the discussion.

The truths you elucidate are like refreshing water. Thank you for explaining these things! I so appreciate your teaching!

Praise God. Our Lord Jesus is the one who gives the refreshing water, as He said in John 7:37-39.