Let’s Look Beyond Those Generational Labels

“You know,” I said to my son, “the Baby Boomer generation was the first generation to be labeled.”

“I don’t believe it,” he said. “All the generations were labeled. ‘Generation X’ means there had to be all the other letters of the alphabet before that.”

“Nope. I’m telling you the dead honest truth,” I said. “We were the first generation to be labeled. We got the name ‘Baby Boomers’ simply because the post-war era was the ‘baby boom,’ when lots of babies were born.”

He had to go look it up on the internet before he would believe me. Sigh.

No generation was labeled before mine. But now people can hardly imagine not having labels for generations.

When I was having coffee with one twenty-something friend, she told me about something she had done (I don’t remember what), and then added, “I know, typical Millennial, right?”

I imagine my feelings of surprise showed on my face.

I realize I’m in a privileged position in that I have friends, real friends, some very good friends, who are in their teens, twenties, thirties, forties, fifties, sixties, and seventies. All of them are amazing people, wherever they may be in their journeys.

And you know what else? They’re people worth listening to. They are individuals deserving of dignity and respect, deserving of being heard rather than categorized. If I’m going to assume I know who they are and what they’re about because of their category, instead of acknowledging them as individuals and listening to them, then I’ll lose out on the potential for real relationship and expansion of my own understanding.

I’ve learned so much from the people I’ve listened to. I know what many of those in different decades and life stages are dealing with, in their marriages, in their child-raising, in their workplaces, in their singles’ groups, in their aloneness, in their churches, in their friendships, in their social media communities, and more. The things I learn from my friends of all ages inform much of what I write on my blog.

One of my self-labelled “Gen-Xer” friends told me the “Millennials” she hung out with thought of the “Boomers” as “crabby, selfish, and narrow minded.” It broke my heart that people I know who are incredibly generous, insightful, heroic, kind, and loving will be stereotyped like this by others who don’t even want to bother getting to know them. Some older people are not very nice, I agree. But don’t put us all in the same box.

And of course it goes the other way too. Don’t label all young people the same. It is so worth it to sit down for coffee or tea with someone who is young enough to be your son or daughter (or grandson or granddaughter) and just listen. There may be some thoughtful words of counsel, but mostly it will be good to just listen and get to know them. Instead of categorizing them, we can be rewarded by gaining a better understanding of their perspective on the world and more understanding of the struggles they face on a daily basis. We can be happily surprised by their energy, passion and, yes, insight.

Heaven forbid that we put everyone of the same age in the same box!

(And my heart groans for the older generation church groups in which the older generation interacts almost exclusively with each other instead of the youngers. There are so many younger women wishing for some older women who would reach out to them in some way, offer to help them with their children occasionally, listen to their struggles and encourage them, and even recognize the evil in their families or churches or other environments, undaunted.)

One reason I was thinking about this a good bit just recently is that I was watching this outstanding speech (link) from Diane Langberg (one of the amazing older women who would be worth listening to) called “Culture, Christendom, and Christ.” 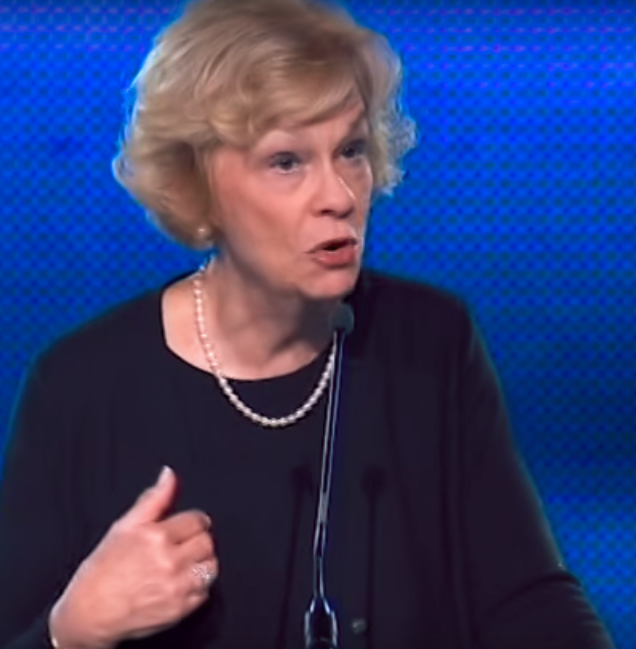 I think it would be pretty easy for most of us in this audience to list things we think are currently wrong with our culture and what we long for in our hearts to be in its place.

But what about this question.

Could we also list ways in which we, not others, but we are seduced by that very same culture we are so quick to criticize.

For example, have we as the children of the Most High God, like our culture, begun to identify ourselves and others by categories? . . .

Have those categories caused us to become so divisive because, though they reflect something that is true, they also easily lead us to separate, dismiss, and condemn the other?

Such categories are completely inadequate foundations for human identity, and they very easily lead us to sin against others. . . .

And when you and I live governed by those categories, we are utterly unlike the Jesus who sat with Jews and Gentiles and Samaritans and even Romans, with rich and poor, religious and secular, male and female, greeting every last one with truth and outstretched arms. . . .

There are many things in our culture with which you and I as Christians must disagree, not just in word but deed. But in our disagreeing we must never dismiss or dehumanize another human being, or we will become ungodly.

When we think and speak without giving dignity or compassion to the other, we have ceased to be like Christ.

In her lecture, Diane Langberg warns the professional counselors she’s addressing against labeling their clients as “disorders” instead of keeping in mind their personhood. It’s the same thing I fear we might be doing with the generational labels. When you speak of people as “younger” or “older,” a “twenty-something” or “forty-something,” you’re simply descibing them. But when you call them a “Boomer” or a “Millennial” or a “Gen-Xer,” you’re putting them in a category that has the potential to stick with them forever, not allowing them to grow and change as individuals, but keeping them in a box with others.

How joyous it would be if we could drop those generational labels altogether and look at the individuals and get to know them on a personal level (rather than as “demographic analytics,” which as a marketing tool is, I suspect, the reason this whole thing got going in the first place).

I’ve spoken with a number people especially in their younger years who would wish for that.

We can cross that great divide, ignore the labels that have been foisted on the generations, reach out our hands to each other, and listen in love. I’ve seen it happen. I’ve had the privilege of experiencing it.

I know it works, it’s good, and it’s what our Savior the Lord Jesus would want. Let’s do it.

Yes. What a healthy approach! Treat everyone as an individual, worthy of respect and agape.
Sometimes it is wise to recognize certain cultural backgrounds and be aware how they can shape their thinking (especially when dealing with members of the opposite sex from another culture or religion), and understand how certain people groups can have deeply grained sinful and twisted beliefs. That is wisdom.
That being said, when it comes to the Body of Christ, that’s where we should have contact and connection with those not from our age / gender group. I am often grieved about the church services that are so segregated. It is the youth, young adults, seniors, men’s groups, women’s groups etc… Married, singles…
In some ways it is understandable, but it can also become a self fulfilling prophecy, just to keep different life situations separate and never have to deal with others.

Often times, I feel like I have nothing in common with the married people of my age and I cannot stand the condescending attitude & lack of compassion towards us singles. Then again, I need to check my own attitudes too and pray that instead of feeling anger towards them for real or perceived unjust attitudes, I need to pray for them and also reach out whenever I can. It just seems that they already have all the opportunities to minister- often a large home, acceptance in the church, credibility in the eyes of the society etc… While as a low income single woman (a student) I am an oddball, not welcome and not listened to.
It is much easier to stick with one’s own peers who at least understand what I am talking about. It is not an ideal situation and not what church is about, but that’s where I am at. and I keep hearing from many other singles too that the lack of compassion from the well-meaning married couples (‘just go and try harder / ‘don’t try so hard!’) is just making it too difficult to try to mingle with them. Isolation and segregation is not what God intends, but sometimes it is wiser to try to protect oneself from extra wounds.

I’m so sorry, and I so wish it weren’t like that.

I realize the topic was different generations, so my apologies for getting slightly off the track…but sometimes the difference in life situation creates gaps just as well.
Thankfully I have had many friendships with people older than myself, especially in my days as a young believer. Praying to be able to ‘pay it back’ as well as ‘pay it forward’.
May there be more genuine encounters in the church, between different ages and paths!

Frankly I’m impressed with the character of some godly millennial friends. While the millennial Christians may be fewer in number they seem to be high quality–more backbone to stand up against the evil in the “world” outside and less tainted with the hypocrisy that infects most American churches.

The only quibble I would have with you is that I wouldn’t put them in a category like that. I love the energy and passion of young Christians.