Every year I take a writing retreat at The Evangelical Institute of Biblical Studies (link to website) in Greenville, SC. Affectionately called “EI,” it’s a tiny two-year Bible school (with an optional third year) that sits atop the highest mountain in Greenville County, with a lush campus and gorgeous views. 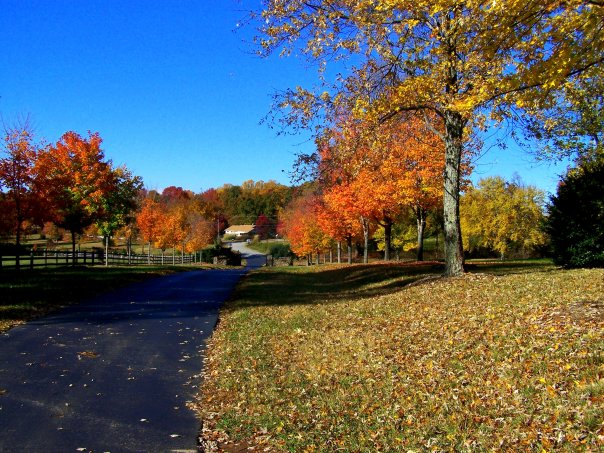 How tiny? Well each year about fifty students come from many states and other countries all over the world (Japan, Brazil, Mongolia, Latvia, Kenya, Indonesia, Peru, and Thailand come readily to mind) to study the Word of God together and to deepen their relationship with the Lord.

When we first heard about the school in 2006—when by that time it was 40 years old—Tim and I looked at each other and said, “We lived in Greenville for all those years without ever hearing of this school?”

EI isn’t known for self-promotion, that’s for sure. But through the years Christian workers and missionaries have gone out from the school and sent others to be educated there.

Early on, Tim and I both thought that going to a Bible school for two or three years after high school wasn’t the best use of one’s money. After all, one could take Bible courses at a Christian college while one was learning a marketable skill, couldn’t one? And one could engage in Bible studies elsewhere and study the Bible on one’s one, couldn’t one?

As we got to know more and more of the young people from the school, as we occasionally sat in on “Monday Night Meeting,” which is open to the public, and as our older child had some significant negative experiences at another local institution of higher learning, we began to rethink our thinking.

Ultimately we both began to urge Child #3 to attend there. She had already taken a dual credit Old Testament class at a local Christian college. But when she went to EI and had to take Old Testament again, I asked her, “How do the two classes compare?”

She said, “There’s no comparison. The other professor just told Bible stories, and I already knew them. Mr. Nuernberg digs into the Bible and pulls out applications that I’ve never seen before.” 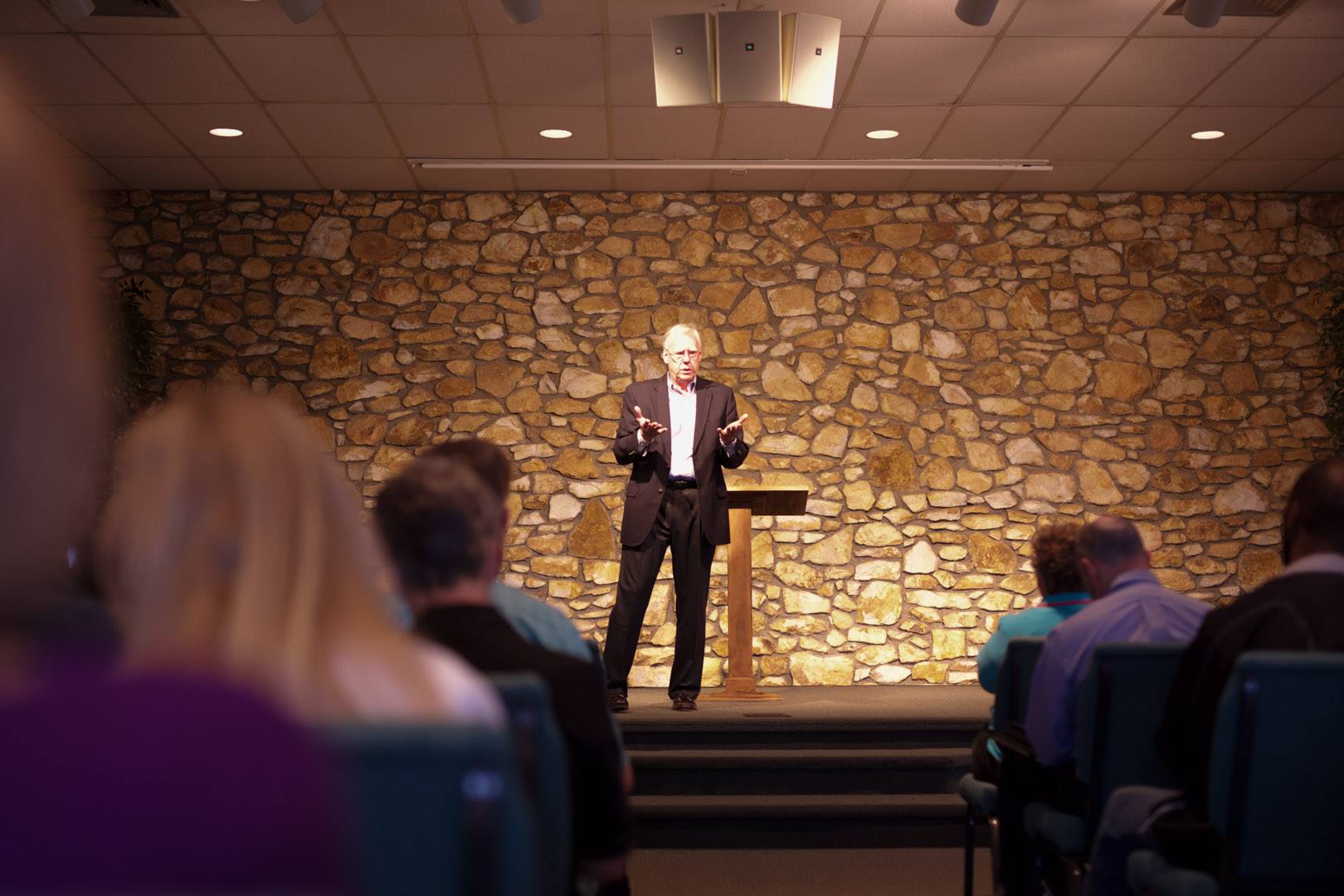 Our daughter began to write songs based on what she’d been learning in her Bible classes, especially during the monthly prayer and fasting days, and sing them in coffee shops.

She developed deep friendships with people from very different backgrounds and from different parts of the world. Her love for the Lord and others strengthened.

This daughter went on to become a manager at a local bakery, marry, and study sustainable agriculture at the community college, but EI helped her have foundations for living.

While our daughter was in school, we still weren’t sure about EI for our last child, because he wasn’t academically inclined, and we knew that EI’s work was quite rigorous, with a considerable amount of reading and papers to write.

Heart-breakingly, this son also wasn’t a Christian and was willing to say so.

However, as we prayed, two things happened. We saw how gently and kindly the teachers of EI worked with students who had learning disabilities of one sort or another. They allowed them to finish some assignments over the breaks. They spent extra time with them.

And our son decided he was willing to go. “This is God’s last chance to show up in my life,” he said to me. We told him not to pretend to be a Christian when he applied, but to be honest with the dean of men. He was, and he was conditionally accepted.

And we prayed. As it turned out, students and teachers at the school were praying for him too.

His first semester our son figured what’s the point, didn’t study, goofed off, and continued to answer me and others with monosyllables or arguments.

But one day in March of his first school year, when I picked him up to take him home to do his laundry, I said the usual as we pulled out of the parking lot, “How’s it going?”

He turned and looked at me (unusual in itself) and replied, “Really good, actually.”

“I was saved this week.”

Tears sprang to my eyes, making it hard to see the road, and I struggled to keep my voice steady. “Oh, that, that’s, really good. I’m, I’m really glad to hear that. Ummm . . . can you tell me about it?”

He proceeded to remind me about a friend of his who was being sexually abused. I had known something of this, but listened soberly. He had asked his classmates to pray for her, which meant almost everyone on campus was praying for her, as they were praying for him.

That week, because of circumstances with this friend, he was brought to the end of himself knowing that what was going on was far more than he himself could handle,  and he asked the Lord to rescue him.

And yes, the Lord did show up in his life.

The next year and a half of Bible school showed a completely different young man. He stopped arguing. He was eager and willing to learn. He sought God and prayed for others. He and I had deep conversations about the things of the Lord and how to pray for and help those who have been abused.

This son went on to become a house painter, but he also wants to do foreign mission work, which is what he used to talk about doing when he was five years old.

The financial debt? They both had theirs paid off in a year or less.

The rewards? They last for a lifetime.

Once a year now, I spend five days at this little campus, writing, reading, and praying. I walk the grounds and remember what the Lord has done, and I praise Him.

Their mission, they say is to “train believers to live like Christ, for Christ, out of the riches of Christ, anywhere in the world.” I believe they take their mission very seriously, and the fruit of their work proves it out.

Note: I received my son’s approval before posting this piece.

Thank you for this valuable recommendation. I’m not sure how it fits into my life now, but I sense it will at some point.

Thanks Rebecca for providing this window into your lives! Wow. Sounds really like a ‘God thing’ for your whole family. It is awesome to hear such institutions exist – places of integrity as well as academic excellence. Relationships insted of religion.
May the Lord to continue to bless and lead all members of your ‘clan’ in their own spricifc callings! 🙂

I LOVED hearing this today.

>>That week, because of circumstances with this friend, he was brought to the end of himself knowing that what was going on was far more than he himself could handle, and he asked the Lord to rescue him.

And yes, the Lord did show up in his life.<<

I'm trying my best to type but the tears are making it quite blurry …
Rebecca, you know my testimony. When I reached the above quote in your post I burst out crying. Thanking God for His grace in your son's life and pleading for Him to rescue my loved ones. Oh, how I ache as I look up at photos of my precious grandchildren.

May the Lord continue to bless and work in the lives of your loved ones and I pray for others who are seeking Christ-honouring institutions for their children. I needed this for mine and naively thought any college which mentioned the name of Jesus Christ was also honouring His name. This is not at all what happens behind those doors. 🙁

Sadly, that’s so true. There are some that are working destruction behind those doors.

And I pray that your story—which is not over–will see the rescue of the lambs to the fold.

❤️❤️❤️
I long for this mission statement to be over every church door and Christian college….. or something like Luke 4:18,19. What a difference my childhood experiences of religion would be.
Any colleges like this in Australia??
Thanks for sharing a personal story I’m still praying for my teenagers……

If there are any like this in Australia, I hope some reader will speak up and let us know! I pray that the Lord will continue to work in the heart of your teenagers and that they’ll come to Him.

I was deeply blessed reading this article. I was for just a short period there, but I intend to study there for I know they accept people from all ages.

I’m thankful we were able to get to know you in person, Sonia, even though it was under very difficult circumstances.