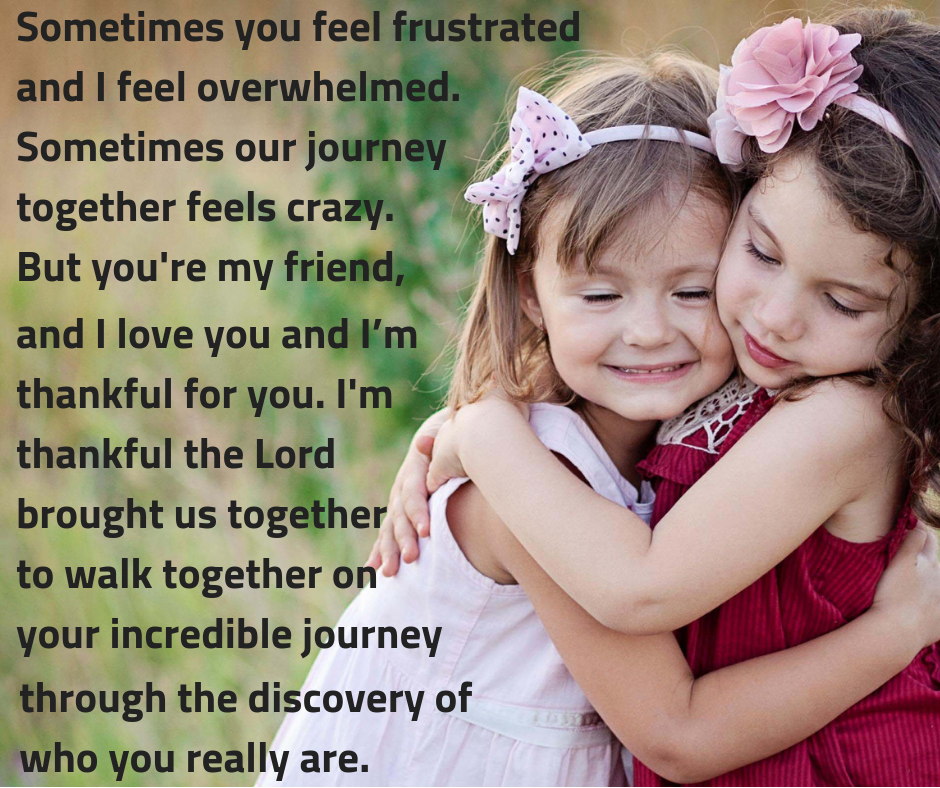 Six years ago when I first began to learn about extreme abuse, when I was first introduced to dissociative identity disorder as something more than a movie plot, when I began to dip my toe into a world of darkness beyond what I had previously ever comprehended, I eventually (after months) asked the Lord—complained to the Lord, actually—“Lord, why is it you want me to learn about this awful stuff? I don’t know any of these people!”

His answer was as clear as if I had heard a voice. “You will meet them. You will know them.”

So because it’s Thanksgiving Day, I’m posting my thanksgiving for the friend who has taught me the most, the one who has provided me with what I call my “practicum from God” and so much more.

I love you, my friend.

Sounds like you were MUTUAL GIFTS to each other. It’s part of the “ ALL” of God working out all things for our good and HIS GLORY ❤️❤️❤️

This is a beautiful tribute.

Wishing you both a Happy Thanksgiving!

It’s an amazing journey. God puts people in our life who need us, who become our friends, who teach us through their lives. Thank you for sharing an example of beauty from ashes.