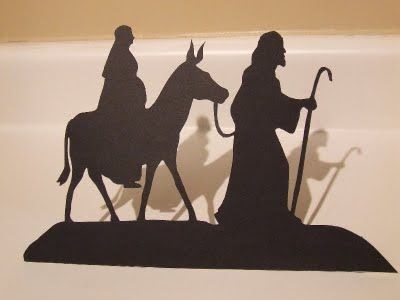 This is the first post reflecting my ongoing study of fear in the New Testament.

When I think of Mary’s husband Joseph being afraid, I think of this passage in Matthew 1:20-21:

Joseph had this in mind [the problem of Mary’s pregnancy and his decision to break the marriage agreement] when an angel of the Lord appeared to him in a dream. The angel said to him, “Joseph, descendant of David, don’t be afraid to take Mary as your wife. She is pregnant by the Holy Spirit. She will give birth to a son, and you will name him Jesus [He Saves], because he will save his people from their sins.”

It sounds like the fear Joseph was apparently struggling with there was fear of disobeying the law of God. He just wanted to do the right thing.

But the fear I’ve been pondering more lately is shown when, after Joseph found out Herod was dead, he took Mary and little Jesus back to Israel.

But when he heard that Archelaus had succeeded his father Herod as king of Judea, Joseph was afraid to go there. Warned in a dream, he left for Galilee and made his home in a city called Nazareth. (Matthew 2:21-22)

Now it sounds like he was afraid of a person, afraid of what that person would do. And not only a person, but an authority, the king.

As I pondered these things, I was reminded of Moses’ parents. (This is one of the many parallels between the life of Moses and the life of Jesus.)

Because Moses’ parents had faith, they kept him hidden until he was three months old. They saw that he was a beautiful child, and they were not afraid to disobey the king’s orders. (Hebrews 11:23)

Moses’ parents didn’t fear Pharaoh’s command—which we see by their willingness to defy it. By faith Moses’ parents took action against the commands of a wicked man, even though he was an “authority.”

However, even though they didn’t fear the command—shown by their willingness to defy it—they did clearly fear what the king was capable of doing. If they hadn’t been, they wouldn’t have hidden Moses.

Joseph also was afraid of what the king could do to the precious Child in his care. He showed his fearlessness, though, in his willingness to defy the king’s command and obey the angel instead.

I have heard preachers say that a wife should stay with her husband and keep obeying him even if he kills her and her children, because he is their authority.

But the Scriptures deliver a different message:

Honor the parents who take drastic measures to protect their children from an unsafe “authority figure.”

There is a Scripture that has been held over the heads of those who want to get safe or help get others safe.

That is one scary Scripture!

So, we are taught in some Christian circles,

“When your authority, especially a [self-proclaimed] Christian authority, tells you to do something, if you don’t obey, you are guilty of being in rebellion. And rebellion is as the sin of witchcraft, so you will be condemned by God.”

This is especially used by parents who want to maintain control over their adult children and by church leaders who want unquestioning obedience from their people.

O course for these leaders it’s super important to make sure the people who hear this scary Bible verse never get the context, which is that King Saul had received a word directly from God Himself, from the only source of messages from God at that time (the voice of the prophet), and he had directly defied it.

That is the context. Rebellion is defined as direct defiance against God’s direct word.

If Moses’ parents had ever thought, “Well, God put this authority over us, so we’d better obey him and trust God to protect our little one,” they wouldn’t have taken the drastic action that they did to keep their baby safe (preferring to trust Moses to the dangers of the Nile River rather than the dangers of a demon-possessed king).

If Joseph had thought, “This king is the one put in authority over me, so I’d better obey him and trust God to keep baby Jesus safe,” he wouldn’t have listened to the dream warning and taken action.

Instead, fear of what an evil person might do to those we love can be a very strong motivator for action, even as we do not fear all the threats and accusations that the evil so-called authorities have given.

I know of several families in which older siblings who have escaped eventually help younger siblings escape, because yes, the control, abuse, and even outright wickedness is that bad. All the threats of “you’re not honoring your parents, you rebellious children” and “God will punish you for this” are laid aside as the adult children have honored wicked parents the best they can by refusing to interact with them.

They learn that as adults they can honor their parents without obeying them.

They learn that God is not a God of Christian karma.

And they do what they can to help keep other safe from harm.

They found that they had no need of any “umbrella of protection” because God is so much bigger than umbrellas.

Fear and faith can combine to energize you to take action as you listen to the Holy Spirit. You can be willing to have a healthy fear of what evil authorities can do, even while refusing to fear the commands they issue, step into the unknown, and trust God with your future.

In this post, there are two meanings. The one is what I call “physical-safety fear,” which is an alertness to danger that prepares a person for action. The second is a respect for authority, sometimes combined with a foreboding of punishment from God if the authority is not obeyed.

Glad to have a well balanced writer like you . Help my trauma recovery especially your book untwisted scripture . Bitterness and take offence without grace are the word that triggers me the most .

I’m thankful to hear the book was helpful to you, Sam.

Sam,
I’m sorry for the triggers. I can very much relate. I find that those that tend to really twist definitions ‘especially biblical ones’ are the ones who are unable to control what they want to control in another. Those words often are successful to be misused for false guilt and false shame (which may have worked in their past or with other relationships).
I have been also accused of bitterness and an unforgiving heart because I have given myself healthy boundaries (From a biblical perspective) about what I choose to tolerate and what I won’t tolerate anymore. Abusers don’t like limits nor do they see how how out of context they apply their behavior and beliefs. They often study God’s word I believe from a very skewed lens and ignorant/insecure place that reminds me of someone who misinterprets SO many areas of relational areas.
The word ‘abuse’ defined is to -misuse. This helped me in my process and it helps to understand that those that misuse will more often than not continue that path.

Thanks Rebecca for ALL you continue to do!

Thank you for this clear and well-written post about fear. I always enjoy and appreciate your posts where you untwist scriptures and theologies that were used to bring harm to so many people.

Growing up, I Samuel 15:23a was taken out of context all the time in my family and in the churches I attended and was used to try to keep people like my mother and me trapped in abusive environments. I am thankful that there are people like you who teach about this verse in its context. It is knowledge that is freeing.

It has SO been used to justify abuse! Just in a cursory look over the http://www.recoveringgrace.org website, I saw several posts that referenced it (though none that actually explained it). It has been used to keep fearful Christians who actually want to serve God in a place of subservience to evil overlords. That is a tragedy that needs to be remedied.

1Sam15:23 is a very SCARY scripture when used as you described there. Interesting to me, as i am learning, that victims of childhood trauma ( often inflicted BY these abusive authority figures) tend to have their brains changed in such a way that they function in a way where they are drawn to or attatch to “ the scariest” in their environment. This makes the “twisting” of these kinds of Scriptures such an effective weapon to get unquestioned compliance from their victims and makes the abuser seem all the more threatening and seemingly powerful. Thank you for sharing these thoughts. Gives me Much to ponder as I begin to get my post- Christmas-celebration -house in order.

Quietrunner, I pray that you’ll find 2019 to be a year of continuing freedom and shedding of the old thought patterns that perpetuated the abuse in your mind.

Excellent point. I’ve also read that “honor your parents” means “acknowledge them as your parents when they become dependent, and don’t abandon them without care.” That’s a far cry from “do whatever they say,” as some interpret the verse.

I haven’t heard that interpretation, but it’s intriguing. This blog post became a chapter in a book about the larger subjects of patriarchy and authority, here: https://www.amazon.com/gp/product/B08WWKYG6V