When “Moral Failure” is Redefined as “You Didn’t Submit to Church Authority”: Thoughts on the Harvest Bible Chapel Scandal

I’ve been trying to follow the implosion going on in the James MacDonald mega-ministry world, with one person after another from his church speaking out about his alleged arrogance, mismanagement of funds, lack of accountability, deception, foul jokes, threats and intimidation, and other alleged behavior that seems very much opposed to what he teaches and would, if true, disqualify one from being an elder of a church if not cause one to be subject to criminal charges.

In January, in regard to the lawsuit he was bringing against bloggers and their wives and a reporter who hadn’t reported yet, James MacDonald was told by a judge that he could not legally keep the documents discovered in the legal process from being published. So he dropped the case, because, of course, he wanted to protect the church.

James MacDonald left Chicago for Naples, Florida, for what in January was called a “sabbatical,” to reflect on wrongs he admitted to. Conveniently, there was a Harvest Bible Chapel campus in Naples, and he had already preached there at least once and planned to continue.

That’s an important bit of information, because John Secrest, the pastor of the Naples church—which is a “wholly owned subsidiary” of the nonprofit known as Harvest Bible Chapel—didn’t know until the sabbatical announcement about the lawsuit and the fallout of the lawsuit. 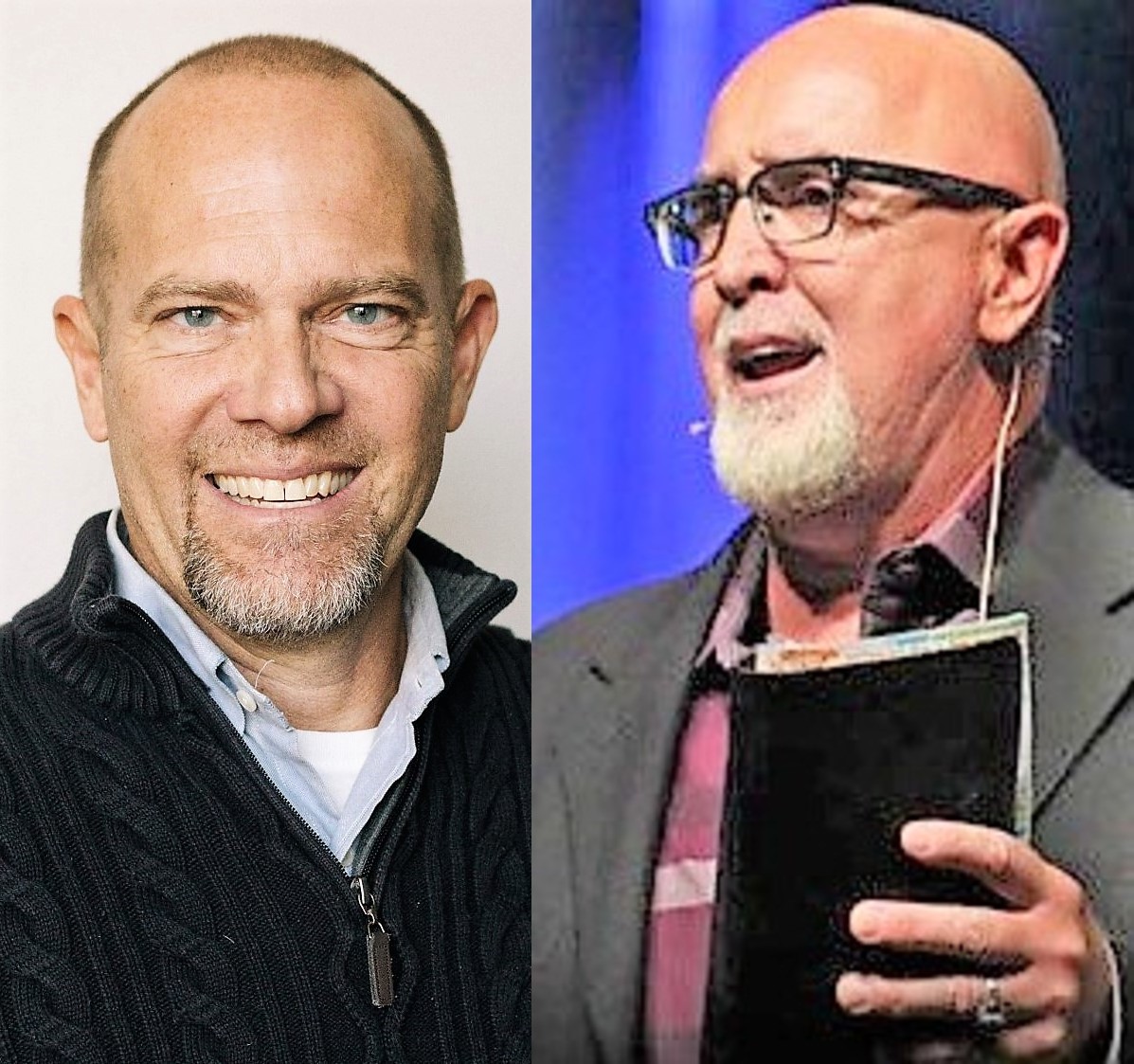 When Secrest learned this, he objected to MacDonald preaching there during the sabbatical (a decision that had been made without his input). He asked for proceedings to begin for this wholly owned subsidiary to be turned back over to the local congregation.

He even had the audacity to write an email about it to the members of his own congregation.

So the Harvest Bible Chapel elders fired him, fired him from pastoring his own church, which of course was no longer his church to make decisions for, but theirs, as a wholly owned subsidiary.

The World article on the topic says that after Secrest was fired, “he was stunned, because his contract stipulated that he could be fired only for moral failure.”

So did the administrative board of this religious nonprofit violate the contract they had signed? Or did they simply have a different definition of “moral failure”? The World article goes on to say:

After firing Secrest, Harvest [meaning the elders of the main campus in Chicago] sent its own email to the Naples congregation, calling Secrest’s earlier message to the congregation “insubordinate” and saying it was “clear that he no longer desires to work for Harvest Bible Chapel.”

So the elders of Harvest Bible Chapel now define “moral failure” as “insubordination” (which means disagreeing with their decision to give James MacDonald the pulpit during his time of reflection on his own sins and failures).  And the pastor gets disciplined out, so to speak, from the church.

This is not only crazy-making, it is scandalous enough to make the news, yes.

But maybe some can look with me way down here on the very lowest echelons of church hierarchies. (Though indeed the ground is level at the foot of the cross and in Christ Jesus we’re all equal, still it continues to appear that some are more equal than others.)

Way down here, I’ve heard testimony after testimony about this very kind of thing. Again and again and again. It might not make the news because it isn’t part of the implosion of a mega-church, but it’s every bit as important in the Kingdom of God.

The accusation that leads to being shown the door might be “insubordination” or “failure to come under the umbrella of authority” of the church. If the elders want to get fancy, they call it “contumacy.” On a Facebook post of mine about that a year ago, several people referenced their “excommunication for contumacy” stories. One person said,

A letter was mailed to all the congregants telling them to not speak to my sister or to me because of [contumacy] and for being immoral. Neither of us had ever dated, held hands with anyone, kissed anyone, had only worn long skirts, didn’t have cell phones or driver’s licenses, but because we dared to challenge the pastor’s false doctrine to our parents and he found out, we were excommunicated.

So while it’s appropriate to be disturbed by the way Harvest Bible Chapel treated one of “their” pastors, it’s also important to remember that this kind of thing is going on . . . and on . . . and on . . . all around us all the time in abusive church environments—it just isn’t making the news.

And just as the Big Names from James MacDonald’s conservative evangelical world have not decried his actions and called for him to be accountable, but are instead staying silent and “neutral,” they have done the same thing with the epidemic of excommunications of “insubordinates”—the easily dismissable subordinates—that they themselves have taught their followers how to undertake.

I’ll say it again, as I’ve said it many times, because I know Him. This kind of treatment of “underlings” based on muscle-flexing assertions of authority is absolutely not the heart of Jesus Christ. This is not who He was when He walked on earth or who He ever wanted any of His people to be. God have mercy on our churches.

I must heartily reject this philosophy, and applaud you and others who have spoken for those who have no voice. Frankly, I care little for whether God ‘saves’ the institution called ‘The Church’ or not. I am deeply concerned, as I believe God is, for those people within who have been brainwashed, manipulated and treated like disposable people. Such things were never approved or commanded by God, and I, for one, am not going to complain if God continues to turn over Institutional Christianity’s tables and challenge her legitimacy. It’s not about the institution.

The little rag-tag band of followers of Jesus were refuges from the Religious Institution of their day, whose leaders Jesus never failed to challenge and condemn. Whereas he had grace and mercy for many who were indeed enslaved to sinful, destructive behaviors, he showed no such compassion for those who called themselves teachers and leaders, yet treated those in their care as pawns, useful for their own enrichment and glory. If that doesn’t describe James MacDonald, I don’t know what does.

Sometimes i lose hope that these kinds of abuses of power in the church will, on this side of eternity, ever end. Not because I do not believe they grieve Christ, but because the reason it is so “ easy” for these “wolf shepherds” to abuse their followers is because the sheep they seek out and herd are merely lambs… either new believers or those who have never matured in their own understanding and study of God’s Word. They believe coming to “ church” weekly and ignoring any other spiritual instruction from external sources ( which they teach as dangerous or divisive) is all they ss lambs need. The trust in the shepherd is abused. The Holy Spirit’s ability to lead them in knowing God’s will for their own lives is grossly undermined in order that they continue to look to their “ pastors” for direction… their obedience demanded.
Many hear the stories of the JM’s and the Bill Hybels of our day and they believe it only happens in these cult-like mega followings, but the truth is small and midsized congregations are just as often led by these power hungry leaders who are preying on the spiritually weak and turning so many away. Thank you for Shining the light and exposing such teaching.

Absolutely. Several of the excommunications I know about were in small churches with dictator pastors. (There may or may not have been an elder board; with a dictator pastor it doesn’t really matter.)

The gentiles lord it over one another. It shall not be so with you.

Wow, I read articles like this and I just have to say, ‘De ja vu, all over again…’ as the saying goes. This is how the reformation started. Extreme abuses on the part of the mother church, and ‘nasty rebels disobeying authority’ challenging them. I’ve heard it said that seismic shifts on how we view God happen every 500 years or so, after large communication and technology advances. Hmmm…

In some ways I feel a bit of a seismic shift under my feet . . .