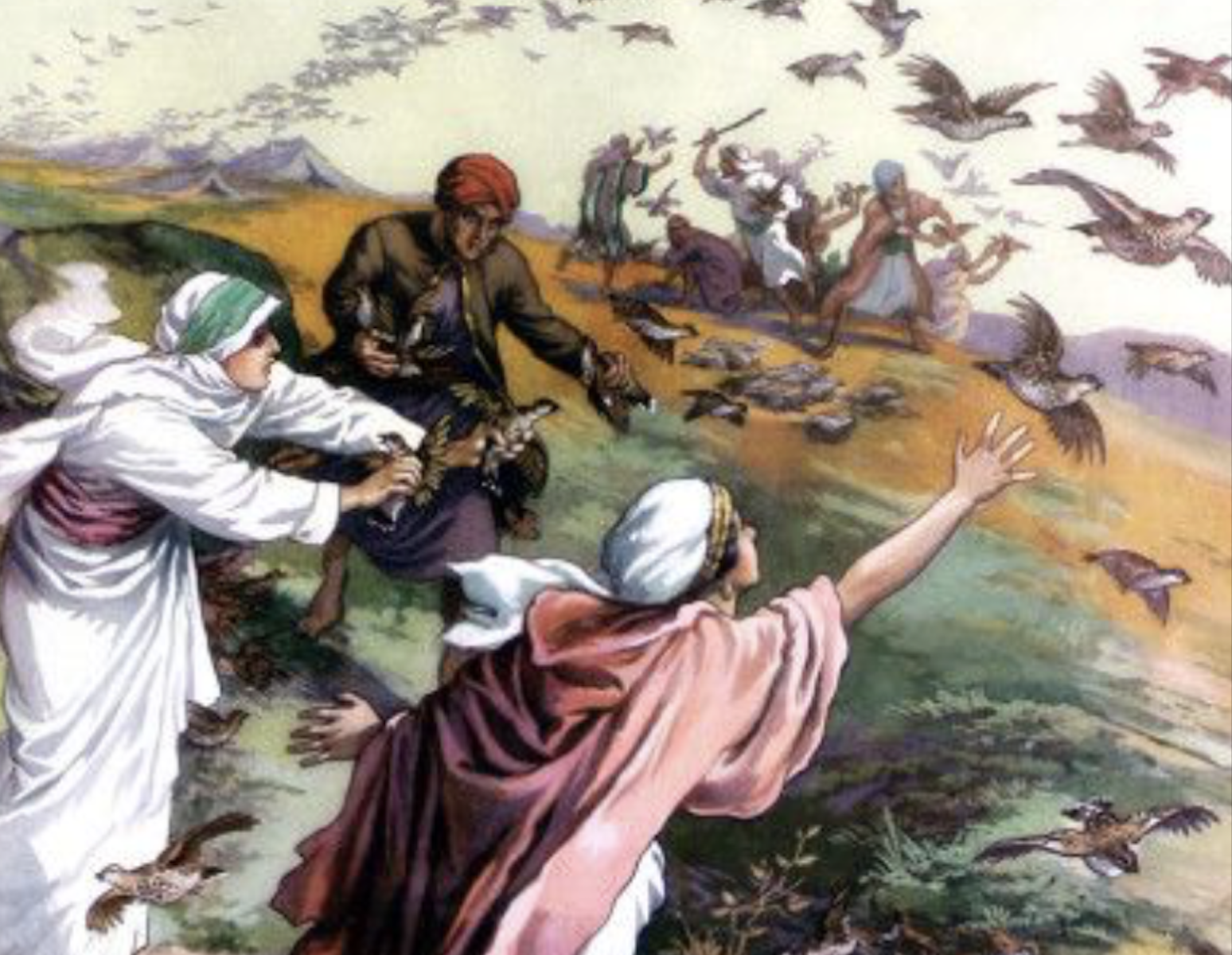 Here’s something we taught our children from the time they were old enough to understand:

Sometimes the worst punishment a person can get is what he wants.

I remmeber how astonished our children were with that teaching. It took much discussion for them to even begin to grasp it.

And of course our Biblical example was the Israelites, who turned from God and got what they wanted—lots and lots of quail. So much that it came out of their noses, as Numbers 11 so colorfully describes.

The Scriptures warned that when God’s Old Covenant people turned away—and this is also true of those who may think they’re Christians but have never truly known God—they could chase down what their hearts longed for so much more than God, but they would find it to be worse than dust and ashes. As the King James Version put it in Psalm 106:15, He “sent leanness to their souls.”

So . . . funny thing, but that’s a Scripture that’s been used by abusers against their victims.

Our mother [who was very abusive] taught us that every step leads in a direction. Be careful what you want, because He’ll give it to you and send leanness to your soul. So for years I’ve struggled with feeling the weight of every single choice.

This is a sobering and frightening teaching, one that hovers over the heads of some Christians like the sword of Damocles. One false move, one wrong desire . . . leanness to my soul.

But of course that isn’t who God is at all, nor is it who you are, if you are in Jesus Christ.

With precious few exceptions, the Old Covenant people of God were not changed in their hearts. They were a physical people of God rather than a spiritual people of God. They entered their covenant by physical birth rather than spiritual birth. As a people group they had several important purposes to fulfill, but that didn’t mean that all of them, or even most of them, were spiritually redeemed. The book of Hebrews draws a stark distinction.

This lack of fundamental heart change is why they set their hearts to do such terrible things as to worship the golden calf while Moses was on the mountain getting the Ten Commandments, or scorn the gift of manna God had so graciously given them and defy Him directly to His face.

I’m wondering if you recognize the irony of this mother’s threat. Do you imagine that a hardened sinner, set on getting her own way, would worry about such a thing as leanness to the soul? No, she’ll wonder why in the world she should care about that. She might even laugh about it outright. She will certainly scorn it, as the majority of the Israelites did.

It’s only those who either truly love God or truly fear God who will be concerned about such a thing. And though many of those people may need to have Scriptures untwisted for them, they’re in no danger of receiving leanness to their souls as that mother described.

Here’s the joy for the New Covenant people of God. The Christian life isn’t about a series of micro-choices that might at any time anger God and cause Him to lower the boom. We’re going to want wrong things sometimes. We’re going to sin and need to repent (turn back to Him, come to our senses). We might experience serious Scripture-twisting under cultic authority figures that needs to be untwisted.

But in the deepest places of our hearts, we as the transformed and empowered sons and daughters of the most High God want what He wants. (This divinely-empowered change to gladly “follow Him”  is what it means to be a Christian.) As my friend Heidi pointed out, Colossians 2:9-10 is only one of the New Covenant Scriptures that refer to the fulness (rather than leanness) of the Christian’s soul: “For in him the whole fullness of deity dwells bodily, and you have been filled in him.”

Even when we struggle, we want to know His heart and follow Him.

We need have no fear of having leanness to our souls.

‘Leanness to your soul’ sounds so poetic, compared to the way this Bible verse is translated in my language.

I’d be interested to hear how your translation translates into English.

‘a Gnawing disease’ comes pretty close to it..