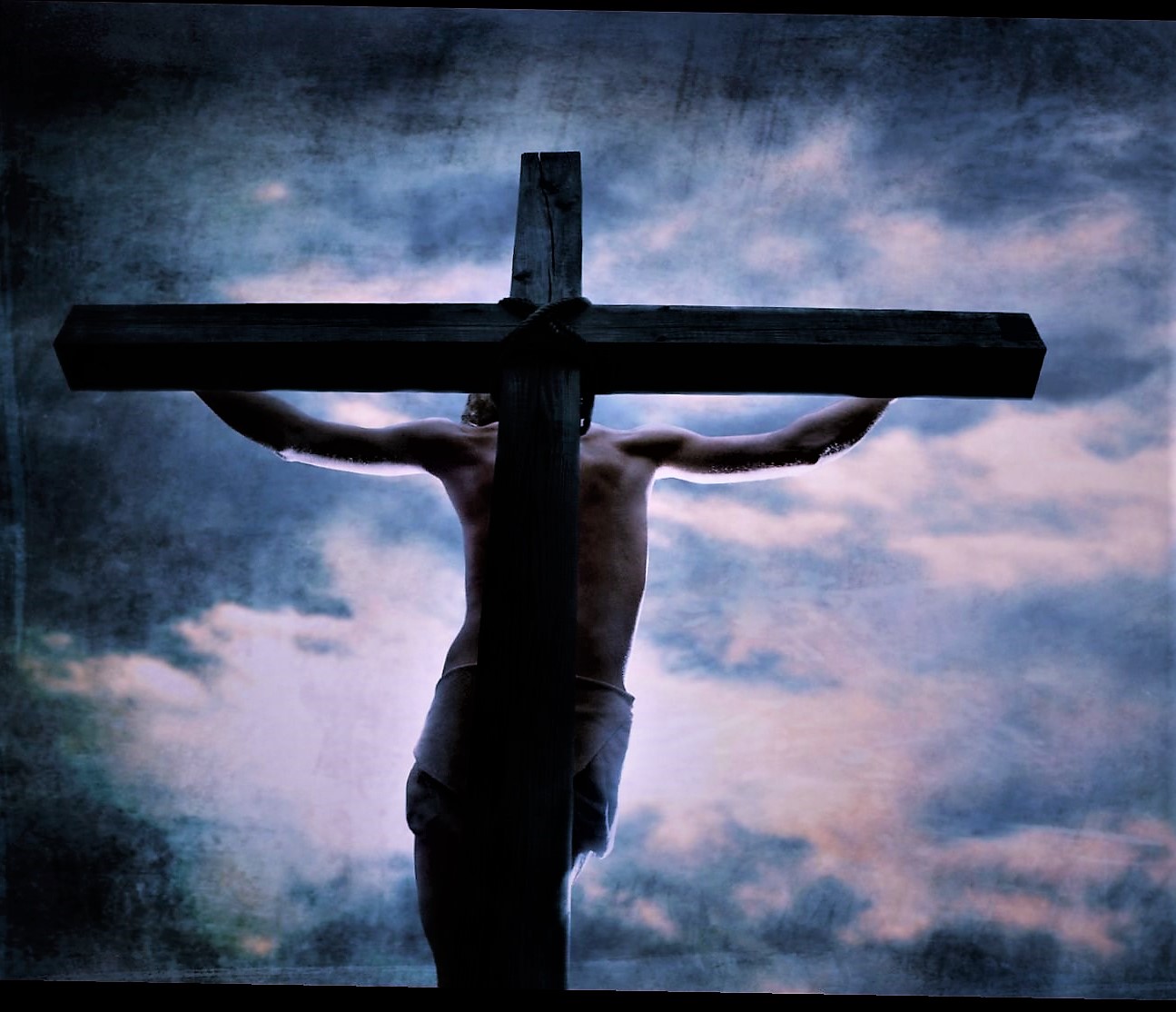 In prayer ministry work with abuse survivors, it’s common to ask Jesus to show up in the memory of the abuse. This is an effective way for Him to speak His love and care to the heart of the one who was harmed and bring healing to the wounds caused by others.

But sometimes a theology question can stop the work before it happens. “God can’t be in the presence of sin,” more than one friend has said to me, “so there’s no way Jesus could be there where that awful stuff is happening.”

I think this belief came from some teaching about the death of Jesus on the cross. When Jesus was dying, the Scriptures tell us, He cried out (Matthew 27:46): “My God, my God, why have you forsaken me?” 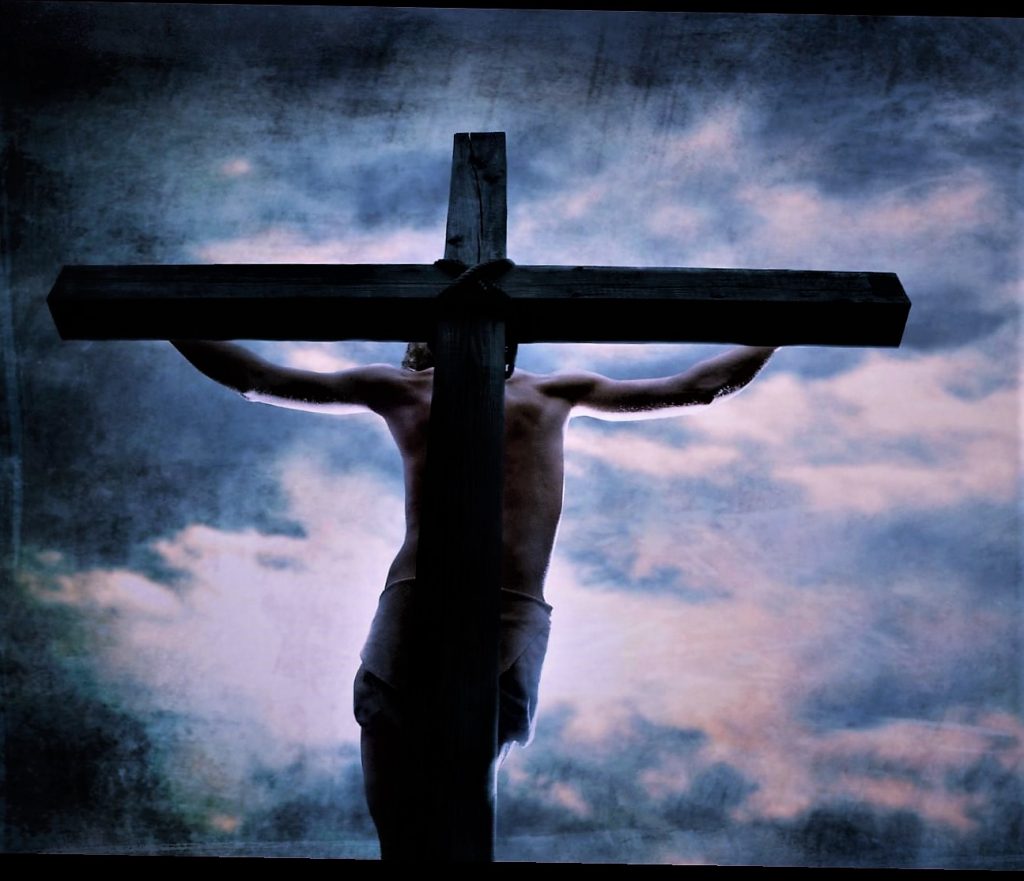 So why did the Father forsake Him? Some people have said that that it had to be because at that point Jesus had taken upon Himself all the sins of the world, and God couldn’t look on sin.

But the Bible never indicates that. Rather, it says that Jesus became a curse for us when He hung on the “tree” (Galatians 3:13, referring to Deuteronomy 21:22-23), and losing the presence of the Father was part of the curse that He bore.

If He had to protect Himself from being “tainted” by someone else’s sin or contamination, that means He couldn’t have touched the lepers to heal them.

So yes, Jesus can be in the presence of sin. Yes, He is pure, but this purity doesn’t mean He can’t touch evil or be near it. Rather it means he can’t be tainted by it.

When Christians are in the presence of sin, they can be tainted by it, of course.

Or not. It depends.

A friend who is a survivor of lifelong horrific abuse asked me once if I felt dirty or violated or tainted listening to her story (told in agonizing bits and pieces over the course of months). When I told her no and she expressed surprise, I had to think for a while about the reason.

When I’ve watched a movie that suddenly had an immoral part I didn’t expect, or when evil is presented in a funny or appealing way, I would feel violated. With some movies and TV shows it has seemed to me that one of the “background” purposes has been to defile, or even sear, people’s consciences when it comes to immorality, even rape and incest, and other forms of wickedness. This is a violating action, similar to trying to take someone by surprise with pornography. (The people who make the movie want to manipulate their audience, of course, and in some cases actually want to defile and violate them.)

But when I’m helping someone process her memories, the purpose of her telling horrors is not to violate me or manipulate me, but to get help. The purpose is different. So though I might often feel grief or overwhelm, I don’t feel dirty or tainted.

That gives me a tiny glimpse of the way God views sin. When those whose hearts are set against Him engage in sinful acts, His presence is not with them in any positive sense. But if there is one who is being victimized, one who cries out to Him, His presence is with her.

Why doesn’t He stop the abuse when it’s happening? Oh goodness, that question of evil has sent me on my face so many times, in tears, and I’ve talked about that in other blog posts. But He does show up in the healing process, even in these dark and sin-filled places.

He is there for those who trust Him, even in the dark tunnels and darker valleys, even where heinous sins have been committed. He wants to touch the “tainted” hearts, heal the brokenness, and clean away the shame.

You who have trusted in Jesus Christ, you don’t have to go through this dark tunnel of grief alone. He is there to uphold you, to be with you, and to heal you. He loves you. And you can take heart that the presence of these ungodly, sinful acts won’t be any sort of deterrent to Him. The Lord Jesus Christ, when He died, took upon Himself all the sins of all those who believe on Him. He comes into the places of trauma to bring healing.

Yes, God can be in the presence of sin.

Rebecca, thanks for debunking, with Scripture, another often stated “fact” that has been used to verbally assault victims and keep them in a hopeless state. It is a great reassurance that He can and will be with us in the places of our greatest wounding and pain.

What?! This is the first time I hear of such nonsense.

Well, I had heard an equally cold hearted statement inside some Charismatic circles.. ‘If you have a problem, you aren’t right with God. Don’t bother Him with your problem!’
(Suffice to say, that particular thinking was NOT the general teaching within any Charismatic group I was a part of, rather an opinion of some fringe preachers / leaders..)

SO thankful that God is large enough to handle any problem 🙂

So thankful for the skill you have in comparing Scripture with Scripture, in order that those of us who were taught by men who pulled isolated verses out of context to teach the ideologies of man might instead find hope.

“For whatever things were written before were written for our learning, that we through the patience and comfort of the Scriptures might have hope.”
‭‭Romans‬ ‭15:4‬ ‭NKJV‬‬
https://www.bible.com/114/rom.15.4.nkjv

Yes, it’s so important to keep the verses in their context, and to understand accurate principles of interpretation. (I delineate some of those on my “The beliefs behind the blog” page.)

Thanks for another thought provoker, and the clarity, Rebecca. Crazy , how many “Christian adages” we just accept without thinking critically about them. If God can’t be in the presence of sin, then Jesus was not God–since our world is fraught with sin! We know that’s not true. So it is a twisting again, of the Scriptures that are meant to rescue and save us from sin. Sin cannot exist in heaven, as it would therefore cease to be heaven. Perhaps that is partially where the idea came from. We could say that God (Jesus, specifically) cannot look on sin without dealing with sin. Hence all the confrontations on earth, and ultimately the crucifixion, the death blow.

I’ve often cried for Jesus’ pitiful lonilness when God forsook him on the cross. How desperate that loss of perfect fellowship with the Father must have been. It’ was the loss of all hope. But I’ve never considered it a block to his presence in the face of evil or as a bludgeon for anyone. Lots of verses tell us he is with us in times of danger and around evil forces Beating down anyone is an evil in itself.
I’ve understood Jesus being forshaken as a temporary state, part of the penalty he is taking on to cleanse us. It wasn’t that God couldn’t look upon him, rather God turned away because sin leads to spiritual death. For Jesus to pay the full price for our sin, he had to experience the lonely, Godless, emptiness of spiriitual death. Since God & Jesus couldn’t commit spiritual suicide, God’s turning away was the closest thing to it. Without God, there is no hope. The resurrection conquered spiritual and physical death. I see it as a heartbreaking object lesson that shows how far God & Jesus are willing to go to save us..

I used to ask this same question when I was young, and in college, as a new believer. I had so many inward struggles, so much anger, inner turmoil and “uncleannness” because of some of the things I had endured. I didn’t fully know how to connect what I had been through with what I had experienced. I wanted God to love me in my sin. ( or what I perceived as sin).

I realize what I was asking for was, somehow, for God to comfort me, to step in and help me. I see now, that taking all of that to Jesus, asking him to absorb it, really is the only way to heal.

Like that passage in Philippians, when Paul talks about Jesus leaving Heaven, and humbling himself. He wasn’t afraid to get his hands dirty.

“Who, being in the very nature God, did not consider equality with God something to be used to his own advantage; rather, he made himself nothing, by taking the very nature of a servant, being made in human likeness. And being found in appearance as a man, he humbled himself by becoming obedient to death, even death on a cross.”

Thank you for clearing up so many mis understandings