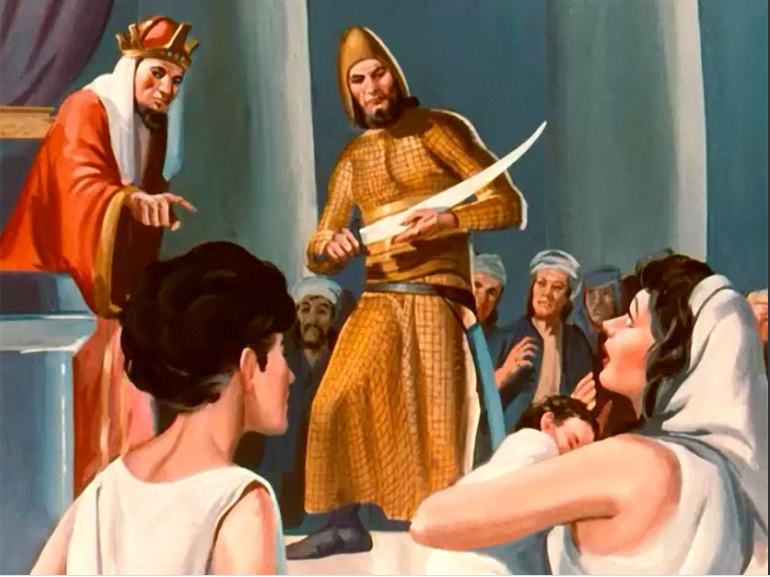 In his book Feel: The Power of Listening to Your Heart, Christian author Matthew Elliott asserts,

The problem is that we’re taught by the church and our culture that emotions are not reliable indicators of truth. As a result, we are conditioned to believe that our feelings are trivial and useless.

Then, he tells two very thought-provoking (and emotion-provoking!) stories.

The first is about the penalty phase of the trial of convicted terrorist Moussaoui (tried and convicted as a 9/11 conspirator).

Elliott quotes AP reporter Michael Sniffen who said, “Moussaoui defiantly proclaimed he felt ‘no regret, no remorse.’ . . . He said heart-rending testimony of victims and relatives had disgusted him, and he wished they had suffered more.'”

Elliott continues, “At one point, a video of the Twin Towers tragedy was shown in the courtroom. When Moussaoui saw the images of people jumping to their deaths to avoid burning in the inferno, it struck him as funny. He laughed out loud.

The day Moussaoui laughed, it was all over the news . . . With that laugh, every juror knew the truth. Moussaoui’s emotions betrayed his evil heart.”

Emotion is not an illogical reflex, unreliable and fickle. Emotions cut through all of our talk, all of our spin, and take us right to the truth of the matter . . . . We know intuitively what we deny rationally.

Later he explores this further with a story from the Old Testament. He reminds us of young King Solomon and how he was told by God in a dream that he could ask for anything he wanted, and Solomon asked God for  “a wise and understanding heart.”

God granted that request. And we see evidence of this wisdom in the story of the two women who came to him in a dispute about which woman was the mother of a baby boy.

Solomon didn’t have the scientific tools that are used in our courtrooms today. He had another tool. He commanded for someone to bring him a sword, and he said, “Cut the living child in two, and give half to one woman and half to the other.”

Right then and there, when he looked at those two women and heard their responses, Solomon knew the truth. Incredibly, the liar agreed that the baby should be divided, but the true mother cried out that she would rather give up her baby than have it die. Elliott points out,

[T]he first story told about the wisest man ever is about how he made a just and true decision based on the emotional response of a mother who dearly loved her child.

The teachers and preachers of our background have emphasized that feelings are to be ignored (at least any feeling that is deemed “negative”), but feelings are a barometer of the soul.

No matter how we may try to squelch feelings, it is feelings that make the truth we embrace seem real or false. If we embrace truth but never “feel” it to be true, then we will be constantly struggling in our Christian lives. As Christians, to ignore our feelings, to shove them aside, is to live a nearly powerless, lifeless Christianity.

When the truths of who Jesus is and what He accomplishes come out of the filing cabinet into the living color of our experience, then that is when the Christian life can become one of victory and power.

When the Scripture tells us to have the “mind” of Christ, we understand that it refers in totality to the mind, will, and emotions. The Psalmist David acknowledged “negative” feelings in his many psalms—anger, pain, despair. He didn’t deny his feelings, but poured them out, and reminded himself to continue to hope in God.

In order to live an abundant life, the life Christ came to give us, we need to embrace the reality that our emotions are important to God.

Kristi’s words generated some thoughts of my own.

So are our emotions ever liars?

No, contrary to what we’ve often been told.

But what’s crucial is for us to understand what it is they’re telling the truth about.

For example, I wrote an entire blog post series on the emotion of fear (the first of which is here). When fear cries out, “Danger!” but we aren’t sure, then we can ask ourselves or the Lord or a wise friend to help us determine if there really is danger.

If there really isn’t danger, doesn’t that mean our emotion of fear was lying to us?

No, because the emotion was telling the truth about what’s going on inside. As I mentioned in this blog post, the truth your fear is telling may have something to do with past trauma. Or about lies you’re believing without realizing it. Often both.

As a very small example, one day when I was working around the house, I finally became aware of some anxiety hovering around the back of my head. I stopped what I was doing, pulled the anxiety to the front, and asked the Lord to help me see what it was about.

Notice what I didn’t do. I didn’t repent of the anxiety, because I knew it wasn’t sin. I didn’t start quoting Bible verses to help me get over it.

I asked the Lord to help me understand it.

As I waited and pondered, I came to the realization that it was related to an email I had received earlier. Today I don’t even remember what the email was, but at that time, it weighed on my mind. I stopped what I was doing and went to respond to it right away, asking the Lord to help my in my response.

The anxiety I felt told the truth about what was going on inside. I listened to it. I asked the Lord for help with it. I proceeded to do what needed to be done about it.

And then the anxiety was gone.

As I said, this was a small example, because I wasn’t living with trauma or the aftereffects of trauma. But I also wasn’t going to live with guilt for feeling that anxiety. Instead, I went to the Lord for help to see things more clearly, and with His help I took care of the thing that was causing it.

For many, the road to dealing with anxiety and fear is long and hard, because they have to deal with the aftereffects of trauma, even dissociated parts of themselves that experienced it. They may need help for a long time to untangle a whole big mess of trauma-related complications.

But the feeling isn’t sin.

The truth the “negative” emotions are telling is this: “Something is wrong.”

Instead of saying, “I don’t want to be ruled by my emotions” and then dismissing them, we can listen. Listening to our “negative” emotions can lead to lies we’re believing and wounds that need healing.

And the Lord is sufficient to all these things.

Note: I’ve addressed the importance of our emotions in several posts on this blog. Here are some of them:

“Look to the cross more”: a response to the “gospel-centered” movement

Quieting a Noisy Soul by Jim Berg – A Response (Part 1)

I agree with your article. I’ve heard emotions compared to the warning lights on a car’s dashboard. They are there for a reason & we need to heed their warnings. They aren’t there to drive the car, but if you ignore them they may shut the car down. I also warn my girls that they have about 15 seconds to evaluate someone they 1st meet to see if they are “friend or foe” and they need to listen to their gut instincts to see if they should trust the person for further interaction, or flee the situation.

Excellent. It is so true that our emotions tell us what’s really going on. I know we sometimes have “gut reactions” to things because they trigger a pain, wound, insecurity , or even a happiness or joyful life event or memory. I guess that where the rub comes is that we always need to take questionable emotions to the light of the Lord, just like you said. If we feel “love” (or desire) for someone else’s husband or anger because we we’ve worked all day, only to come home to a spouse who has watched TV all day, unbothered by dirty dishes and unmade beds, what do we do with that? Sometimes we just have to wrestle with the issues of our heart. One day, all the struggle will be over, replaced by unhampered, sweet, sin-nature-all-gone joy.

Yes, and we take those struggles to Jesus and ask Him what to do with them, to give us clarity about the truth.

Rebeca, thank you so much. I was raised be told to suppress your emotions. This was due to all the emotional abuse I received growing up. I am now healing. The Lord Jesus, is helping me through these emotions, and walking through the process.