Restoring a Pedophile, According to Jay Adams

This article is Part Three of the series “Competent to Examine Jay Adams and His Teachings,” written with the help of Valerie Jacobsen.

Part One, “How Jay Adams Would Counsel a Pedophile,” is here.

Part Two, “How Pedophiles are Forgiven, from the Teachings of Jay Adams,” is here.

This is from page 162 of How to Help People Change, published by Zondervan in 2010 (emphasis mine).

Where repentance has occurred—even after so heinous a crime as incest (cf. II Cor. 2)—there is no need for formal restoration so that the person involved “won’t be overwhelmed by too much pain” (v. 7b). And in such cases, the members of the congregation, alerted to the offender’s forgiven and restored status, will not be at a loss about how they should relate to him. Indeed, when the announcement is made that the brother has repented and is forgiven, all should celebrate the return of the prodigal. To encourage such rejoicing, an announcement might well be made that forgiveness and assistance and love are to be shown to him, and that if gossip or shunning follows his restoration, those involved in such unforgiving and non-reconciling behavior may themselves become subject to discipline.

The passage in 2 Corinthians may or may not refer to the incest case in 1 Corinthians 5; there is dispute about this. If so, that incest was definitely a case of two adults (a man and his father’s wife). The man in question was punished by excommunication for an extended period of time, probably about a year, with an evident display of a change of heart regarding his sin over that time.

There is no reason to conclude that this passage applies to pedophiles, that is, criminals who sexually abuse children.

But indeed, that is how Jay Adams’ writings have been applied. 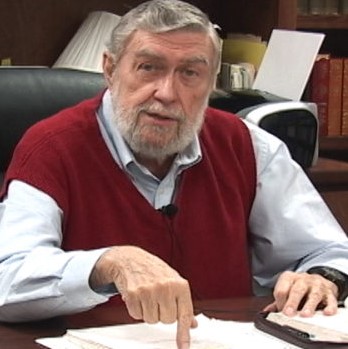 Our churches have been taught that “repenting” after the production of evil fruit is the exact same thing as producing actual good fruit. An unsafe and ungodly person, who harms sheep and then claims repentance, and a safe and godly person, who is averse to harming sheep, have to be treated exactly alike.

And these are the exact theories that led to massive and widespread cover-ups of child sexual abuse in churches, in Christian schools, and in Christian ministries in the 70s, 80s, and 90s, and beyond.

Notice Jay Adams’ concern, always, is for the offender. Never for the one that the offender harmed. His only “concern” in that case is to get that person to forgive and repent of any “sin” in the situation (which could mean telling a fourteen-year-old girl to repent of tempting the youth pastor). Unless I’m mistaken, his writings never mention reporting crimes to law enforcement.

To be sure, some nouthetic counselors nowadays will say that forgiveness does not preclude a crime from being reported. But as far as I know, nowhere is that to be found in Jay Adams’ entire body of work encompassing over 100 books, which are still being read and studied by many eager students. In his work, reporting crimes is not part of the picture.

And then it’s time to rejoice at the “restoration.”

And those non-rejoicers had better look out if they know what’s good for them.

What happens to the ones who don’t rejoice at the pedophile’s restoration?

Valerie Jacobsen, like me and many others, hears from those who have been through the horrors of this kind of counseling. In churches whose leaders follow this Jay Adams approach, it is as you can imagine. The “restoration in cases of incest” he mentions above applies to child sexual abusers both within and outside of the home.

That is, make no mistake, this counseling allows for pedophiles in the church.

Survivors of incest and other forms of child sexual abuse (and domestic abuse) consistently report that the criminal offenders who harmed them have been received and embraced by their churches while they themselves have been put under church discipline and either informally made unwelcome and erased or formally excommunicated.

And why? Because they didn’t “rejoice” and “celebrate” the restoration of the pedophile who spoke words of repentance.

Because it was horrifying to them to have to be in the same church with their abuser and watch him be back-slapped and welcomed while they were ignored.

Because they didn’t trust that he had truly repented and changed, because they had experienced how smooth and slick he could be.

Because they feared for the safety of other children.

Many pastors, elders, nouthetic counselors, ACBC counselors . . . have been taught by Jay Adams to be exactly this severe with victims of abuse and crime.

They believe that we do not properly belong to the church if we will not receive the criminals who harmed us back into our churches with joy, keep quiet about our discomfort or fear in their presence, keep quiet about our belief that they present a danger to others, and keep the three promises of forgiveness [don’t talk about the offense to the offender, to others, or to yourself].

Over and over I’ve heard the protests, “this isn’t what is taught nowadays!” If you are one of the people offering this protest, I believe that, like my former self of old, you are being naïve. All you have to do is search online for Jay Adams, and you’ll find his teachings being quoted in scores of blog posts, as well as all his books that are still in print, still selling quite briskly, still being positively reviewed on the review sites, and still being devoured by college students and seminarians.

So even though you may not have heard it, it is being taught, even now.

Plus, even if you think it’s not being taught nowadays, still it is the experience of hundreds, perhaps thousands, of abuse survivors. Will you refuse to listen to them in the name of “this isn’t taught nowadays” or “that was just an outlier”? Will you instead listen to them and grieve with them over the horrendous, atrocious counsel, the traumatic shunning, they received in the name of the Bible? Without adding some sort of “but . . .” at the end?

From a woman, one of whose family members experienced child abuse from within the church and tried to get redress of grievances, describing the counsel she and her family received from church leaders who followed Jay Adams’ model, and the refusal to help when she approached a higher board. She tells the story in the present tense. This happened only three years ago. Some reading here may have stories that are even more recent.

They tell the victim’s family that they are not even allowed to approach [the abuser] and converse or ask any questions to him. No talking to anyone as he is able to continue to harass. The mind replays at what moment you step forward and asked for help from the pastor and the large amount of evidence given, which was shared with the man, and how can/would you ever ensure it can/would go down differently. You spend the next year running different scenarios as to how better to respond if you are ever in the same situation again because you still want to ensure that your children desire to speak up (even sooner) if anything similar ever happens.

[They told] me not to put sad, depressed, or angry as a social status so nobody would inquire.

It’s shocking to the people who experience it. I experienced it. My ex was evil. He ran a long-term criminal enterprise, abusing children. He was viciously and gratuitously abusive to me.

I had written to an advocate about what was happening, before I went to my elders as a whole, and he warned me what to expect, that in most cases women lose their churches. I said, “No. Not here. Not these guys. They are my friends. They love me, and they love my kids.”

So many regrets. I had NO CLUE that revealing abuse is when you lose your reputation and most of your friends. No clue at all. I thought it would [bring] help and safety.

Some have said that the trauma from the horror of inexplicably losing their church, their friends, and their way of life was in many ways worse than the trauma caused by the original abuse.

The harm in the church of Jesus Christ

From Valerie (emphasis mine):

Adams is wrong on an approach that is routinely taught to young, impressionable seminarians. [Contrary to what Adams teaches,] no matter what an offender says, and no matter how long since their last known offenses, victims have no obligation to have any contact with sex offenders. Nor does anyone else have any such obligation.

Contrary to what Adams teaches, children must be protected from child molesters and rapists. No exceptions. I know mothers (and count several of them as friends) whose children were molested or raped by their fathers who got this exact counsel from nouthetic counselors and it then led to DECADES of sex crimes again MANY children, even into two and three generations.

Adams’ method assists and enables a sex offender to build and protect a long-term criminal enterprise. When offenders are assisted to cover up their crimes, and when witnesses are intimidated (as they most certainly are with this approach), those offenders become increasingly skillful at intimidating victims and avoiding detection.

That may be the most important paragraph of this entire article. This is how even a child trafficking operation could flourish in a small Jay-Adams-following church.

If anyone wanted to put together a religious program to enable a child sex offender in a long-term criminal enterprise in a Christian setting, I can’t think of anything that would be more effective.

Do Christians who read Jay Adams’ books, who laud Jay Adams as a pioneer, who hold him as a saint, understand these things? Do they care? Do the Christian publishers of his (very profitable) books understand and care?

To anyone who has held Jay Adams in high regard while ignoring these horrific teachings, here is truth: not only can we do better, but we must do better, lest we give the impression to the most vulnerable among us that our Lord Jesus stands with the offender rather than the vulnerable.

What does it even mean to be a follower of Jesus, if it fails to include caring for the least of these?

It would be very helpful if some of those who were abused by the church after reporting the paedophile abuse would publicly name the church. That would enable other churches to demand an explanation.

MANY have done that, over and over. Very many. With a few notable exceptions, other leaders of other churches have shown over and over that they do. not. care.

In the case of pedophiles, I believe that no one has truly repented unless they have removed themselves voluntarily from an area where they might offend again. That means no interaction with children, even in the church. People in child protective service work will tell you that many pedophiles target single mothers they’ve found in churches just to get access to their children. Then there are youth group workers that have not been vetted–the list goes on. Ruining a child for life is not worth the risk of being tolerant of those who have the potential of harming them.

Absolutely. That’s discussed more in the “How Pedophiles Are Forgiven” article.