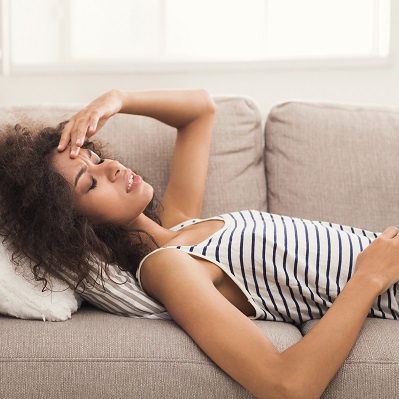 Heads up: Untwisting Scriptures that were used to tie you up, gag you, and tangle your mind: Book 3 Your Words, Your Emotions will be free on Kindle until November 9th, 2021. Download your copy here.

Perhaps you’ve been taught that your feelings lie to you. That they will lead you astray, away from God and down Satan’s path, so you shouldn’t believe them.

That really never made sense to me (even in the days before I understood trauma), because feelings are just expressing feelings. They’re not making a statement of truth or falsehood.

Shame is the feeling here. (One of the Six Big Negative Emotions that I address in this book.)

Ah! Instead of immediately rebuking yourself for believing a lie (“God doesn’t love me”) you can perhaps gingerly look at or touch that powerful feeling of shame. Why is it there? Where did it come from?

Perhaps you’ve been taught that your feelings should be the “caboose”  in your life and your “faith” should be the train engine. (This means your “truth statements” are supposed to be the engine. That is, your decisions in your intellect.)

But there’s often a disconnect between the intellect and the experience. In order to live the kind of Christian life God talks about in the New Testament, those two have to come into alignment.

You’ve probably heard someone say, “I know that’s true, but it just doesn’t feel true.” They’re expressing the disconnect between the intellect and the experience.

So let’s say I have the house temperature set at 55 degrees Fahrenheit with the cold air blasting out of the central air vents. You come to me complaining that the house is hot.

You say, “Ok, I see that. The room feels like it’s blazing, but I see that it’s really not. It’s really cold.”

I think almost everyone I know would rather base their lives on what’s actually true rather than simply what they feel. But they sense a problem with lining up the feelings with the truth that they intellectually know.

I grew up with, “Don’t trust your feelings, don’t base your life on your feelings, live rationally, live from what you know (intellectually) is true, act like you believe it, and your feelings will follow.”

So you say, “I’ll try very hard to believe that it’s really cold in this room, even though I feel hot.”

Going on intellectual facts when the feelings aren’t in alignment has been called faith, but it can feel like pretending.

Your checks are flushed, but you’re telling yourself to ignore those feelings of “hotness” and simply intellectually believe the truth of “coldness” that I showed you.

In one of the most beautiful prayers of the Bible, Paul prayed in Ephesians 3:16-19,

that according to the riches of his glory
[God] may grant you to be strengthened with power
through his Spirit in your inner being,
so that Christ may dwell in your hearts through faith—
that you, being rooted and grounded in love,
may have strength to comprehend with all the saints
what is the breadth and length and height and depth,
and to know the love of Christ that surpasses knowledge,
that you may be filled with all the fullness of God.

This isn’t what Paul was talking about. Not at all.

The second know is the knowing of intellect, like book learning. Paul is saying here that the love of Christ is beyond intellectual grasping.

The first one is the knowing of the senses, the perception, the experience. The feelings.

When we have known something experientially, when it “feels true,” it will be a far more solid belief than something we hang on to intellectually.

We must not be afraid to pray that either.

When we find that the heat you were experiencing came not from the room but from a raging fever, we realize that feelings serve an important purpose as that internal thermostat. Something is wrong, something needs to be taken care of. There’s more than just lack of belief to try to overcome—there’s also healing to be done.

When that’s accomplished, there won’t be any need to continually remind yourself that the room is cold. You’ll believe it because you’ll experientially know it to be true.

So, to answer the question in the title, how can you know when you should listen to your feelings?

I would argue that you should always listen to them. Without becoming so introspective that you can’t function, don’t ignore them; seek to understand them.

I would argue that emotions don’t lie. You just need to find out what it is they’re telling the truth about.

And you want to be able to perceive what is standing in the way of aligning your emotions and your deepest experiential beliefs with the truth God has told you about Himself and about you.

Depending on the depth of trauma and moral injury, this can be a long process. But as you seek to truly know the true Lord Jesus Christ, through His Word, through the Holy Spirit, through His creation, and through the input of wise (and trauma-informed) Jesus followers, your own feelings can more and more agree with what Paul prayed, so that you yourself can truly say, from the depth of your experiential knowing,

According to the riches of His glory
God has granted ME to be strengthened with power
Through His Spirit in my inner being
So that Christ is dwelling in MY heart through faith.
I am rooted and grounded in love.
I have strength to comprehend, with all the saints,
What is the breadth and length and height and depth—
And I KNOW the love of Christ, that surpasses knowledge.
Indeed, I am filled with all the fulness of God.

May more and more Christians be filled with this experiential knowledge of the goodness, grace, and love of Jesus Christ, so that their feelings will express the truth they know in the innermost parts of their hearts.

I talk about emotions in more detail in the second half of this new book, which you can get without charge until November 9th.

Yes, I think we can end up going into more self-hatred and shame when we don’t listen to what our feelings are saying. We get angry at ourselves for having the “wrong” feelings. I have struggled with this my whole life regarding anxiety. I would be so angry and ashamed at myself for being anxious, which of course produces more anxiety. I was taught to repent of a spirit of fear and cast it out. Which is probably appropriate in some cases. But when anxiety still persists, it’s hard not to be tempted back into shame for not getting free. Jesus has compassion for us and we should for ourselves, to ask where the feelings are coming and what needs to be healed, like you said. Maybe part of the healing is ” casting off,” but we must experience the love and tender compassion of the Lord in our trauma to truly stay free, to be filled with the fullness of the Lord.

Yes, and I think *understanding* where the emotion is coming from–for example, the shame I mentioned at the beginning of this article–and bringing that shame to Him to heal, all of these things are important.

But allowing emotions without labelling them as sin is such an important first step. More about all this in the book, of course.

This is lifegiving truth!! Thank you for writing truth so thoughtfully!

May we all take our feelings and thoughts and everything to the Lord, the Lifegiving Spirit, The Living Word -and to those “who call upon the Lord [Lord Jesus!] from a pure heart” when we need affirmation and confirmation of the Lord’s word and comfort to us!

Thank you so much for writing!

Always a joy to interact with you, friend.

Connecting the 18″ between the head and the heart. I can relate to this. Oftentimes, trauma survivors have that disconnect, between what they know in their minds and their personal experience.

Also thinking now of Ben Shapiro, who says, “Facts don’t Care about your Feelings.” He isn’t a Christian but runs in those same circles. He did say recently that “feelings do care about the facts.” Gotta love Ben.

I grew up under this teaching and was further immersed in it as an adult.

One day, after a couple of years struggling with anger (over what I now know was abuse) and that causing distance from God, I dared tell Him how angry I was at those who were harming me. I half expected a lightning bolt to come down from the sky and incinerate me (as they were leaders and well-respected members of the church). Instead, a still, small, loving voice said, “Finally, the real you showed up.”

I was utterly shocked. Not only was He not offended, it was clear that what mattered was that I came to Him honestly, with my questions and struggles and, yes, my feelings. I felt such a strong sense of His love and gentleness…that He was looking at me as a proud parent…which just slayed me. That moment unlocked everything in my relationship with God. I knew in that moment that He was nothing like I’d been taught.

The teaching about feelings is wrong and doing much harm. How can we know Him, be close to Him, how can He work in our hearts and minds, if we lock away significant parts of ourselves? I’m so grateful you are talking about it.

I love this Immanuel Moment you experienced–thank you so much for sharing it. I have the privilege of assisting people in experiencing moments like these, often.

Oooo la la!!!! What a great explanation! Love this!!! Jesus has actually led me to another person who helped me find true freedom from 25 years of depression! Long story not for this topic, but the man who helped me also teaches that we are to listen to what our emotions are trying to tell us! And to listen for what feels true! Hmmm…so interesting when the Holy Spirit says the same thing through different people! :o)

So glad to hear that!

Thank you Rebecca for your thoughtful insight and encouragement to embrace our God-given feelings. When the church tells us to deny them, it doesn’t “feel true.” Destructive theology then adds shame to our load because we can’t escape our feelings, no matter how hard we try to ignore or deny them. Everywhere Jesus went, he dealt with feelings. It astounds me the modern church is so blind. Keep speaking the truth, my friend, there are starving hearts that need to hear it.

Thank you for your encouragement, friend. There are so many wrong teachings in our churches.