When The Psychopathic Megalomaniac Wants to Thwart God’s Plan

When six-months-pregnant Elizabeth (future mother of John the Baptist), blessed her cousin Mary, Mary burst out in praise (Luke 1:46-55):

“My soul magnifies the Lord, and my spirit rejoices in God my Savior,
for he has looked on the humble estate of his servant.
For behold, from now on all generations will call me blessed;
for he who is mighty has done great things for me,
and holy is his name.
And his mercy is for those who fear him
from generation to generation.
He has shown strength with his arm;
he has scattered the proud in the thoughts of their hearts;
he has brought down the mighty from their thrones
and exalted those of humble estate
he has filled the hungry with good things,
and the rich he has sent away empty.
He has helped his servant Israel,
in remembrance of his mercy,
as he spoke to our fathers,
to Abraham and to his offspring forever.”

Especially notice that underlined part in bold. I imagine Mary thought that the coming of the Messiah would mean the very soon fulfillment of these wonderful prophecies based on the words of the prophets of old. The setting right of all that was wrong about the world.

About a year or so later, Mary and Joseph were running for their lives from a king so vile that he felt no trouble of conscience killing dozens of innocent little babies in his desire to hold on to power as if he were immortal. He thought he could thwart what the prophets had said.

Can you imagine how Joseph’s heart must have leaped into his throat when the angel shook him awake? “Hurry, Joseph! The psychopathic megalomaniac wants to find baby Jesus and kill Him! Get to Egypt now!”

Can you imagine how confused and frightened and trembling the two of them must have been as they hastily packed the donkey in the middle of the night?

Maybe you sort of can, because maybe you’ve been in a similar situation. I know many who have.

Mary’s Magnificat wasn’t true! Or it seemed like it wasn’t, at least.

He has shown strength with his arm;
he has scattered the proud in the thoughts of their hearts;
he has brought down the mighty from their thrones.

He hadn’t scattered the proud in the thoughts of their hearts. He hadn’t brought down the mighty from their thrones. Why wasn’t He showing strength with His arm? Couldn’t He have stopped this!

How many times I have lamented in this way.

Even down into hiding in Egypt, the two young parents carried with them the true memory of the shepherds who had come to worship the newborn Great Shepherd because they had been notified by a host of angels.

They carried with them the memory of wise men who had come to worship the newborn King because they had seen His sign in the East and had traveled far. 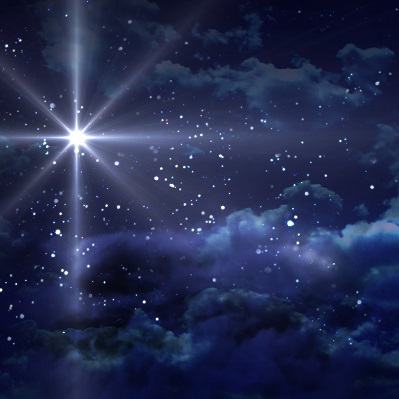 They carried with them the memory that two aged servants of the Most High God, Simeon and Anna, had recognized the Ultimate Servant of God and prayed and prophesied over Him.

They carried the memory that an angel had come to each of them separately to let them know that this baby would be born and would save His people from their sins. That prophecy needed to be fulfilled.

They carried with them the memory that even though the psychopathic megalomaniac was running amok with slaughter and bloodshed (with equally psychopathic soldiers willing to carry out his work), they had been divinely warned and were kept safe because Baby Jesus needed to grow up. He spent His earliest years in a foreign land, but He was safe.

How would they know when to go back? Should they ever go back? Surely they should! I can picture them having these discussions together, wondering when in the world it would be safe, or if it ever would.

But God has His divine communication that will never allow the evil psychopathic plans to thwart His purposes. An angel told Joseph when Herod “the Great” had died and it was safe to go back to Israel.

Why did Joseph consider returning to Judea, when he and Mary had their roots in Galilee? People didn’t move from one state to another in those days like they do now. Was it because the prophecy told that Jesus would come from Judea and he felt an obligation to settle there for that purpose? Maybe so they could make more regular visits to the temple in Jerusalem? We don’t know, but we do know that he thought about moving back to Judea, because Matthew 2:22 tells us he was afraid to go there when he found out that Herod “the Great” had a son who was reigning there now.

Judea, where Bethlehem was, was very much under the watchful eye of the rulers, because Israel’s capital, Jerusalem, was there too. Nazareth of Galilee, where Joseph and Mary had come from—and where they decided to return to, after again being warned by an angel—was a dot on the map. By going back to their roots, they were basically going into hiding.

This didn’t seem like the way to raise the Son of God, did it?

But even with all their unanswered questions, even though they didn’t see evil completely obliterated in their lifetime—even though they (or at least Mary) saw the greatest evil ever executed in the history of humankind when Jesus was killed on the cross—still they lived faithfully, walking in the ways of the Lord and trusting Him to fulfill His promises at the right time.

God is like that. Taking what the enemy means for evil and turning it for good. It might take a really long time, far longer than we would want, and there may be much bloodshed by psychopathic megalomaniacs in the meantime. It might be very confusing and very frightening.

But we will keep looking to Him and expecting to receive our guidance from Him. Because He is where all our Hope lies, He is good, and ultimately none of His good plans can be thwarted.

Thanks to my husband Tim for the thoughts that led to this post.

Wow. Just wow. THANK GOD we serve a Righteous King who is faithful to take what the enemy meant for evil and use it for good! He really is So Much Bigger (more powerful and amazing) than we can fathom. Praise Him!

Good thoughts in our troubling times. And I am reminded that although all that happened to keep the Messiah alive, God is still Who He is and was. I have eternal hope if nothing changes here on earth. I appreciate you pointing me back to God, and helping me get my mind focused on the Right things. I am reminded that the disciples didn’t focus on the wicked government they lived under, but taking the Gospel to the end of the earth. Now what does that look like for me? I have been praying about that in the midst of my fear of man. Thank you, Rebecca! And Merry Christmas to you too!

So important! And merry Christmas to you too!

I recently studied the first chapters of Mathew. I imagine the gifts that people brought baby Jesus helped his parents flee when they needed to. So one could say God provided even when this megalomaniac was on the attack.

Yes! They were probably wondering, What should we do with these? But the answer became obvious. They were needed for survival. Again, an odd way to welcome the King of Kings.

Thank you Rebecca for blessing me on this day with your priceless blog!I sure was in need of TRUTH! I am blessed by it. Merry Christmas!!

Amen, and thank you, Libby!

And God bless you!

Thank you for once again helping us, your readers, keep our focus on God as our Source of hope and peace through Christ in the midst of circumstances outside our control. The reminders of His faithfulness throughout our journey with the Lord are His gifts that sustain and act as signposts, shining just enough light for the next step ahead when we need it most. God bless and keep you and your family in his loving care this Christmas and in the coming year, Rebecca. I appreciate you!

“The reminders of His faithfulness throughout our journey with the Lord are His gifts that sustain and act as signposts, shining just enough light for the next step ahead when we need it most.” Amen! Thank you, Lyn! I’m thankful for you too and wish you all the best in the coming year.

Rebecca, as always, thank you for this. It hits hard in ways I cannot express but means so much. Thanks to your husband for his part in it, too. Merry Christmas.

Thank you, Stephanie. God bless you this Christmas.

The God of all comfort is still on the throne, still guiding us along. We have no possible idea of the glory that awaits us in eternity, but we press on, knowing that our Shepherd leads, and that He loves us beyond measure.

Thanks for this, Rebecca. It’s a great encouragement to keep remembering how God has worked in the past in my own life, and how He has a plan for the future, and will most definitely bring it to pass. Merry Christmas!

This is beautiful. Thank you so much, Janet.

What a beautiful, powerful reminder that our way of thinking may seem in accordance with God’s will, yet His ways are higher than ours and for our good. It just isn’t always easy to see in the moment.

I’ve been pondering Romans 15:13, asking God, “how are You the God of hope when it doesn’t feel that way?” This article reminds me to look back at God’s incredible faithfulness and see hope for the future because He exists and loves us.

I love how this is so relatable to those of us who have experienced God walking us through scary escapes from evil, away from those who wanted to destroy us!
We remember how he whispered things to us that we could not have known on our own; how he reassured us and helped us and even gave us a song of praise in our hearts! His help was miraculous, tangible and inexplicable!
The joy of being chosen and experiencing the impossible – thanks for reminding me if that through this story that I’ve read 100 times!!
He truly helps us against those who are too strong for us!
Praise be to God for his indescribable gift!
Happy New Year, thank you for this post!