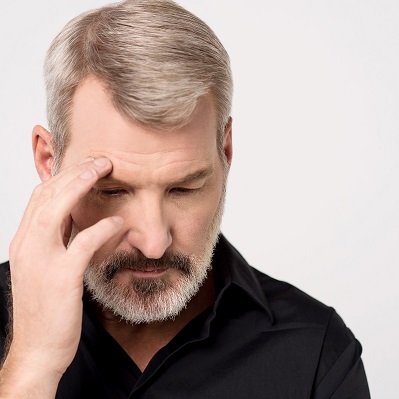 It seems like the last ten years or so, having a word for the New Year has replaced making New Year’s resolutions or goals.

So if the apostle Paul had done this, I’m guessing one of the many years of his Christian life, “holy amnesia” may have been his word (okay, technically “words”).

Paul wanted to forget what was behind him. (Of course what was in front of him couldn’t be forgotten because it hadn’t been experienced yet.)

So “what was behind”—wouldn’t that be . . . everything he had ever experienced?

Did Paul want to forget his entire life?

Hmmm . . . something seems a little fishy here. Maybe it’s because I lifted a few lines right out of the letter he was writing without looking at the rest of the letter.

But before I look at that, let’s look at some other things Paul didn’t forget, or want others to forget.

He didn’t forget past experiences, good and bad

Acts 22 and 26 recount how Paul told his life story, first to the Jews, and then to King Agrippa. His life experiences included very good and very bad things: he had persecuted Christians, and the Lord Jesus Christ had brought him to salvation. From the worst to the best.

He called on other Christians to remember things

He obviously didn’t want them to forget everything in their lives.

1 Corinthians 11:2 — Remember me and the ordinances I taught you.

Ephesians 2 — Remember that you used to be far from God and are no longer.

1 Thessalonians 2:9 — Remember how we served you.

2 Thessalonians 2:5 — Remember I explained these things to you in person.

2 Timothy 2:8 — Remember that Jesus Christ was raised from the dead, according to the gospel I taught you.

He didn’t forget those who were not trustworthy

Demas was a partner in the Great Work, as Colossians 4:14 and Philemon 1:24 both show. But at the very end of his life Paul lamented to Timothy in 2 Timothy 4:10,

“For Demas, in love with this present world, has deserted me and gone to Thessalonica.”

He didn’t forget the betrayal or the pain it caused him.

Only four verses later, here at the end of his life, Paul remembered and made mention of “Alexander the coppersmith, [who] did me great harm.” He warned Timothy, “Beware of him yourself, for he strongly opposed our message.”

No, that old maxim is not in the Bible. But it represents a truth. And the way it works is by remembering what was done.

So what did Paul forget? What was his “holy amnesia”?

In this chapter of the letter to the Philippians, chapter 3, Paul warned his readers to watch out for those who “mutilate the flesh” (circumcision), thinking it would make them more holy. He was talking there about the Judaizers: the ones who wanted to give Christians a list of rules to keep in “the flesh” (our own ability) to make them more holy.

Paul said, “If anyone wants to boast in ‘the flesh,’ I can top that.” (That’s my loose paraphrase.)

Then he listed his earthly accomplishments, or status symbols:

~ He was a “Hebrew of the Hebrews,” top of his class, doing everything right, keeping the law with the best of them.
~ He even came from one of the “best” tribes.
~ He couldn’t be faulted for his adherence to the law. He was even a Pharisee (which didn’t have the negative connotation for most of the Jews then the way it does for us now).
~ His zeal was obvious through his desire to snuff out anything (that is, Christianity) that didn’t adhere to the religion of his fathers as he understood it.

He said the ones who are the true circumcised people of God are the ones who live in the spirit and rejoice in Christ Jesus.

Those status symbol physical fleshly sources of pride now were utterly worthless to him. All his accomplishments were worthless because the only treasure worth having was knowing Jesus Christ.

Paul had found, to his amazement, that he didn’t receive approval from God by Keeping the List. No, all the approval came through faith in Jesus Christ! Jesus Christ did it all!

Here’s something else important to notice.

In verse 12 of chapter 3, Paul began using a metaphor. He began comparing his life to running a marathon. God’s Word Translation renders it this way:

It’s not that I’ve already reached the goal or have already completed the course. But I run to win that which Jesus Christ has already won for me. Brothers and sisters, I can’t consider myself a winner yet. This is what I do: I don’t look back, I lengthen my stride, and I run straight toward the goal to win the prize that God’s heavenly call offers in Christ Jesus.

That “I don’t look back,” there, that’s how they rendered the “forgetting those things that are behind.”

Paul was running a marathon with his life, and he wanted to finish well. What did “finishing well” look like?

He had accomplished great things “in the flesh” and had status among his fellow men. But he completely eschewed that exalted position, which was meaningless in the big picture.

He even accomplished great things for the Kingdom of God in the power of the Holy Spirit! This isn’t mentioned here, so I might be extrapolating, but I believe I can say he wasn’t even going to look back on those accomplishments in order to simply rest on his laurels.

No, he was going to keep running toward Jesus. And as I mentioned in my “Obey Your Leaders and Submit to Their Authority” article (which is also a chapter of Untwisting Scriptures #2), he was pointing others to Jesus as he ran. In the same chapter of Philippians, he wrote (again, God’s Word Translation):

Whoever has a mature faith should think this way. And if you think differently, God will show you how to think. However, we should be guided by what we have learned so far.

The “holy amnesia” for us

It’s important to understand what the “this way” is that we’re supposed to think if we have a mature faith.

It’s not that we forget past grief or betrayal. Actually, one of the best ways to fully heal from it is to remember it and process it with the Lord’s presence.

It’s not that we should forget the experiences of our lives. They have played their part in shaping us as to who we are today. Wisdom learns from experience.

We certainly shouldn’t forget the great things the Lord has done for us or the truths He has taught us, or our obligation to the poor and needy.

And . . . Paul didn’t even “forget” his fleshly, earthly, legalistic accomplishments. After all, he was able to list them right there.

His “holy amnesia” was about focus. Where he was turning his eyes as he ran his marathon.

Was he going to look behind him and pat himself on the back for his accomplishments?

No. Doing that—in a race or in life—is one of the surest ways to stumble.

His “holy amnesia” turned him from past accomplishments and pointed him forward, toward the Lord and His righteousness.

I’ve never chosen a word for the year, but maybe if I did, I might also choose “holy amnesia.”

As we mature in our faith, let’s all be focused this way. And may 2022 be a year of the greatest blessing of all: seeing the Lord Jesus more clearly in our lives.

P.S. I also wrote briefly about Philippians 3:13 three years ago in “How to Handle Those ‘Forgive and Forget’ Scriptures.” You can read that article here.

Interesting thoughts. Much to think about.

In stating “don’t look back”, Paul is actually repeating the same command that the Lord said Lot and his family upon leaving Sodom and Gemorrah. It is the same meaning within this context.

When I read this and remembered all the times I told myself this verse in Philippians and also the one in Luke….He who puts his hand to the plow and looks back is no fit for the Kingdom of God….these are 2 of the verses that have kept me stuck and afraid to look at the truth. I didn’t think I was supposed to, I just keep pushing on and pushing….telling myself not to think about the past only good things…focus on those things…It is very confusing coming out of the mess and sorting to find the truth….Thank you Rebecca for helping me clear the path!!!

Thankful for that, Terri. Absolutely it is important to look at the truth. Here’s another blog post that might be helpful about that. https://heresthejoy.com/2018/09/no-digging-up-the-past-allowed-a-response-to-nouthetic-biblical-counseling/