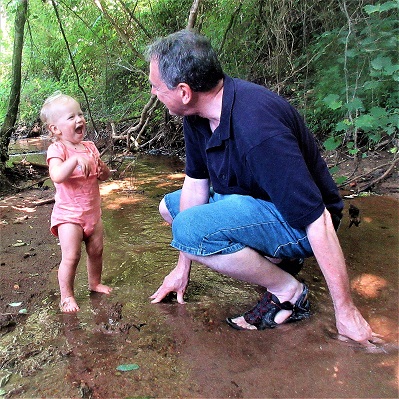 Recently our one-and-a-half-year-old granddaughter, Phoebe, blessed me with an “Abba moment.” But it can’t be fully appreciated without some backstory.

She’s been a shy one—especially toward big men with beards. I’m average size, and I don’t usually have much of a beard, but I’m still a big man to her.

So once she was old enough to come over to our house for stays, she clung to Grammy (Rebecca) and mostly tried to avoid me. She leaned away when I approached, even crying when I tried to hold her. Yes, it made me sad.

She came every week, and we tried to help her get past her misunderstanding of who I was—her Grampy—and I loved her. But she was scared.

When she seemed to suspiciously watch my every move, I tried being more casual. Little by little, bit by bit, we made progress. As Phoebe gained confidence, she began to trust me more and more, until eventually she was as happy to see me as she was to see Grammy.

Then one day she just walked over to me, her face beaming. She stretched her hands up to me to pick her up.

It was an all-out “Abba moment.”

“Abba” is like “Papa” (or in this case “Grampy”). Phoebe’s communication skills are mostly non-verbal, but she has a vast collection of gestures that rarely fail to get her message across. So she didn’t need to say anything in that Abba moment. Her actions were completely intentional—she came, she smiled, she reached . . . and then what would you guess I did?

Well, I told her how she’d been such a disappointment to me, turned my back, and walked away.

Of course I picked her up and held her, delighted that she’d come to trust me and wanted to be with me.

Twice Paul uses this allusion in reference to our approach to God as our Father—in Romans and Galatians (my two favorite books). He invites us to come to Him as Phoebe came to me—personal, trusting, expectant. And He won’t turn away, because He’s a better parent (or grandparent) than I am.

Yet, despite this loving picture, some preachers and teachers represent God as stern and unapproachable—always reminding us of our shortcomings. Whenever I hear or read this misrepresentation, I cringe.

Then I remember that he wants us to reach up and call him “Abba.”

Recently, I stood in a field, at a burn pile. It was barren—in the middle of a grassy field far from the house on the property. A loved one told me I could go there to “pay my respects” to the one whose ashes were spread there with those half-burned stumps and tree roots. 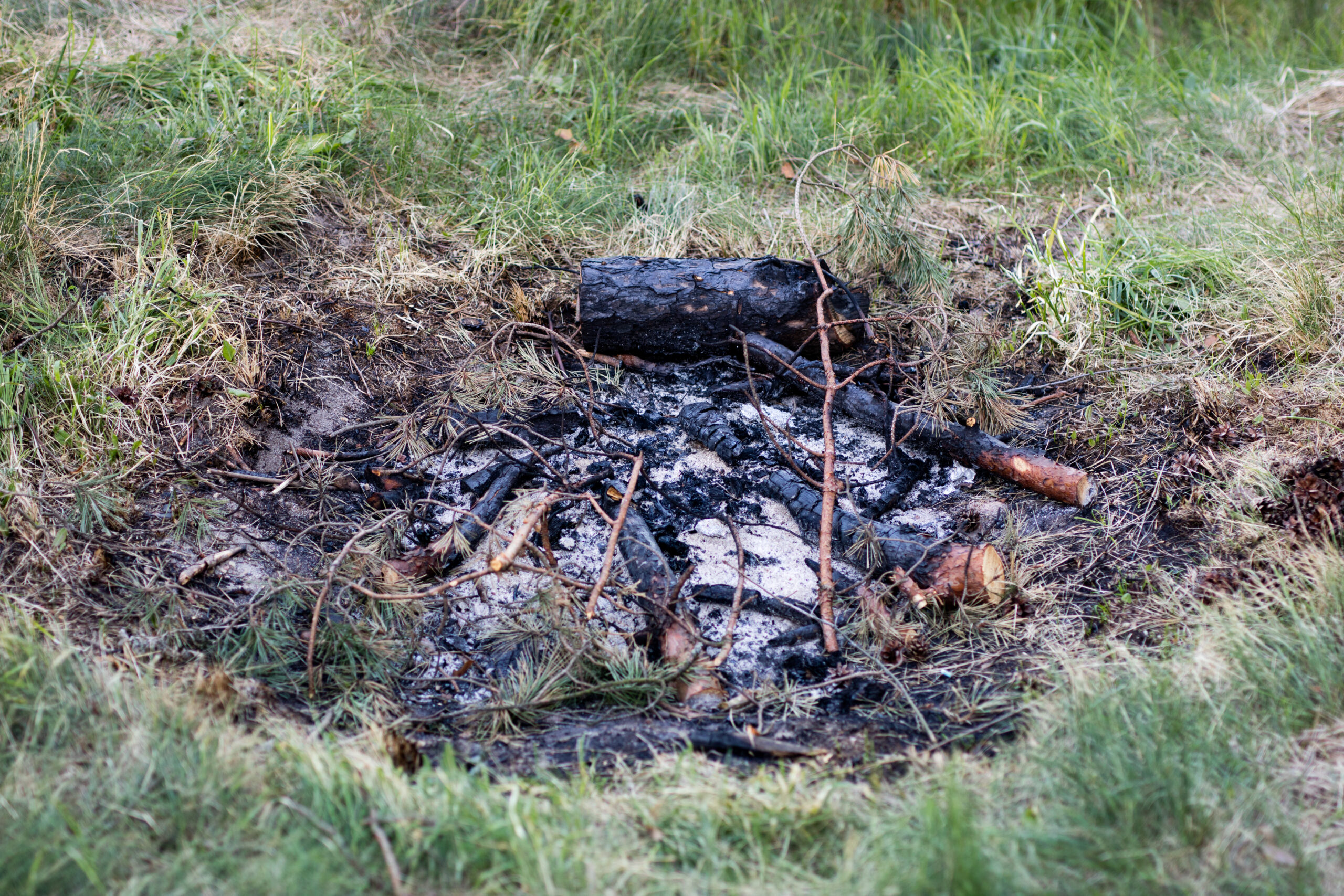 It was her father.

She didn’t like to refer to him by that title—that was undeserved. He had abused her and her sisters when they were young and defenseless. So, as a way to create some distance between them, she called him by his first name.

He should have been someone they could trust. He was not. He had grossly misrepresented what it means to be a father.

But now she is no longer defenseless. Her hope and strength come from her heavenly father—from God—the perfect Father, called the father of the fatherless.

But even the word “father” still made a bitter taste in her mouth.

So she leaves the bitter taste in the ashes of the burn pile and reaches up.

Thank you for this lovely picture of the heart of God. It is tragic that so often the Institutional Church has perpetuated a picture of a stern, fearful and unresponsive God, when he is, like you with your much loved granddaughter, eager to be trusted and approached. How thankful I am to have a loving, compassionate, approachable heavenly Father who longs to walk with me.

Thank you, Tim! This is wonderful!!

Father’s Day can be plain hard. Thank you Tim for these two beautiful pictures!

Lovely idea to call God Abba. So many have been harmed. Mine is a mostly good man, but couldn’t defend me because he believed the abusers more than me, being a female? He is also niave

I’m so sorry to hear that, Catherine. God bless you.

Wow. This is so beautiful and presents a sweet, relatable picture of our all-gracious, loving Father.

I too struggle with the image. My father came from a horrifically abusive home, did not know God and became an alcoholic after marrying my mom. He was never abusive, but emotionally detached, and she divorced him when I was four. (Fortunately, he met Jesus a few months before he died a couple years ago.) My grandfather was an abusive alcoholic, and my eventual stepdad was a foul-mouthed bully until he got saved when I was an adult.

Thank you for this wonderful reminder of His eternally loving, approachable heart toward us.

Oh friend, I’m so sorry for the messed-up father figures you experienced at such a young and vulnerable age. When you can’t “know” with your whole self who the true, good Heavenly Father is, then knowing at least with your intellect is a start. It’s a journey for sure, and He is very loving and patient. Much love to you.