Reflections on My 59th Birthday: A Warrior’s Tale

“You have said you are Incapable?” He stood tall, looking down on her.

“Yes,” she stammered. “That’s my name.” She pulled a wisp of hair from her eye where it had stuck because of her tears.

He responded simply. “Your new name is Warrior.”

Her eyes darted up to His. Was that kindness she saw there, or was He laughing at her?

“It doesn’t fit,” she replied with a slight shrug and looked down. How could His garment be so white, so shining? 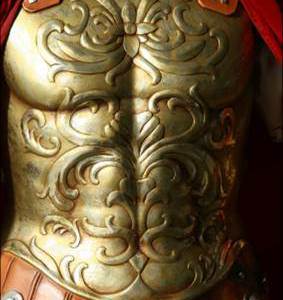 It appeared that He hadn’t heard her. From out of somewhere, He produced armor. “This is the breastplate of My righteousness,” He said. “You will wear it.” It looked huge, like it would engulf her.

“This is the helmet of the salvation I provide,” He said. “You will wear it.”

Shoes. “I am the Peace you will proclaim.”

With His help, she donned each piece of armor that He gave her. Somehow they seemed to fit. She felt safe inside them.

Then He produced a shield. It glistened, like His robe, but even more, as if it sent out beams of light.

“This is the shield of faith.”  He strapped it on her arm. “The only shield that truly protects  is faith in Me, because I am all your righteousness and your only Protector.”

This time as she looked at Him, she knew His eyes were tender.

He leaned in close as he showed her how to hold it. The next words shouldn’t have surprised her, but they did. “The logos of God—I am the logos of God. I am your sword. I will go with you and fight your battles for you.”

He stepped back and looked at her. “Your new name is Warrior,” he repeated. “Do you know why?”

“Because I’m going into battle.” She may have been Incapable, but she wasn’t Stupid.

“Yes.” He smiled as His large hand touched a wisp of her hair. “But you don’t need to fear. Because I am all your armor.” 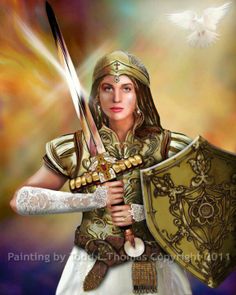 For the first time she looked down, around, at where they stood, at the top of a mountain, with a footpath down into a deep Valley. Somehow she knew where she was supposed to go.

But she asked anyway. “Is that the way? Down there?”

“Yes, you’ll be going into that Valley.”

“It’s dark down there. It’s really dark. I can’t even see anything down there at all. It’s like a terrible black cloud covers the whole thing.”

She shrank back, and tears filled her eyes again. “I can’t go down there. It’s too dark.”

He continued without acknowledging her words at first. “I love those souls there under that dark cloud. They are wounded and dying and need to be rescued. They need My Living Water.”

The sound of a moan floated up to her ears from that distant Valley, so far away, and she caught her breath. “I can’t! I’m Incapable!”

He leaned forward and looked into her eyes. “Capable Warrior,” He said, “Don’t you know that the highways to Zion are in your heart?”

She remembered. She knew. She nodded ever so slightly.

“When you go through that Valley, you will shed many tears.”

“Well, I guess that makes sense,” she replied, “since it’s called the Valley of Weeping.” It was very important to her that things always make sense.

“Yes. But as you go through the Valley of Weeping, you’ll make it a place of springs.”

“How can that be?” She turned her face away from that oppressive darkness and looked in His gentle eyes. “I don’t understand.”

“You have come to Me. I’ve promised that whoever comes to Me will have springs of Living Water springing out of her innermost being. You give them the Living Water, Capable Warrior. Give it to them, as you fight the forces of evil through the power of My Spirit.”

She felt the tears and didn’t reply.

He gazed out at the sky over the valley and added, “And don’t forget. My rain will fill the pools.”

His rain. His rain will fill the pools.

Her breath came in harsh sobs, and she covered her eyes. “It’s too hard.” she whispered.

For the first time she realized a flask hung around her neck.

“It will always be filled,” He said, “as long as you continue to look to Me.”

As she began the descent down the mountain, somehow she continued to be able to hear His voice, as if He were right there. “You’ll come back up here often,” He said, “bringing wounded souls with you for healing, because the highways to Zion are in your heart. Remember, your strength is in Me. Remember, you will go from strength to strength. Do not despair. Even when things look darkest, trust Me.” 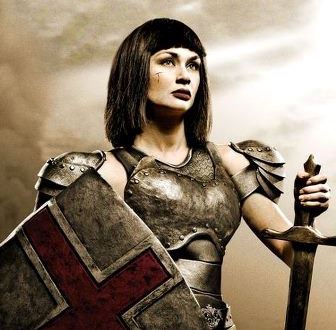 As she walked into the darkness, she heard Him, and she knew He was there. The shield and the sword provided light. She trusted Him.

She found others who were fighting and weeping and trusting and loving and praying and serving. And sometimes she and others were able to bring wounded souls up the mountain.

But she trusted Him, the one who gave her the armor, the one who was her armor. And she knew even in the midst of the darkness and evil, He would fight the battle, shine His light, give His Living Water, rescue the wounded, and pour out the love of His loving heart.

And she continued to scan the skies, watching for the rain He had promised, trusting Him in that very Valley, trusting Him to fill the pools. 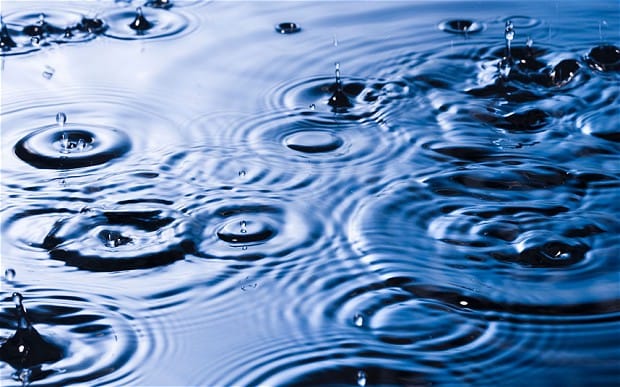 Extraordinary! So encouraging! A beautiful writing! Thank you!

Thank you for your Birthday reflections. I often recall what the Lord has done for us and I stand in awe. Thank you for the reminder of what He has equipped us with! Ephesians 6:12. ~ Beck

Thank you so much, Rebecca. What a rich text, full of truths and encouragment. I needed to be reminded of the truths contained here. Your bday, but our gift.

Thank you for being the warrior and healer.

Incredible. I am sharing this with our team of Give Her Wings. Thank you for being a warrior and a warrior-child. I stand beside you, fighting. Hugs.

The other kind of radical | Here's the Joy

[…] Last September for my Birthday Reflections post (an annual tradition), I wrote about going down into the dark valley called The Valley of Weeping. […]

This is lovely. If I may offer a criticism. though, it’s of the line where you wrote:

““Because I’m going into battle.” She may have been Incapable, but she wasn’t Stupid.”

Lower levels of intelligence seem to be widely denigrated but some people are born less gifted in that department, some are developmentally delayed, some sustain brain injuries and the list goes on.

I found it out of place in an otherwise lovely post.

No need to post my comment. I just wanted to communicate my hurt. I’d rather encounter someone deemed ‘stupid’ by society who has a heart of gold, than a person of greater intelligence who is crafty, cunning, and full of trickery and schemes.

Thank you so much for your comment, anonymous commenter—I had never thought about it that way. I agree with you completely that I would also rather have a good-hearted individual in my life who isn’t quick on the uptake than a devilish monster who is brilliantly intelligent. The heart is far more important than the intellect.

Christians and Conspiracy Theories: a Response to Joe Carter at The Gospel Coalition – by Rebecca Davis (reposted with permission) – For the Silenced Ones

Christians and conspiracy theories: a response to The Gospel Coalition | Here's the Joy

[…] says “I am ALL your armor” sits on the shelf on one side (a precious gift from a friend based on one of my blog posts from years back), and my print of the shepherd dog hangs on the wall on the other side (I have another blog post […]

[…] is where we are as we continue this work in 2023. Taking on the full armor of God, trusting Him each step of the way. It is a good work, and I invite you to join those of us on the […]