Someone just alerted me to your “Your marriage is designed to kill you” (link) blog post, so I suppose at some point I’ll be replying to it on my own blog. I wanted to ask, before I do that, if you’d be willing to write a disclaimer for that post, regarding abusive situations.

To clarify, since some people actually have been killed in their marriages, and since several Christian women I know were very nearly killed or were threatened with death multiple times (by husbands who also claimed to be Christians), I just wanted to ask if you’d like to give some sort of moderating, cautionary statement.

I disagree with some of the basic tenets of your post, so I believe a robust response to it could still be helpful for others who are also trying to think for themselves and would like to see different perspectives [which is now published here], but I want to first offer the possibility that maybe you just weren’t aware of the many abusive situations around you, even in the churches. I certainly wasn’t before about 11 years ago, so I can fully appreciate being unaware. (I recently wrote about the categories of people in churches regarding abuse (link), and “Unaware” was one of the categories.)

I know you don’t know me and thus may think I’m overstating my case. But I’m a nearly-sixty-year-old woman (in a very good 32-year-long marriage with a good man, by the way, in which neither of us is dying) who spends many hours every week hearing the accounts of those who have been targeted by wicked abusers (who have claimed to be good Christians), and seeking to offer them hope in Jesus Christ.

Thank you, and I pray that we can continue this discussion.

This letter was sent June 15, 2017, a month before my “dying to self” series went up. I never received a reply from Darrell, and he didn’t modify his blog article. It grieves me greatly to see how destructive messages like this one continue to be propagated in the church of our Lord Jesus Christ. 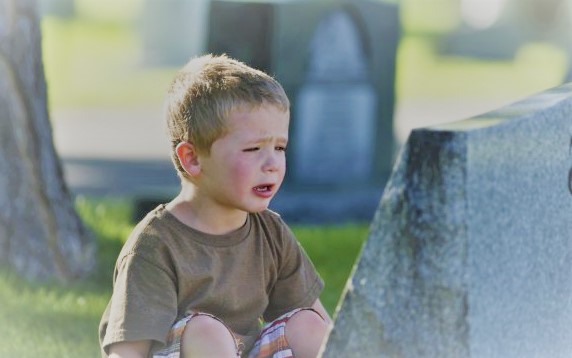 While my father never behaved violently while I was old enough to recall anything my mother says he quietly threatened her with death if she ever took action and divorced him. Almost twenty years later with the assistance of my grandmother and a friend we quickly packed up everything we owned and left before my father came home from work. Even though it was only a one time threat my mother knew that it would not have taken very much for my father to carry it out. So yes Christian men in good standing with the church and who have a stellar standing in the community can be dangerous people behind closed doors.

Of course they can—that’s the story of the majority of people who talk to me. That’s why the kind of writing that says “your marriage is DESIGNED to kill you” is so ignorant and dangerous.

I’m thankful you and your family got to safety.

I begged my mother to leave my abusive father. She couldn’t. She didn’t have the confidence and really had no where to go especially with me a teenager in tow.
The fear factor could have been there even though she didn’t voice it to me. She had fled to her parents once and reported the abuse. After the ‘hearing’ and payment of a fine; my father threatened us. “If you ever report me again and I go to jail; I’ll get you when I’m out.” 🙁

This is just so horrific. I would love to be able to say there’s more understanding and protection now, but I’m not convinced there is even in our justice and legal system. Certainly not in most churches. We still have a long way to go, I’m afraid.

You are very right, Rebecca. The lack of protection has not changed — very few want to get involved.

thank you so much for writing what you do! My marriage almost did kill me. I lived with constant threats such as him telling me he could make my death look like a suicide and I was constantly told that I should commit suicide “for the sake of the kids” (didn’t find out until after separation that he is narcissistic sociopath)
He was the typical “perfect” husband and father in public so the church that we attended sided with him even though they had often seen bruises on me. (he told them that I gave the bruises to myself in an effort to falsely accuse him of abuse)
As a Christian woman living with that, it caused me to doubt God’s goodness (back then – I know now that He was grieving and also protecting me from a number of things which are too long for this comment)
It’s almost impossible to separate “God has a plan for me” and “I live with the almost daily threat of being killed” without coming to the conclusion that if God planned for me to live in that kind of horror, then I can’t trust God (not to mention ALL the other forms of abuse – I’ve had several psychologists tell me that mine was the worst situation they’ve heard of in all their years of practice – many have asked me HOW I stayed so strong – I realize now it was God) I remember what it was like to come across a book (When Love Hurts) that detailed out many types of abuse and how I devoured that information (kept the book hidden) I was constantly searching for answers, for some imformation that could help me make sense of the sadistic twistedness that I was living in. It was so validating to read other women’s experiences and I’m so grateful for the survivors before me who broke the silence. It was such a relief to finally learn why it was that no one else could see what I saw (he didn’t act that way when there were witnesses)
I’m now on the other side of all that and God and the community of survivors have been intrumental in my healing. God has also taken what I went through and He is using it to help other women heal from narcissistic abuse. Sadly but understandably, many of the women I’m helping, want nothing to do with God because of the church’s teachings such as darrell’s.

I’m so thankful that the Lord was faithful to carry you through the nightmare of darkness, and I’m also grateful for survivors who have bravely spoken out.

But still I ache for you and weep for you and feel anger for you and all others who have been treated this way not only by narcissistic sociopaths, but by the church of Jesus Christ that is supposed to love and protect the weak and oppressed but is so often failing in the very thing we’re called to do. It is so long past time to recognize the wolves in sheep’s clothing for what they are.

I appreciate you writing about this. I read the “Marriage is designed to kill you” article as well , and a couple of thoughts occurred to me as I read it. Two of the author’s statements seem to be rooted in the false assumption that “we have no innate desire to glorify God.” As well as, “…you and I are hardened,” Although the statements sound humble, they seem to imply that God cannot be trusted to keep His Word. While it may be true for non-Christians, someone who has been born of God is no longer “hardened.” God says of Himself that He is the Truth and He also promised to all who call on Him to give them a new heart that is inclined to please Him.

All this type of teaching does is cause doubt in the heart of already crushed people. I know because I am one of them. I sat under this type of “I’m the worst sinner I know type of teaching for 20+ years and it has done nothing for me except to erode my faith, and destroy my health and ability to develop healthy relationships with other people. It started when I was a very young Christian and was harshly rebuked by a pastor, who knew very little about me, because I had the audacity to think that God would deliver me from an abusive marriage. Assuming the sinful motivation of the weak cuts people off from the only One who can actually help them because it makes their so called sinful state more important that God’s ability to fulfill the promises He makes to His people. Its so sad that these teachers put all of this stuff out there to the masses without bothering to get to know the people they are speaking to or examining their own assumptions.

Thank you so much for what you’re doing. God has used your writing to begin to bring healing to my life, including having the audacity to believe He loves even me :).

This is exactly true. We as born-again children of God are NOT in the category of God-haters. We DO have “an innate desire to glorify God”! This is why for real Christians, our sin troubles us and brings us to repentance. He hasn’t simply given us a new destination, He has given us a whole new heart, a new direction, and new desires. This is what He promised in the Old Covenant, and what He accomplished in the New. If Darrel doesn’t believe that, if he wants to lump Christians in with non-Christians when it comes to our hearts, then he’s missing what the Scriptures say about God’s New Covenant people.

I did write a blog post about “worst sinner I know,” one of the false teachings that sound so humble but are keeping Christians in a place of bondage. https://heresthejoy.com/2017/03/four-ways-teaching-christians-to-embrace-im-the-worst-sinner-i-know-is-harming-the-church/ There are other teachings like this that I want to address too. Thank you for your encouraging words!

He should have written some sort of clause for abuse victims at the end. Especially after receiving your letter.