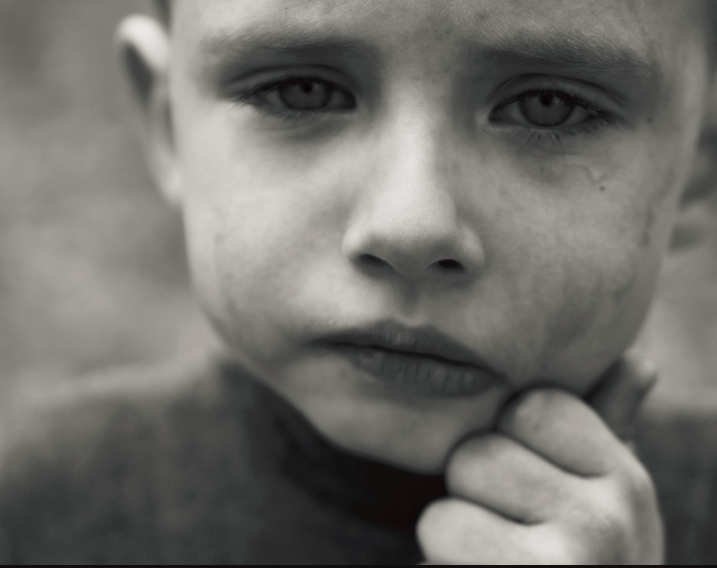 “Therefore I exhort you, brothers [and sisters], through the mercies of God, to present your bodies as a living sacrifice, holy and pleasing to God, which is your reasonable [rational] service.”

I’ve been naïve and sheltered apparently, because I was in my fifties before I found out how this expression, this good Bible verse, had been perverted beyond recognition. For me, beyond imagining, until I learned it was real.

The perversion of this Scripture 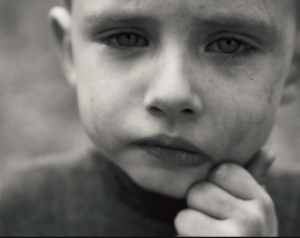 I have several friends—who don’t even know each other—whose childhood abusers explicitly told them they were “living sacrifices.” Maybe you can fill in some of the details I’m not providing there.

Also, some children, especially children of missionaries, have been told that the reason their parents sent them off to boarding schools was so their parents could focus on mission work, and sometimes the children have been told to be “living sacrifices” as part of this explanation. Because abuse has often happened in boarding schools, for these children too, abuse often became a part of their internalized definition of “living sacrifice,” even if it wasn’t explicitly stated as such.

Also, some adults who are victimized (such as wives in domestic abuse situations) have believed they should continue to allow themselves to be harmed because they want to be “living sacrifices,” hoping that somehow the sacrifice will be salvific, that through it their abuser will come to salvation.

But these kinds of “sacrifices” are not what God meant by Romans 12:1. Sacrificing the vulnerable to abuse is a perversion of all that is holy. It is, in fact, a perpetuation of evil.

What in the world?

It may seem strange and even ridiculous to some that such a perversion of Scripture needs to be addressed. But it does. There are far too many who have thought it was God Himself who wanted them to submit to horrors, in the name of being a living sacrifice.

In fact, it’s not at all uncommon for Christians who are ignorant of these evils to say something like, “We need to accept whatever God brings into our lives. Even abuse—God wants to teach us lessons through it.”  (One of my many commentaries on this kind of thinking can be found here.)

To someone who has been taught to be a “living sacrifice” in the evil and perverted sense, this kind of half-right teaching only reinforces the evil.

Sorting out the truth

When a child being abused is told he or she is a “living sacrifice” and is shown these words in the Bible, what is the child to think?

The logical conclusion is that God wants this horror to happen. But why in the world would He do that? Only if . . .

A child, especially a child who is being abused, is unable to sort any of this out. This is why it’s so vitally important for good adults in a child’s life to be teaching truth regarding these things, as I talked about in this article here.

How crucial it is for those of us who know the real Jesus to show children the perversion of that way of thinking, even children who look like they’re from model Christian homes. Tell them outright that being “sacrificed” in abuse is never what God intended.

Doing things, especially really hard things, in order to become more pleasing to God is such a common false belief that it breaks my heart to see Christians struggling under the weight of it, and oh how I wish more Christians could understand the truth about this matter. I’ve written several blog posts on the topic:

What God really wants for our bodies

So of course it’s important to understand, what does the Lord really mean when He tells us to be “living sacrifices”?

Well, we can know for sure from that very verse, Romans 12:1, that “holiness” (which is rarely defined) is part of it, and “reasonableness” or “being in line with reason.” The very next verse talks about being “transformed” and having our minds renewed. All this sounds very different from submitting to abuse.

Romans as a book is one long defense of the gospel along with rational conclusions of that defense. One snippet of that logical argument shouldn’t be separated from all the rest of it. In fact, Romans 6 offers a long explanation for what the full Christian life lived by faith will look like in the life and body of a believer. In verse 13, the Scriptures tell us,

God wants our bodies to be used for righteousness, not sin or wrongdoing, ours or anyone else’s. Acts 22 makes it clear that even unjust punishment is included—giving the account of the apostle Paul (who wrote the book of Romans) warning a Roman soldier not to flog him, since he himself was a Roman citizen. One of the biggest messages here is this:

God is opposed to sin, wrongdoing, and injustice.

They are not His desires for His children.

When a person’s body is sinned against by an evildoer, then the evildoer is heaping judgment upon himself, and the victim has every right to escape if possible. If it takes years for the victim to escape (as in the case of a child finally growing up and getting away), then when they do, it’s vital for them to understand the truth about who God is and what He desires for His children.

So . . . Paul is the one who wrote that bit about living sacrifices, and he didn’t let a Roman soldier unjustly flog him. So what did being a living sacrifice look like in the life of Paul?

That’s actually an easy one to see, since Paul wrote so much about himself in his epistles. The bottom line description of “living sacrifice” in the life of Paul is that

Paul was willing—and even glad—to suffer physical hardship in order to bring the good news of the great salvation of Jesus Christ to as many people as possible.

all for the sake of bringing others the good news of the great and full and complete and powerful salvation of Jesus Christ.

But do you see the difference? Paul was willing to go through hardship in order to accomplish his important purpose of furthering the Kingdom of the Lord Jesus Christ. Just as Jesus Himself did, as Hebrews 12:2 says, when He freely offered Himself as a sacrifice for us, enduring the cross—and not even caring about the shame associated with it—for the great joy that He knew lay on the other side of it.

Physical hardship, deprivation, and even persecution were understood to be part of living the life of offering the hope of salvation, the cool water of the Spirit, to those who desperately needed it. It did not mean choosing to suffer hardship when there was no point to it or it would further evil.

Adults need to care for children and never harm them

I wrote this (slightly edited) to a friend, in partial explanation of the falsehood of the perverted “living sacrifice” teaching:

If people who want to bring hope and help to others choose to sacrifice themselves in ways that mean they lose their health (as William Wilberforce did in his efforts to free the slaves), or even their lives (as the Auca missionaries and many others have done), then that is something they should be able to choose as fully functional adults with the ability to weigh consequences and potential consequences before they freely make a choice of action.

BUT it would have been wrong if William Wilberforce had decided to sacrifice his child’s health and well being for anyone. It’s wrong to sacrifice a child—or any person against their will—for anyone else. God very explicitly condemns human sacrifice in the Bible and very clearly speaks over and over of how we are to help the weak and vulnerable among us.

If you were to see anyone harming their child in the name of being a “living sacrifice,” you would want to stop them and tell them how wrong it is. If the child were to say, “I’m agreeing to be sacrificed,” you would say, “You are a CHILD, and you don’t have the capacity to agree to anything of this magnitude.”

Parents are supposed to protect their children. Period. Not protecting them is NOT like Jesus. I know your heart is that loving parents will do this for their children, and I’m happy to say that is definitely in line with the Scriptures and the heart of God.

There is only one salvific sacrifice

From a friend who survived abuse:

In the Bible I encountered the concept that God had not meant for us to accept the sacrifice of Jesus only for a moment in time and then continue to try to endlessly please him without hope again. He meant for us to be free because of what Jesus had done. It was finished, and I didn’t have to do anything more to claim it.

Here’s the joy for the people of God. The final salvation sacrifice is finished. Our living sacrifice now is one of joy and hope as we offer our lives freely in the good adventure of service for our good and loving God, who delights in His children and sings over them with joy.

This comes close to home, as the practice of sending missionary children off to boarding schools has been the norm in my country’s mission organisations as well. That was the norm for decades – at least in the largest and oldest missions agency.. They did lots of good, as they spread the gospel in Africa and Asia since the late 1800’s, and were among the first in Japan & China … but the price was sometimes very high for those children.
In the early 2000’s it came to light that there had been systemic abuse, sexual exploitation and torment going on in one boarding school in Taiwan .. The staff member behind this was someone able to pose as very pious and good, so he knew how to fool the parents. All this created a big scandal here, sadly there never was a court case, let alone a conviction. Don’t know why, enough people had come forward to give their testimony.
Sadly, I know about the case more than I can write on a public forum, but it goes all together with the abuses I have heard happening in other missions agencies (the documentary about the topic was heartbreaking..)

The mentality that wants to separate children from their parents is just unhealthy, even if it may work for some (obviously, not every Christian boarding school is run by pedophiles)… People should always be free to make their own prayerful decisions, use their discernment and see what is good for their family. There can be exceptional circumstances, and sometimes children may be in danger because of God’s calling for the family, but it is different from exposing them to wolves in sheeps clothing.

Sin and Holiness — a poster | Here's the Joy