Why is it that one of the foremost evangelical Christian counselors of our day is saying this? Because especially in the complacent, comfortable Western world, trauma is increasing at exponential rates.

In the U.S., this would be in part because our government has been sending young men and women into combat without any letup for the past 15 years. Though I’d be up to a robust debate about the morality of this situation, that’s not the point here. The point here is that in the war environment they are being traumatized.

And also, especially in the last sixty years or so, with the exponential increase of pornography and other demeaning tools, sexual and domestic trauma have increased tremendously.

Those who have been traumatized need someone who will hear them and believe them. They long to be fully known. 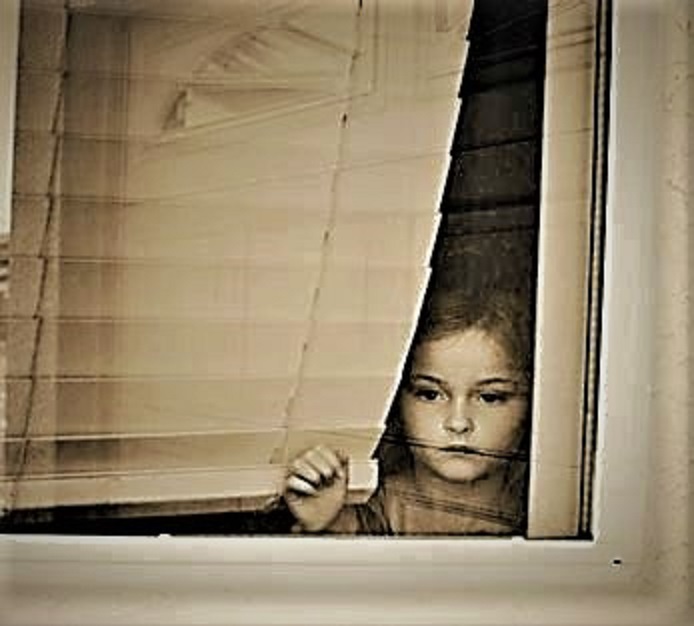 And my heavens, they need someone who will not blame their post-trauma struggles on their sinful hearts.

Thinking that they were meeting with a church elder to address their genuine grief over some issues they were facing, instead they heard the church leader tell them that the husband’s significant depression was caused by the wife. Because this wasn’t the case, the husband’s struggles worsened as he felt unheard, and the wife naturally became fearful.

When the grief increased as betrayal was manifest and former friends turned away and refused to speak with them, the husband’s struggles increased greatly while the wife began to experience depression too. “I became a shadow of my former self while my husband was still experiencing deep lows,” she wrote.

At some point along the way, a trauma-informed friend listened to their story. Because the husband referred to something that had happened to him in childhood that he was beginning to remember in small pieces (but still couldn’t remember fully), the friend mentioned that the trauma of betrayal they had experienced in their church could bring forward memories of childhood trauma.

Suddenly those seemingly unrelated sporadic seasons of pain and depression he had experienced throughout his life began to make more sense. The worsening of it at this point in his life also made more sense.

The friend’s “prayer and validation released him so much so that within a few days several clients commented to him on how peaceful he was. This friend had brought light into the darkness and exposed the lies.”

This couple lost their church, but they gained a measure of clarity and now want to help others too, as they continue to heal.

But primarily, you can listen to people who are struggling. Are you in a hurry to get them to stop talking so you can fix them? Don’t be. Listen to them and love them. As you do, you’ll find they want to hear what you have to say when you do speak about the Savior who loves them, who hates evil, and who bears healing in His wings.

The mission field is all around. The washing of feet is up to you.

Read this post to get an idea of the incredibly stellar people you’ll have the privilege of getting to know when you take the time to become trauma informed.  And the song in that post . . . it’s about them.

Beautiful post. No condemnation or magic fairy dust saying they should be healed already. Sitting, listening, washing feet. That sounds like Jesus. <3

“They long to be fully known.”

Thank you for writing this.

Thanks for the recommendations. Dr. Langberg is thought-provoking to say the least. I’m also reading Dr. van der Kolk’s book and find my self facing my own trauma, that I’ve long ignored, but I think God is working me out of my own dungeons.

I”m thankful to hear that. Let me know if there’s any way I can be of help.

I wish I could delete my comment. After doing some more investigating, It seems Dr. Langberg is not someone I care to follow. I get the impression she thinks there isn’t enough repentance. That’s not counseling at all, that’s doing the exact same thing that other ‘Christian’ counselors do, she just hides the language better.

I’d like to be made aware of problems with people I recommend. Could you link me to something in which she indicates inappropriate repentance? Thank you.

I’m not going back through her videos. And you’d need to be able to accept what ‘metanoia’ actually means to catch it. She uses the word “repentance” (which doesn’t have the same meaning as metanoia) as a weapon, much like the world uses the word “perception”, to the place the responsibility of her own judgement onto others. You see, the problem is that those people just haven’t really repented – just like the problem is that I am putting forth a ‘perception’ that someone doesn’t like (when it’s really a problem of their assumptions and/or judgments, not mine).

I’m sorry I even looked her up, because in her Christianity Jesus only saves the good people who’ve repented, i.e. met the required amount of sorrow, or have met their standard of ‘good enough’ or whatever works they’ve added to the term so it tickles their ear enough. Not people like me who just want to live in peace with the assurance that Jesus has really taken the law and the judgement away, so that the transgression is gone also. That’s what “go and sin no more” really meant in John 8.

But people still want to try to be teachers of the law by switching the word ‘metanoia’ with ‘repentance’.

I’ll try to find it then, when I’m able. The primary common modern meaning of repentance took on the added notion of “penitence” sometime in the Middle Ages, but never had that meaning originally. I address that in a few blog posts, one of which is here: https://heresthejoy.com/2017/11/erring-on-the-side-of-grace-when-it-comes-to-repentance/

I know how you define repentance because I responded to the other post where you actually tried to define the term, which you are aware of. And given that the link you just shard doesn’t even have a definition, it looks to me like you’re trying to push some subtle implication by bringing that article up and not the other. That’s just trying to be deceptive – if you want me to take you seriously, speak plainly, because I find it ironic that someone who just tried to pull a switcheroo that is going to lecture others on deceit.

The fact is that metanoia means what it means, which is a “change of mind”. That’s it. I can metanoia of a sandwich for lunch and have a salad. To load the term with other points of performance is to destroy any assurance in Christ.

The fact is that John 8:1-11 an object lesson that the imperfect law (as represented by the imperfect accusers) was taken away and the Lawgiver (it’s not the first time God wrote on stone with His finger) gave her grace. Many people don’t like this interpretation because God forbid those other sinners get off scot-free.

I do always try to speak plainly, and I wasn’t attempting a switcheroo or trying to be devious. Because I thought you were talking about how “repentance” has come to mean “penitence,” I tried to find the post that seemed to fit with that.

The blog post where socalexile and I had a discussion in the comments, for any reader who is interested, is here: https://heresthejoy.com/2012/12/come-to-your-senses/

I didn’t mention penance. Did you read the whole article I posted on the other link?

That is an utterly false statement when you compare it to the verses in the Bible where God doesn’t remember our sins (Romans 4:5-8, Hebrews 10:10-18). It is a statement that, to me, seeks to manipulate.

I can’t find an article that you linked to for me before this one, but thank you for sending this link. I agree with you in that I also don’t see in the Biblical definition of “repentance” what she has described here.

I was referring to this one: http://www.timothyministry.com/2012/07/the-great-meaning-of-metanoia.html

Thank you for this article. This gives much more of the background and history of what I was seeking to express on my “What is repentance really?” post. The author of the article says, “Metanoia! Think a new way!” This is what I intended to convey by saying “Come to your senses!”

The author also talks about how the modern definition of the word “repentance” is laced with the Roman Catholic concept of penance or penitence, which is not what the original Greek word was about, a concept that I was also intending to convey. So I believe we’re in agreement.

The thing is, that “repentance” isn’t really about an emotional state. It’s about changing one’s thinking from trusting in themselves and their performance, to trusting Christ’s performance; it’s about going from “do” to “done”.

BTW a really good podcast that people who have been spiritually abused may benefit from is this one:
https://www.youtube.com/user/graceroots/featured

Why are my comments not showing up?

This site requires comment moderation, and I’m the only moderator. It was early in the morning here in EDT when you posted that comment, and I hadn’t gotten to my computer yet.

Socalexile, you have opened up a very interesting dialogue that I would like to explore. Interesting.