“Why Are You So Fearful? How Is it That You Have No Faith?”

I have friends who are walking through hellish darkness in trying to recover and stay safe from evil perpetrated on them and their children that, when they entered their marriages, they had no inkling even existed.

I have friends who are trying to stay safe from being stalked by their rapists or other stalkers who for their own purposes want the world to think their target is crazy.

My friends often struggle with fear, because of flashbacks intruding into their present, and because of the very real and present threats of the wicked perpetrators.

And a Bible verse like the one in the title can send them spiraling. It just sounds like more condemnation.

But as always, it’s so, so important to look at the context.

Jesus said these words to His twelve disciples, the ones who had been with Him since the beginning of His ministry. They had seen Him

They had observed His life as a life of laser focus and complete integrity, every waking moment, for months now.

That’s all a really important part of the context.

The other part is what was actually happening when Jesus said this.

The story is in Mark 4, Luke 8, and Matthew 8. The disciples were afraid because of the sudden storm that had arisen on the Sea of Galilee. In fact, they were terrified, and were sure they were going to die. Because Jesus was asleep, the disciples awoke Him. In the version in Mark, apparently they weren’t even asking for help (if they had been, they would have been showing some level of faith), but were simply aghast that He could sleep while they were dying. (In the version in Matthew, in their terror they ask Him to save them, and He refers to their faith as “little faith.”)

Even with all the miracles they’d seen Jesus do, still they were shocked to see Him be able to control nature like, you know, God.

And Jesus said, “Why are you so fearful? How is it that you have no faith?” 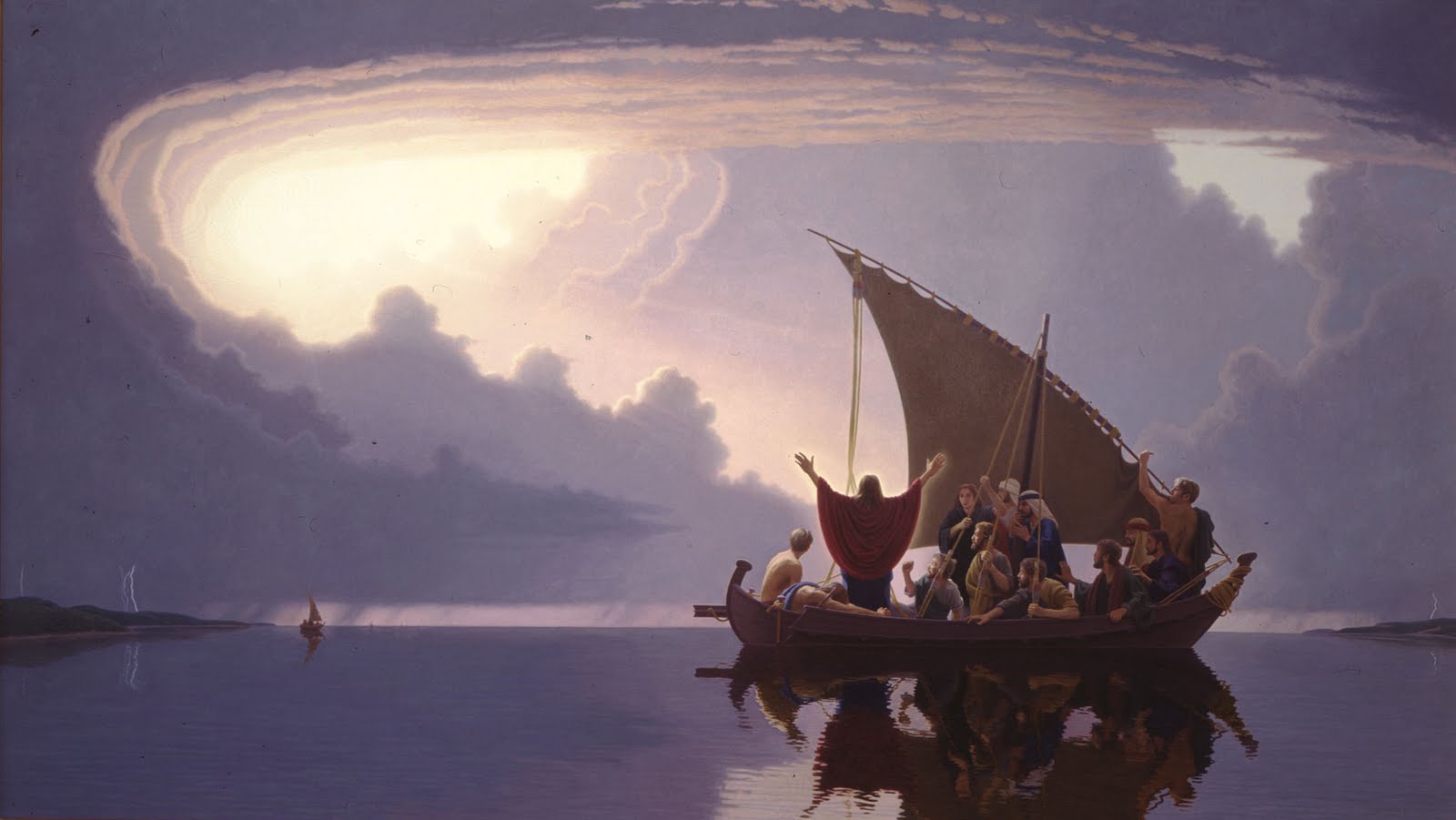 Part of the reason for the strong rebuke was that they had already seen Him work in so many mighty ways.

Part of the reason lies in what Jesus had said at the very beginning of the passage. “Let’s go to the other side of the lake.”

He had already told them they were going to make it to the other side.

But there’s something else I want to observe.

We don’t know with what tone of voice Jesus spoke this rebuke to his disciples.

Did he sound angry and condemning? Or did he sound simply disappointed?

I hear the words more like, “Haven’t you been with Me long enough to know that these things don’t take me by surprise? Haven’t you seen Me work one miracle after another? Didn’t you see that I had control over diseases and death, so of course I would have control over wind and waves? Didn’t you hear that I was planning to go to the other side?”

There is so much uncertainty in this life. One may think she’s marrying a man who loves God and others only to find out she’s marrying a sociopath. Her marriage may be the beginning of a nightmare from which it will take a long time to awake.

But here’s one thing about Bible interpretation that’s really important to remember: you don’t have to get sucked into the mistake of thinking that by default all the pronouns have to refer to you.

The whispers you get from your Lord Jesus may sound different from the way He talked to his disciples.

“Even though you can’t trust the liar who said he’d love and protect you, you can still trust Me.”

“Even though you walk through the valley of the shadow of death, I will be with you.”

“My love is steadfast even when others have believed him and deserted you.”

For those who have seen His great work again and again and are still afraid, will He have a disappointed rebuke? Well, yes, probably.

But even then, His words to His own won’t be angry and condemning. He is a good Father and a good Shepherd who loves His children, His sheep.

We can know that each storm that arises will never take Him by surprise. And those of us who have put our faith in Him can walk the path He has called us to walk, with our hand in His. We can know that He loves His children and is with them in the storm.

Beautifully said. I love how you bring out the context and tone that our Lord Jesus would say to hurting hearts. Thank you

It’s so massively important, especially for those who have seen Him as a condemning taskmaster nearly all their lives.

It’s so easy for people who’ve been abused to read the Bible with a harsh, condemning tone, just as we’re acquainted to hearing from abusers. One of my greatest joys in awakening to the reality of the abuse I’ve experienced is discovering the softness, the compassion, the kindness of Jesus and who He is. It took studying the Word for myself.

Yes, I love that. I encourage people to read the gospels again with fresh eyes, asking the Holy Spirit to help them see who Jesus REALLY is.

Taking your article one step further, there are many who are of “little faith” because they believe that Jesus is like their abuser(s). If God is as trustworthy as their abuser, He is to be feared, not trusted.

I usually remember this from Matthew 14 when I think of the phrase “you of little faith”:

Then Peter got down out of the boat, walked on the water and came toward Jesus. 30 But when he saw the wind, he was afraid and, beginning to sink, cried out, “Lord, save me!”

31 Immediately Jesus reached out his hand and caught him. “You of little faith,” he said, “why did you doubt?”

I was always taught that it was a rebuke and often felt condemned until I read it over and over and saw something different. I noticed that Peter cried out “Lord, save me!” and IMMEDIATELY Jesus caught him. That became the lesson from this story for me. Jesus doesn’t hesitate when I cry out.

As for Jesus’ tone of voice, it entered my mind to add “you silly goose” to Jesus’ words. Since then my heart hears “you of little faith” in a lighthearted tone of loving exasperation without anger or disappointment.

I also thought of Jesus’ words to Peter when I was writing this post. Yes, “loving exasperation,” I can see that. Good one.