I Don’t Deserve God’s Love (or Maybe I Do?) A Thought for Advent

As we celebrate the birth of our Savior, I’m thinking about Him . . . and us.

What does it mean to be deserving/worthy?

This concept refers to things being equitable and appropriate and right. For example, when the Scripture says “A workman is worthy of his wages,” it means a person should be paid according to his work.

If you say, “I am worthy,” it’s important to answer the question, “Worthy of what?” 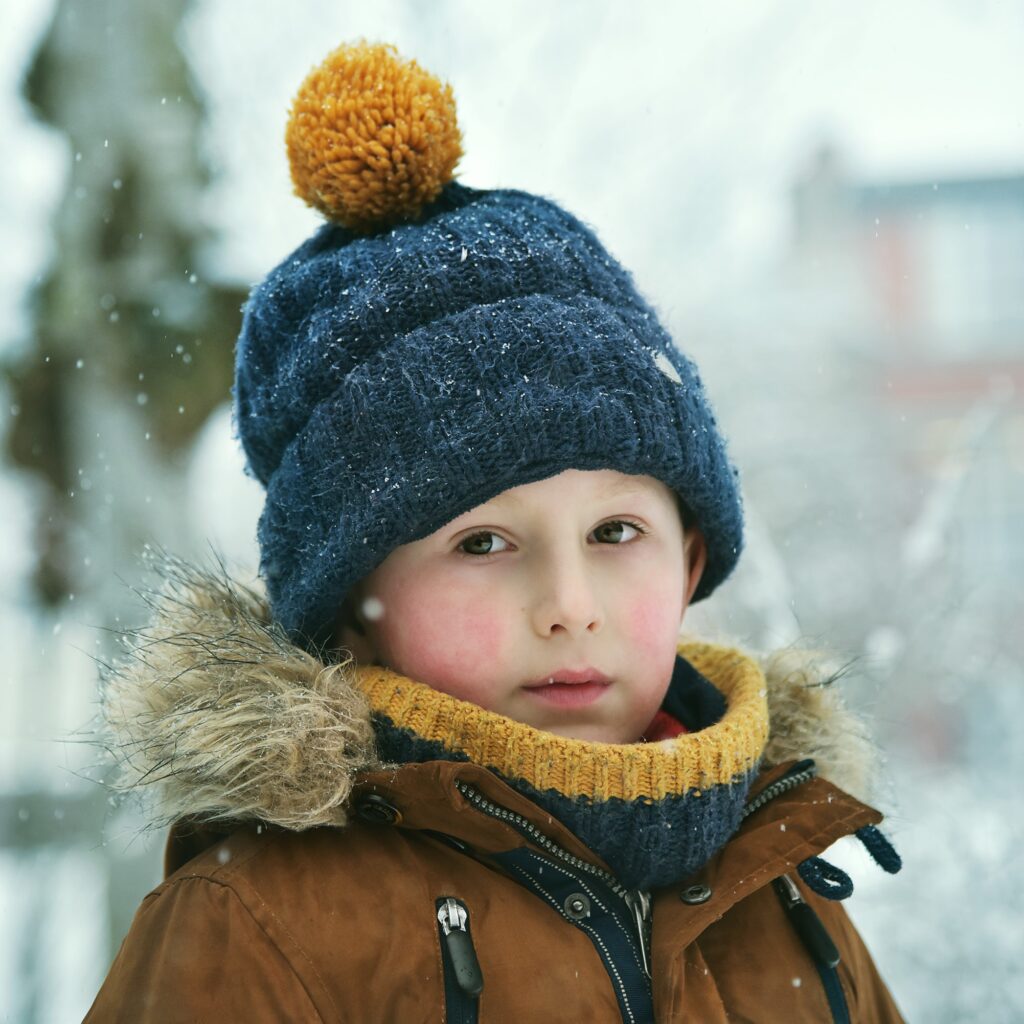 Our Lord Jesus is definitely worthy/deserving of all honor

Revelation 4:11 tells about the 24 elders casting their crowns before the Lord and crying out, “Worthy are you, our Lord and God, to receive glory and honor and power! For you created all things, and by your will they existed and were created.”

Revelation 5:9 tells about the four living creatures and the 24 elders falling down before the Lord, saying, “Worthy are you to take the scroll and to open its seals, for you were slain, and by your blood you ransomed people for God from every tribe and language and people and nation.”

And again in verse 12: “Worthy is the Lamb who was slain, to receive power and wealth and wisdom and might and honor and glory and blessing!”

Our Lord Jesus came to earth for us as a baby, lived to keep all the commandments of God, died for our sins, rose again in victory over death, ascended to heaven, and sat down at the right hand of the Father.  He is worthy of all glory honor and power, because of who He is and because of what He has accomplished.

No one can measure up to the Lord

As told in the gospels (Matthew 3:11 is an example), John the Baptist said, “I am not worthy even to untie the shoes” of the Lord Jesus. He saw the complete disparity between the Lord’s greatness and his own smallness.

In Revelation 5:4, the apostle John lamented that no one was found who was worthy to open the scroll of judgment. No one was qualified except the Lord Jesus, whose praise is sung in succeeding passages.

We are welcomed in spite of unworthiness

This is a huge part of The Gospel. He says to all of us who are so heart-weary, “Come! There is nothing you need to do to prepare yourself! Come!”

In 2 Samuel 9 we see the story of Mephibosheth, who, as a descendant of King Saul, was called to David’s table. He responded, in verse 8, with this: “What is your servant, that you should show regard for a dead dog such as I?” He felt filled with shame because of two things: his heritage as the grandson of the one who wanted to kill David, and his twisted feet that made him feel unpresentable.

But David didn’t mind any of that. He welcomed Mephibosheth anyway. Worthiness or not was not part of the equation for him.

How sad it would have been if all through the years Mephibosheth had just kept bemoaning his unworthiness to sit at the king’s table. David wanted him to put aside his shame about being unworthy and simply enjoy the gift.

The same thing happened in Luke 15 when the prodigal son returned home. He came to his father saying, “I am not worthy to be called your son,” because of the profligate life he had lived.

But again, the father didn’t care about any of that. He didn’t stand there trying to decide if his son was deserving or undeserving. He simply welcomed him home.

And again, what a shame it would have been if the son had continued through the years to cry out about how unworthy he was to be received in his father’s house. His father might likely have said, “Son, can you stop talking about that now? Let’s just be family.”

In the story of the centurion asking for healing for his servant in Matthew 8 (and Luke 7), some Jews came to Jesus saying, “He is worthy of being helped, because he has helped us.”

But the centurion himself said, “Lord, I am not worthy to have you come under my roof, but only say the word, and my servant will be healed.” Then the centurion expressed his understanding of the great authority Jesus had even over illness.

Jesus responded with no words about worthiness or unworthiness, deserving or undeserving. He marveled at the man’s great faith, and He healed the servant.

Some Scriptures indicate that a person can be disqualified from “worthiness”

Several passages of Scripture indicate that those who count other things as more important than the Lord will not be considered worthy of His love. For example, Matthew 10:37-38 indicates that anyone who loves anyone else more than Jesus is not worthy of the exalted Son of God. Matthew 22:8 says that the wedding guests were not worthy to go to the wedding because they put other people and matters first.

If Mephibosheth, or the prodigal son who returned, had turned away after being invited in, then they rightly would have been considered unworthy. In order to be counted worthy for the gift God offers, we need to actually receive the gift, including the change of clothes. But that is all we have to do to be counted worthy.

Some Scriptures tell us to “walk worthy”

In Ephesians 4:1 Paul urged his listeners to “walk worthy” of the calling to which they had been called.

In Colossians 1:10 he said he was praying that they would “walk worthy” of the Lord to please Him and be fruitful in every good work, increasing in the knowledge of God.

In 1 Thessalonians 2:21 we see it again, a prayer that they would “walk worthy” of God, who had called them to His kingdom and glory.

What does this mean, to “walk worthy”?

I’m afraid in far, far too many churches and among far too many Christians it means keeping a list and having intellectual knowledge.

Rather, as we see from the centurion and many others, it means putting the Lord Jesus Christ first in our hearts, before any others—ANY others—and honoring and loving Him and getting to know Him in an experiential way, through the power of the Holy Spirit.

The prodigal son, after returning, would have “walked worthy” of his father not by continually asking his father for the next thing on the list, but by walking with the father, getting to know the father’s heart, rejoicing in the father, and having a heart to do his will as it was revealed to him.

In 2 Thessalonians 1:4-5, Paul wrote to those same believers again, commending them for having been faithful through persecution, and declaring that this meant they were counted worthy for the kingdom of God they were suffering for.

This doesn’t mean that they had to go through the suffering in order to be made worthy! (I know some churches teach this to those who are suffering.) Rather, their willingness to endure suffering for His Name rather than defecting from the faith showed that they loved the Lord more than anything else. Later in verse 11, Paul says that he was praying that God would fulfil all His goodness in them, and the work of faith with power, which would be part of their being “counted worthy.” None of this is about hoop-jumping to please God. It is about a work of the Spirit in the heart.

(As an aside, I also want to observe that this was a group of believers being persecuted together by those who scorned Jesus Christ. It was not, as we often see today, one isolated believer being scorned, condemned, and cast out by those who claim to be Jesus-followers. For the church of Thessalonica, there was nothing they could do to escape the persecution. For Jesus-followers who are being persecuted within a church, it is appropriate to shake the dust from your feet and walk away, as hard as that is.)

Revelation 3:4 says that those who have not defiled their garments will walk with the Lord in white, because they are worthy. Defiling the garments isn’t talking about following strict rules of law like the Pharisees did (and many modern-day church people do). The entire New Testament emphasizes that it’s about following the Lord in faith, knowing Him in your spirit.

In Acts 5:41, the apostles, who had just been publicly beaten by the Jewish leaders for their faith in Jesus Christ, rejoiced that they were “counted worthy” to suffer shame for His Name.

This was perhaps my favorite passage of all the ones I read as I studied this topic.

The disciples counted it an honor to be dishonored.

They found glory in shame.

I know many wonderful abuse survivors who have been dishonored and shamed before a company of those who claim to be the people of God. The resultant confusion has been great. I pray that one day these precious Jesus-followers will rise up strong as they say, “I am honored to be dishonored for the Name of Jesus Christ.”

No, in and of ourselves we don’t deserve God’s love. There is nothing we can do in the flesh, either before or after salvation, to gain the smile of God.

But in Jesus Christ, ah, that’s completely different. In Him we are welcomed, and as we walk in Him in faith, we are counted worthy . . . deserving. And one day He will say, “Well done, good and faithful servant.”

Until then, we worship, wait, and serve, in faith and hope.

O Come, Thou Rod of Jesse, free
Thine own from Satan’s tyranny.
From depths of Hell Thy people save,
And give them victory o’er the grave.
Rejoice! Rejoice! Emmanuel
Shall come to thee, O Israel.

Jesus makes all the difference! How incredible that He is truly Emmanuel— there are no words sufficient for the magnitude of this mercy!

Excellent! I so needed this today. Thank you, Rebecca. I love your heart.
Thank You God, for this voice in the wilderness. Glory to God! Hallelujah!

Thank you, Dana. God bless you, and merry Christmas!

“The disciples counted it an honor to be dishonored.

They found glory in shame.”

Thank you for highlighting this. It clicked in a new way that is helpful.

“Matthew 10:37-38 indicates that anyone who loves anyone else more than Jesus is not worthy of the exalted Son of God.”

That condition offers insight into a great deal. I suspect it is a deal-breaker for many human beings. Perhaps an understanding of Jesus that some others might not share. For some the cost of God’s here promised love, would just be too great
Mathew appears to present this as something Jesus actually said, and verbatim. I would be drawn to question whether that was so. The whole matter of authorship and translation raising its head.
That being said, this condition illuminates two pathways that we humans can and do take.

So much food for thought in these passages.

Thank you for this truth. It reminds me of where my focus should be.

This is the truth that God has shown to me through a statement in an overcoming rejection message. The statement was , agree with God that you are deserving of His love. This truth has given me the confidence and boldness to live by how he sees me. Holy, blameless and above reproach. Identity theft is what the enemy uses among believers and unbelievers. This was 5 years ago and i believe the church has fostered shame and guilt on believers for repeating this lie that we are undeserving of His love. Psalm 103:10 (NIV) ” He never treats “US” as our sins deserve

Yes, here is a blog post that relates to that: https://heresthejoy.com/2018/02/should-you-love-yourself-a-response-to-desiring-god/