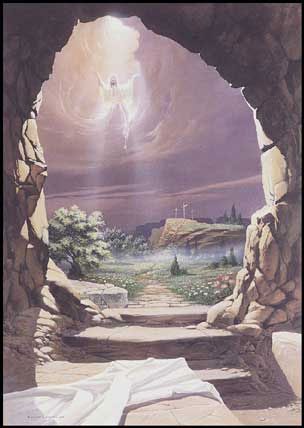 So what did Jesus do to secure our salvation?

If you answer, “He died on the cross,” I would say that I think you’re maybe about one-fifth right.

Jesus died a sacrificial death. He took the penalty for my sins, changing my destination when I look to Him in faith. This is the part that even the smallest child in a Christian family can repeat.  But in order for me to live a life of complete salvation, I would say that four other accomplishments are equally crucial.

Jesus lived a sinless life. That means He kept ALL the Law completely for me. When I am in Him, I no longer need to look to law-keeping (or even principle-following) to live a Christian life that is pleasing to God. Instead, in faith I look to Christ.

He rose from the dead. Not only to gain victory over death for Himself at that time, which is what we all know. But just as crucial, to gain victory over the night of the living dead for me, here and now. To insure my own resurrection in Him today, so that when I look to Him in faith, I will walk in newness of life by the power of His Spirit in me, right here on this earth.

He ascended back to heaven. Though some branches of Christianity celebrate Ascension Sunday, in the evangelical churches His victorious ascension seems to get far less press than it deserves. Jesus wasn’t just going back where He came from in order to get home. He was ascending the flight of stairs, as it were, like a Crown Prince, in order to receive His crown and His rightful place as King. And when He ascended on high, as Ephesians 4:8 tells us, He led captivity captive—the sin and death that He conquered in more than just theory—and gave gifts unto those that look to Him in faith, the greatest of which was the Holy Spirit, Christ in us.

He sat down at the right hand of God the Father. This was more than just because He was all done with His job. It was because He was reigning. How well I remember studying Hebrews and thinking, “Why in the world does the author keep talking about Jesus sitting down? This must be important.” It was probably years before I finally understood that the sitting down Jesus did is the same as the sitting down I have by faith done in Ephesians 2:6, in the heavenly places. Is that only theoretical Christianity? Does it have no practical application in my life now?

Understanding these truths—I would even say believing these truths—makes a powerful difference, moment by moment, in my life on this earth. Not only is my destination changed. But my desires, my delights, my duties, my direction, my determinations, my day to day.

“You, however, are not in the flesh but in the Spirit, if in fact the Spirit of God dwells in you” (Romans 8:9). A powerful truth to help those spirit-oriented New Year’s Resolutions be accomplished through something beyond teeth-gritting dogged will power. 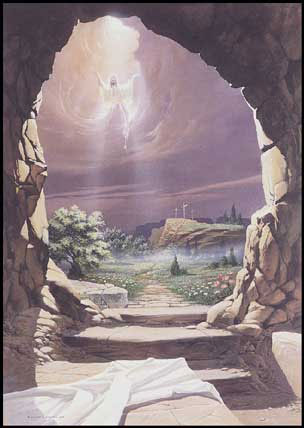 But rather, through the Spirit-empowered life of Resurrection in Christ. This, in fact, is the gospel.

Thank you SO SO SO MUCH for posting this truth, and for calling our attention to the power of Christ’s living Spirit, which lives and reigns in us! Just listened this morning to a wonderful teaching by Art Nuernberg (since church was cancelled) on the Ephesians 3 prayer, and he too focused on that: the POWER of the indwelling Christ, which equips our faith and love. Thank you!

Praise Him! Though the Lord still has much work to do in me, I can see the difference the indwelling Christ has made in my life, as I look to Him in faith. I know the same is true for you, Heidi!

[…] the gospel of the grace of Jesus Christ, which is a gospel of more than simply forgiveness but power to live a transformed life. The series of posts over at Spiritual Sounding Board presents the entire situation in a light […]

[…] to live out “the gospel” by focusing on your own personal “indwelling sin” (rather than your identity in Christ and the power of the Holy Spirit, Christ in you), then the ones with hardened consciences will find a perfect petri dish environment for abusing […]

[…] is so much life to be lived, in the power of God the Spirit, for the joy of knowing our Lord and Savior and being known by Him, experiencing His love and […]