Hang on. This is not to say that’s never a good thing to pray. I’ve prayed it, and I don’t regret praying it. It’s not unbiblical.

But it’s also not Biblical. That is, it’s not in the Bible anywhere—no one ever prayed for God to use anyone, and the readers of the Bible were never told to pray to be used.

So we can say, then, that it can possibly be a good thing for some people to pray.

But maybe not for others.

I believe the difference is in your view of God.

This came clearer to me the other day when I was listening to someone speak about this expression. She had heard how a friend was being told “God will use you” in this way and that way, and to her friend it sounded like manipulative activity, the kind of thing . . . well, the kind of thing an abuser would do.

In the mind of the speaker’s friend, God had been cruel, exacting, harsh, and demanding with a face that, behind the face of the abuser, looked just like a reflection of the abuser. “God will use you” just seemed to match with the abuser’s activity.

After all, he was always using her too. 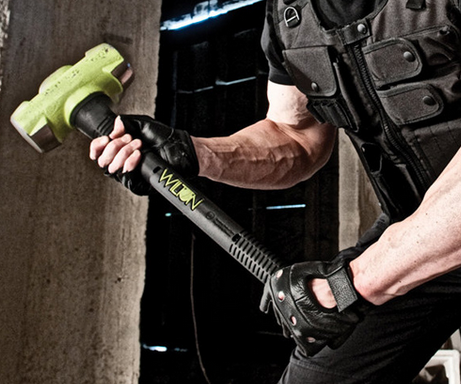 So it seemed like it was time to put that expression to rest.

Then I was able to discuss a new alternative. Praying for God to empower you.

For a Christian who’s having trouble seeing and knowing what Father God is really like,

* Praying for God “to use you” can sound passive, like you’re a tool,

But praying for God “to empower you” can help remind you that you’re an active participant in the work He’s accomplishing.

* Praying for God “to use you” can feel like you’re asking to be a pawn in some action you have no say over,

But praying for God “to empower you” can help you better connect with the awareness of the Holy Spirit of Jesus Christ in you, to help you know you’re moving forward in the right way.

* Praying for God “to use you” can feel like you’re going to accomplish something that you have no interest in,

But praying for God “to empower you” can help strengthen your awareness that God is working through you, to accomplish the deepest longings and desires He has given you for the furthering of His kingdom of love.

And even better, we can pray for a greater awareness of the power of the Holy Spirit, whom, if we have trusted in Jesus Christ, He has already given us.

Praying that God would “use” anyone isn’t in the Bible, but praying that God would empower people and help them be aware of the power already available to them, that’s Biblical. This is what Paul prayed for the Ephesian Christians in Ephesians chapter 1, and it’s a prayer I pray for myself and others:

that the God of our Lord Jesus Christ, the Father of glory,

may give you the Spirit of wisdom and of revelation in the knowledge of him,

having the eyes of your hearts enlightened,

that you may know what is the hope to which he has called you,

what are the riches of his glorious inheritance in the saints,

and what is the immeasurable greatness of his power toward us who believe,

when he raised him from the dead and seated him at his right hand in the heavenly places. . . .

When He empowers us to know the hope to which He has called us and the riches of His glorious inheritance . . . then we’ll be well on our way to seeing Him as a loving Father who, through His Son, delights in us and calls us to Himself.

And we’ll never again feel like we’re “being used.”

The one Scripture that comes to mind is the parable of vessels in 2 Timothy 2:
“Therefore, if anyone cleanses himself from what is dishonorable, he will be a vessel for honorable use, set apart as holy, useful to the master of the house, ready for every good work.”
That doesn’t sound too abusive, as the Bible often refers to.. ‘good works’ and ‘good fruit’ (which of course has been connected with striving and self-effort, while the real fruit comes from abiding in Him).
I do long for that kind of ‘usefulness’ of an honorable vessel, but it’s only one aspect of Christian life: the most important is the personal relationship with the Creator as His child, and from that all other aspects follow.

Yes, this “honorable use for good works” is great, and I’ve prayed for it before! I used to say, “God is going to build His church, but I want to be one of the hammers He uses to do it.” I think that was a legitimate way to think. But I don’t think it’s a necessary way to pray, especially for those who have been “used” by others in ways that are not honorable or good.

This is so good. We need to stop and consider some of the cliches we’ve adapted over time. Thank you for revealing this for your reader’s consideration.

Good thoughts–“honorable use for good works.” (I used to say to people, “God is going to build His church, and I want to be one of the hammers He uses to do that.” I don’t think that was wrong to say, but I don’t think I would put it that way now!) The vessels this verse is alluding to are the temple vessels, used only for holy things. Thanks for that reminder!

And I love what you said about real fruit coming from “abiding” rather than “striving.” That’s something I want to write about sometime too.

Yes. More and more I do believe our lives should resemble a garden filled with blossoms and fruit, instead of an assembly line of a factory, or worse still, a forced labor camp…