In the beginning, I had a little blog called Here’s the Joy on which I just wanted to blog about the Christian life and the wonderful truths of the power of the Holy Spirit, Christ in us, the Hope of glory. I was happy with my eight readers, and life was (relatively) uncomplicated.

Then I began to interact more and more with abuse survivors and those who blog about abuse. That does have a way of upending your world, doesn’t it? I may still have only eight readers, but my blog has taken a turn.

So yesterday I was supposed to be working on the publishing policy for Justice Keepers Publishing and other fun things, but I got waylaid for a bit by someone’s blog post with links and more links. Eventually it led me to a blog where I had a spirited discussion with the blog admin, who had said we should keep silent regarding scandals such as that about Tullian Tchividjian and Tom Chantry, because otherwise we are breaking the ninth commandment, “thou shalt not bear false witness.” 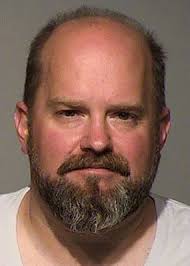 I’ve seen it often, especially as one of the administrators of our own little watchdog blog, www.bjugrace.com, regarding the small fundamentalist school Bob Jones University. The accusations of defamation, gossip, and bearing false witness—as well as the efforts to silence by telling us we don’t have all the facts; we shouldn’t judge; we’re conducting witch hunts; we’re becoming judge, jury, and executioner; Proverbs 18:13; Matthew 18; Ephesians 5:12, and others—are all used to try to silence those who have been harmed by people of authority and influence, and to try to silence those who would speak on behalf of those who have been harmed. (Interestingly, it seems that these accusations don’t really surface when politicians of the opposing party, for example, are accused, only when the accused are Christian leaders—and especially, it seems, when the accused are friends of the one doing the scolding).

In  Untwisting Scriptures , I talked about “taking up offenses” for others and why it’s a good and Scriptural thing to do. But hand in hand with that goes a right and true understanding of what gossip is and what it isn’t . . . and what about all those other “silencing” Scriptures? This is why I want to address the topic of gossip, with all its variants, in another Untwisting Scriptures book. The Scriptures have some very specific things to say about gossip, about lies, about silence, and about our speech. How are these particular Scriptures sometimes used to spiritually abuse people, and what’s the right way to approach them? I’m looking forward to tackling it!

And, for what it’s worth, this was part of my response to the admin of this blog:

When you silence the advocates, you often silence the victims along with them-–for example, some of Tullian Tchividjian’s (alleged) victims of clergy sexual abuse have been talking to Julie Anne at Spiritual Sounding Board for months, knowing that when they were ready to speak, her blog was a safe place to do so. If those of us who “don’t have all the facts” (I have to say, I am so tired of that accusation, because not a single human being on this planet has all the facts about anything)-–if we refuse to say anything, we are in effect turning our backs on those who need support and help. Not all of us are called to advocate, but some are, and those of us who are, if we do it with grace and truth, don’t need to fear the ninth commandment. Instead we can speak in the spirit of Proverbs 31:9. “Open your mouth, judge righteously, and defend the rights of the afflicted and needy.”

I regret that I wasn’t as charitable as perhaps I should have been in that comment, but my point is that we must not be silent when it comes to protecting those who have been or are being harmed, and that includes the public discourse that takes place in the blogging world. As Boz Tchividjian said,

I grieve that many Christian leaders all around the country who don’t hesitate to express open condemnation for abortion, universal healthcare, and the firing of reality television stars who make derogatory statements about gays and African Americans are suddenly silent when it comes to open condemnation for other Christians who choose not to report child sexual abuse to the authorities.

Gossip? That will get mixed in there occasionally, I suppose, but I think  we can see many of the watchdog bloggers as examples of Proverbs 31:9 in action, as well as a number of other Scriptures, including Psalm 82:3-4.

Speaking for them and giving them a platform to speak for themselves is one way  to fulfill this command.

Thanks for your work. This is the first time I have seen your blog and I like it.

Thank you, Todd. I’ve been aware of your blog for a while and appreciated it. Recently a friend who is still at Covenant Life referred me to your blog again to help me understand what’s happening there currently. I appreciate your diligent research.