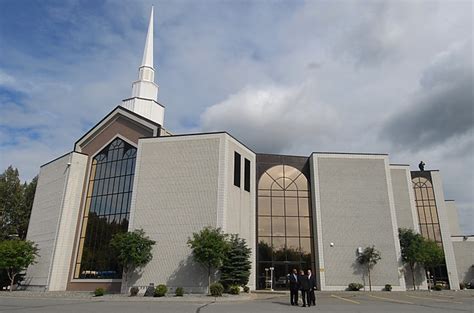 I’ve been getting to know a former pastor’s wife, who has something to say about success.

As a ministry wife in a large church, I found myself becoming busier and busier.  I was raising three children pretty much single-handedly because their father was “busy with the ministry.” I also taught piano and voice lessons in an effort to help the family economy.

On top of my duties as a wife and mother, there were certain unwritten rules in our church pertaining to staff wives.  Staff wives received no salary, but we were expected to attend Sunday School, Sunday morning, Sunday evening, and Wednesday evening services, weekly visitation, and all ladies’ ministry activities.

I hurried all the time.  I used to joke that I even slept fast.  However, I began to notice that these rules were not evenly applied.  I would drag myself to yet another ladies’ meeting only to realize that I was the only staff wife there.  Or the senior pastors’ wife would be out of church for an entire month.  After some years of struggling with the exhaustion and obvious unfairness, I went to the church administrator.

Yes, there was a church administrator.  That way, the pastor never had to be the “bad” guy.

As I sat before his desk and related my concerns, he was quiet.  I finished by saying that as a mother of young children, I felt it was appropriate to adjust some of the expectations that had been put on me.

His response still rings in my ears.  He showed no empathy or concern for me.  He was all about “supporting authority.”  His answer to the rules as they concerned the senior pastor, who was the boss and complete authority, was, “You can’t argue with success.”

What did he mean by that?

Don’t rock the boat.  Be quiet and do what you’re told.

He didn’t make these last statements.  They were implied and understood.  I left knowing there would be no mercy and no tolerance for slackers.

But it made me think.  Who gets to define success?  As I’ve grown older and I hope wiser, I’m beginning to understand that my Savior doesn’t necessarily see big church attendance and beautiful buildings as His measure of success.  In fact, I remember Him calling wealthy, influential Pharisees whited sepulchers.

Yes, you can argue with success.

Maybe you’ve heard it in church—that real success is to be measured by our relationship with God and our love for others. But all too often in reality church leaders measure their success by the size of their congregations and their buildings and even their income. I pray for complete healing for all those who have suffered under such “ministries,” including this former ministry wife, those who have suffered in even darker and more confusing ways. There is healing available through the Lord Jesus Christ from such “successful” men and ministries.

Amen. The variance between what’s taught and what’s applied within the Church is often great. And I would suggest in small as well as large churches.
Thank you “former ministry wife” and Rebecca.

This is a pretty important post you are sharing with your readers.

I’m a man that can visualized first hand the unrealistic expectations on the ministers wife. It seems we live in a society where there is unrealistic expectations being put on many. As a whole is unsympathetic with the capacities of others, and in the work place. The way to discover someone’s capacity is they get hurt which is what happen to me. I’ve seen capacities push so high that workers are suffering a mental breakdown.

None of us are wired the same, and our capacities aren’t always going to line up, perfectly the same with someone else’s capacity either.

In my discussions with both left leaning and right leaning believers and non-beleivers they seem trivialize the toll the body is taking on those that work outside the home and then going home and take care of the domestic stuff and her 3 kids, which is comparable to working 2 jobs

In this economy, it is necessary for the husband and wife to both work more than ever. Most of us aren’t thinking social justice while we are hustling to

I find it disturbing when those on the left trivializes that a woman should be able “to do it all” and husbands need to do their part which many do as they should. Some seem to think if the wife or husband picked a career that gives flexibility (more time off) so they don’t work themselves into the ground so they can spend more time with each other, their kids and still able to rest. it mostly caused by “cultural pressure” rather them simply deciding for themselves of freely choosing a career that gives them more time off.

Then there are those that have unrealistic expectations put on a woman (and men) where “she (or he) has to do it all” like the young minister’s wife as she was going at an exhaustive pace without getting the help. Then there are chauvinist that degrades a woman’s value, and that her place is the home, but that is fading.

Ideally, many couples with kids (like 60% of them) would prefer a single wage earner’s salary that was large enough so the either the husband or wife could be full time tending to domestic stuff as well as taking care of the kids. But in this economy that is a fantasy for most.

Watching my own mom work full time 50 weeks a year for 35 years and my stepdad working crazy late hours coming home at 10 pm meant he wasn’t always there to pick up any slack as his day off were Sunday and Monday when the house was typically the cleanest. My parents lived a life of ongoing exhaustion and it took a toll on their health, but also their relationship and the exhaustion lead to a marriage filled with unhappiness.

Her sister’s on the other hand were teachers and even though they worked hard as did my mom, they had time to physically and mentally heal, as they had at least 50 more days off a year than my mom and they were typical home an hour earlier than my mom.

I was the eldest of 5 kids and by the age of 10 I began doing the daily laundry, washing the dishes twice a day and of course the home needed to be tidy, by the time my mom came home from work. I changed a lot of diapers and I hardly went anywhere compared to my friends as Saturday’s was the day my mom was able to sleep in and we waited for her to wake up so we could begin a thorough cleaning (about 3 hours) and then go shopping for groceries, which typically took 2 hours as she was able to figure out everything needed for a family of 7 to make one trip a week to the store. Sunday’s mom and dad slept in while sending me and my siblings to church so they could have alone time.

My point is, society seems to take for granted or ignore there are people (men and women) that are over-extending themselves and in the case of the minister’s wife, she was on an exhaustive pace as the expectations were unrealistic, with no one picking up the slack as she wasn’t getting enough help that should’ve been made available.

The truth is, domestic duties and raising kids is a full time job by itself and when both spouses take on full time jobs it is exhaustive. Just getting up and preparing to go to work, the commute, then work, then the commute back equates to 12+ hours for many. Many of us are workaholics, even now at the age of 58 and our kids grown, we are still at an exhaustive pace. And we aren’t alone.

Sadly, this is true for many, yes.

I notice the photo of the church at the top of this page I would say is the same look exact look as a church located in Anchorage, Alaska, even where the trees are located.

Just an observation I find interesting enough to share.

I looked for a photo of a church that would look big and impressive but different from the one where this former ministry wife came from. So I guess we can safely say she didn’t come from Anchorage, Alaska!

I thought about it and there are probably a quite a few churches in America with the same design.