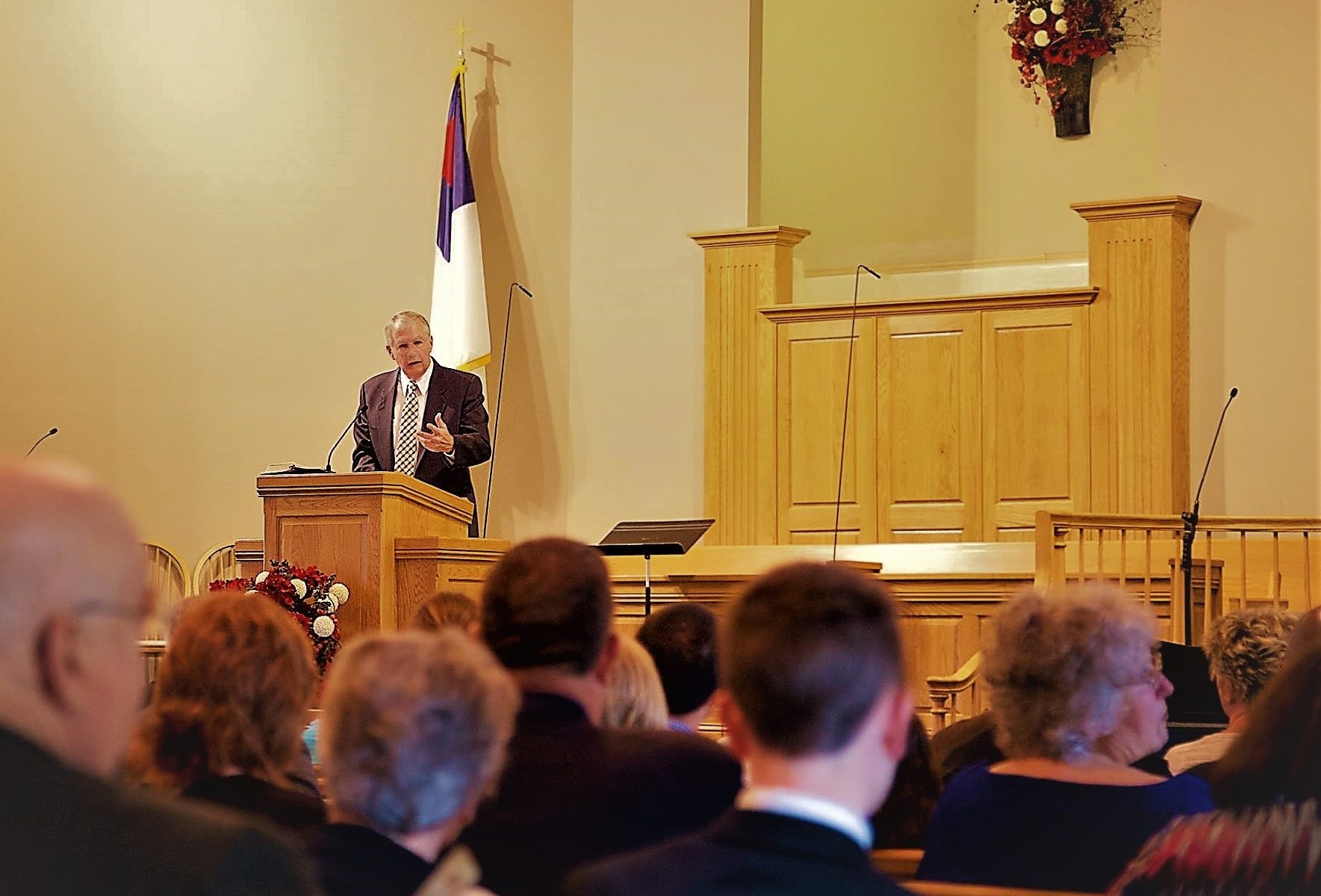 Years ago when we were visiting a large and well-endowed fundamentalist church here in Greenville, South Carolina, the Sunday school teacher went on a bit of a tirade about how wrong it was to come to church to “get.”

I took careful notes. Not because I agreed, but because I disagreed so profoundly I wanted to remember it and write about it someday. (So here we are about 15 years later and I’m finally getting to it—yes, it’s been on my list for that long.) 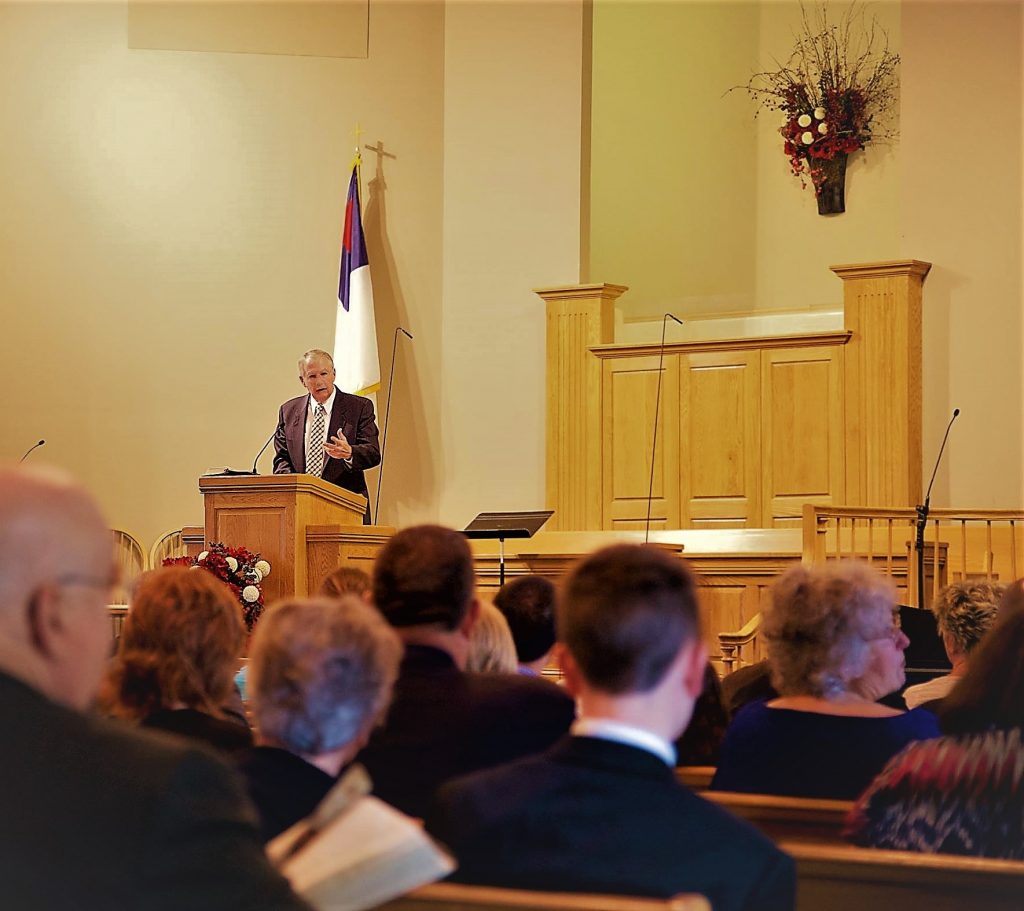 My road out of fundamentalism was long and slow (probably too long and too slow), but this was something I understood. After all, if there was one thing I did, I read the Bible. Many Scriptures were popping into my head as he ranted.

I imagine he would have agreed with Romans 6:23 and others like it:

For the wages of sin is death, but the free gift of God is eternal life in Jesus Christ our Lord.

But that might have been where his agreement with me ended.

Every good gift and every perfect gift is from above, and comes down from the Father of lights. . . .

If you then, who are evil, know how to give good gifts to your children, how much more will your Father who is in heaven give good things to those who ask him!

It was appalling to think that a person was supposed to receive nothing coming to church. I went on a bit of a tirade of my own in the car on the way home.

“So why are we supposed to sit like good boys and girls listening to the sermon? We’re really not supposed to get anything out of it?”

and as always, a comment on the maddening lack of logic.

“If I’m supposed to give, doesn’t that mean somebody else will get? Isn’t that the way it works?”

As far as I know, except for the times when we’re all giving glory to God together, when one person is giving, another person is getting.

When this is played out across the board, for everyone, it actually works quite beautifully. We all get. We all give.

In our little Mennonite church that I’ve written about a few times, I saw this truth played out most profoundly, in a small and quiet way. As a young family, we had our financial difficulties. One day when we came into church, we found an envelope on “our” pew with $400 in it—anonymously. That was a lot of money, and I didn’t want to take it. But one of the women of the church obviously saw my struggle. “Listen,” she said to me, “you take that money. Someday you’ll be able to help someone else.”

I’ve always been a big believer in giving (of my time, mostly, since we never had much money), but have had a harder time receiving (“getting”). I needed to learn how to “get.” In fact, this woman actually even told me I needed to learn that.  And if I hadn’t received, I would have missed a blessing that later went on to out-work in “giving.”

So what will a church look like in which the people are taught that they are only supposed to give and never get?

Frankly, the bottom line is that it will look like a cult. Because, as I’ve pointed out in many blog posts, interviews, and in a book about the “giving up your rights” teaching, when one person is giving up anything, including rights, another person is taking them.

The leaders of the church will insist that the people give, and if the people are obedient, they’ll continue to give, give, give, of their money, their time, and their talents. They’ll work to “serve the church” and “grow the church” as I’ve written about here and here, and in the meantime, because they’re not allowed to ask for anything for themselves, even of a spiritual nature, they’ll find that they’re giving out of dry wells.

God’s love for us, and our (Christians’) love for God, and our love for each other—these are described almost 200 times in the New Testament alone. This love will be shown by giving.

It will also sometimes be shown by receiving.

But this is with the understanding that overall, like in our little Mennonite church of the 1990s, in the big picture we’re all giving and getting all the time. And don’t let anybody tell you you’re being selfish for thinking this way. This is part of God’s beautiful plan.

Giving strokes a person’s pride. At least it can. When there is all giving, and no taking, the receiver of charity becomes “one of those less fortunate. ”
“Ministering” makes a person feel good. Because I know and care about a good many people with disabilities, I especially value the rare church that is humble enough to receive their service.
That was what I thought of when I read your blog,

Thank you for drawing attention to the ridiculous notion of giving only. Many years ago, I was living with an abusive husband who had just had major surgery and was placed on disability. The financial hit was felt, I was working full-time, and taking care of four children who were then coming home to a hurting and emotionally unavailable (and potentially dangerous) father.

I went to church hoping for encouragement. The pastor taught on evangelism and asked that those committed to sharing their faith during the course of the coming week go forward. Feeling emotionally, physically and spiritually empty as I stood in the pew weeping, I was one of perhaps 30 in a room of about 300 who did not go forward. I sought comfort and left feeling ashamed instead.

We are called to weep with those who weep, to provide comfort and care to those who are hurting and conversely, to gratefully receive the gift of others’ care when we are hurting. If we are all called to give, to whom shall we give if no one is permitted to confess their need?

Oh my goodness yes! Exactly! I’m so sorry for what you had to endure.

Speaking of leaving fundamentalism, there’s a good Podcast on YouTube called The Grace Cafe where a couple have been talking about their journey out of institutional Christianity and the spiritual abuse therein. I’d post a link but not sure if you’d be cool with that.

Thanks for letting us know about it!

Because I have the talent of piano playing, I was expected to accompany singing for everything in the church. I became so burnt out as some told me how talented I am…. when their focus should be on worshipping God. I am an easily manipulated person, so I seemed required to give what I feel I no longer have the strength to give.

I felt my stomach clench just reading the title…

Thank you for continuing to expose the false teaching that does so much damage.

The Most Important Time to Stop Going to Your Church: A Response to the Gospel Coalition | Here's the Joy

[…] not really all that significant to God.” It reminds me of the pastoral rant I heard years ago: “You don’t come to church to GET! You come to GIVE!” That’s the kind of thing that will create shriveled dried-up Christians who cannot possibly truly […]