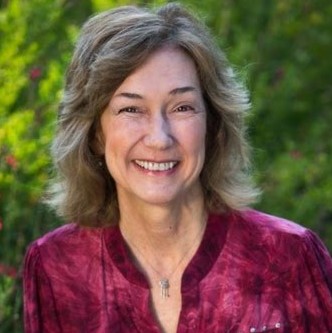 Deborah Brunt is a friend who served in the Southern Baptist Convention for many years, as an author, teacher, and women’s leader. Long before others were doing so, she bravely stood against the abuses of power and belittling of women that she saw and experienced in her various capacities there.

A couple of years ago Deborah wrote her account of being ousted from her life-long denomination for refusing to simply go along with the program, continuing to question and challenge. She described how she was shamed, blamed, ignored, shunned, and thrust to the side. In today’s terminology, we would say she was “cancelled,” or at least that’s what they tried to do.

But this past week she wrote about it again, this time naming the names of the people who worked against her behind the scenes or ignored her pleas for help. This exposé is worth reading, to get a better glimpse of the behemoth we know as the SBC and how it functions to keep the program moving along at any cost.

Yesterday she posted again, this time about her experience as a volunteer in the hyped celebrity culture of Beth Moore’s Living Proof Live.

In spite of how she was treated by the people of God and those who claim to be the people of God, Deborah still loves Jesus and follows Him and writes about her journey with Him at Key Truths. I’ve previously posted an article she wrote here.

Deborah has given me permission to repost another of her articles, one that feels like water in the desert to thirsty souls looking for Jesus in a wilderness of power brokers. Her article, originally posted as “A Sign and a Wonder,” is below.

Late one wintry Thursday, I finished the rough draft of a book manuscript that would become The Esther Blessing: Grace to Reign in Life. Of course, a rough draft does not a finished book make. But a completed draft is a huge step in the process and a cause for celebration. So that night, I celebrated.

The next morning, I realized something stunning: God was celebrating with me.

The Esther Blessing explores a concept I’ve found in Scripture but have never heard taught: the amazing cycle of grace. Here’s a taste of what I was learning and writing.

From The Esther Blessing: Grace to Reign in Life, p 63:

All streams flow into the sea, yet the sea is never full. To the place the streams come from, there they return again (Eccl. 1:7).

Water droplets gather as clouds. When the droplets become heavy enough, they fall to earth as rain, snow, sleet or hail. On earth, the water flows into rivulets, streams, rivers and oceans. Also, it evaporates, rising as water vapor to start the cycle again.

In the physical realm, water continually flows. It flows down, out, up, and then repeats. The cycle isn’t pointless. Quite the opposite, it’s essential for all living things.

In the spiritual realm, grace continually flows from the Father in Christ Jesus by the Holy Spirit, empowering everything of eternal value that anyone ever becomes and does.

Grace flows. In a cycle essential for all spiritual life, grace flows down, out, up, and then repeats. God initiates that flow. But how fully it impacts families, communities, and nations hinges on how fully God’s people cooperate with him, how fully we get in on the flow.

The God of all grace

Here’s what happened that wintry Thursday and Friday, as I’ve described it in The Esther Blessing, pp 141-142, a testimony to the God of all grace:

The rain comes down from heaven. The day I completed the draft of this manuscript, I watched the rain fall, gently, persistently. Evening, morning and afternoon, it pattered against the windows and soaked into the ground.

The water flows into rivulets, streams, lakes and oceans. The day the rain just kept coming, the previously dry creek bed down the hill behind our house filled nearly to overflowing. As I concluded the first draft of a work inviting God’s people to cooperate fully in conducting his grace, I watched the newly surging creek waters flow past.

The water evaporates, rising upward to form clouds and come back down again. The morning after the all-day rain, I stepped out onto our back porch to refill our bird feeder. I gasped to see an ethereal mist rising from the ground. The sun peered through the treetops, calling the soggy land to release the water droplets skyward. The earth responded with a resounding yes!

What a beautiful sign and wonder God had sent! Stunned, I stood silently, watching the earth itself praise the Creator. Then, I began to sing:

Before I started singing, a fine, translucent vapor rose about knee-high from the winter-white grass all across our back yard. As I praised the Lord, the mist visibly increased and intensified. By the end of my song, it had literally formed a cloud – a glory-cloud shimmering in the sunlight – that filled our lawn and extended far above my head. Undone, I stood in awe.

Getting in on the flow

Continually, the Lord God accomplishes the wonder of the water cycle:

Who calls for the waters of the sea and pours them out over the face of the land – the Lord is his name. (Amos 5:8)

He provides rain for the earth; he sends water on the countryside. (Job 5:10)

He casts forth His ice as fragments; who can stand before His cold? He sends forth His word and melts them; He causes His wind to blow and the waters to flow. (Ps. 147:17-18 NAS)

He calls for the waters of the sea and pours them out over the face of the land – the Lord is his name. (Amos 9:6)

Continually, the Lord God accomplishes the amazing cycle of grace.[3]

And God is able to make all grace abound to you, so that in all things at all times, having all that you need, you will abound in every good work.

Thanks be to God for his indescribable gift!

That stunning experience with God happened years ago. And still, recalling it, I smile with delight. But here’s what delights me far, far more:

Every moment, every day, God’s grace is flowing – regardless, regardless, of what else is happening.

The God of all grace invites us – and he himself stands ready to teach us – to live in that superabundant flow.

[…] March 2021: Rebecca Davis has reposted this post on heresthejoy.com, under the title, The Amazing Grace Cycle. In her introduction, she sets what I say here into the context of my life. As she affirms, I’ve […]

I try to read her blog. When I click on the link, it says it is a security risk and I cannot open her blog.

If that doesn’t work, you can type in the search bar “Key Truths Deborah Brunt” and see if you can access it that way.

It’s amazing the cyclical nature of Grace. Something we see throughout the Scriptures, especially evident in the story of Esther, if you know the backstory. I always used to think that grace was a one-time thing. That if I messed up and got it wrong, then I’ve “missed it”. But that’s not God’s grace. It’s like an ever present constant. Once I walked through inner healing, I started to understand grace differently.